After the Las Vegas tragedy, we must support each other and resist the political forces enabling gun violence 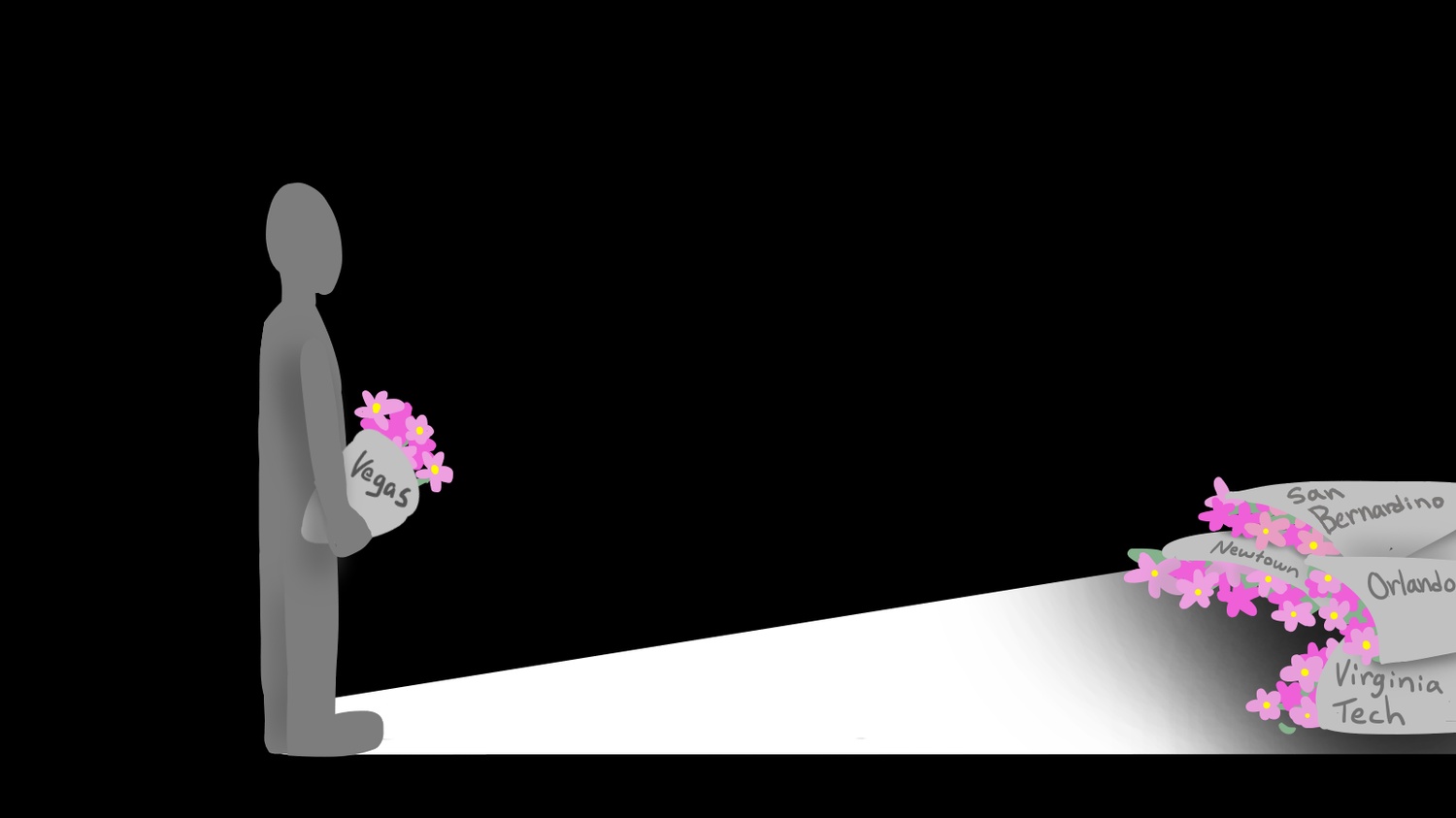 By Madeline R. Dorroh
By The Crimson Editorial Board

Our campus, and our country, awoke Monday morning to news deeply shocking yet fundamentally unsurprising. A lone shooter in Las Vegas fired hundreds of rounds of ammunition from his 32nd floor hotel room into a concert below, killing 58 and wounding over 500 before taking his own life, in the deadliest mass shooting in the United States in recent history. As we struggle to come to grips with this absolutely heartbreaking tragedy, we, as Harvard students and as Americans, feel multiple reactions are appropriate and necessary.

In the aftermath of such a terrifyingly immoral and shameful act, we must actively demonstrate support and empathy for one another as we seek out this compassion in our own grief. No matter our background, we all experienced the same horrified reaction Monday morning, and we must channel this unity in anguish into helping one another cope with this news. On campus, we must actively encourage our communities, especially the Houses, to direct students’ attention to the resources our school offers, from formal counseling to simply caring for each other. Similarly, we must commend those who give this support in this trying time.

As we grieve together, however, we must also be outraged together. In the past 477 days, there have been 521 mass shootings in the United States—over which time Congress has done nothing. Barring any action on our part as a country, there is no reason to believe this horrific trend will abate. At first, we may feel helpless in the wake of such carnage, but, even as students, we can and must play a role in curtailing this country’s gun violence epidemic.

To do so, we must first not hesitate in naming the organization primarily culpable for perpetuating the status quo. The National Rifle Association funds politicians to further its agenda by blocking even the most basic legislation—supported by a majority of Americans—that enacts universal background checks, stopping the mentally ill from purchasing guns, and curtailing the type of weapons and ammunition that can be purchased. The NRA has even managed to block governmental research on the effects on gun control on public health. Its influence allowed the Las Vegas gunman to legally purchase the 23 guns he used, and legally modify 12 of of them into functionally automatic assault rifles. After the shooting, the NRA has gone totally silent, and the politicians it has put into office have Tweeted condolences in lieu of real action. On the other hand, in countries with no analogous pro-gun organization as powerful as the NRA, mass shootings have been followed by comprehensive, successful gun regulation.

Even as students with no direct role in American government besides voting, we can and should take concrete action against gun violence. Those of us who are represented in Congress by NRA-backed politicians should contact them to lobby for action on gun control, and should refuse to support them in future elections if they take no action. Given the repetitive nature of gun violence tragedies, we must also fight the pressure of desensitization to continue these conversations about the best ways to research and regulate American gun violence.

More Americans have died from gun violence in the U.S. since 1968 than in battle since this country was founded, and Las Vegas is merely the latest incident in this disgusting trend. We must address this at an interpersonal level by providing and accepting the emotional support for each other necessary during this time. We also must confront this as a campus by promoting our school’s resources for students and examining security measures to reduce the probability of this happening at Harvard. Finally, we must take on this issue as a country, by fighting the pervasive influence of the NRA and the politicians it has bullied into working against solutions to our gun violence epidemic. If we fail to do so, we have every reason to expect another Las Vegas.