Dennis J. Carlone, an urban planner and architect, is currently in his second term on the council.
By Shera S. Avi-Yonah 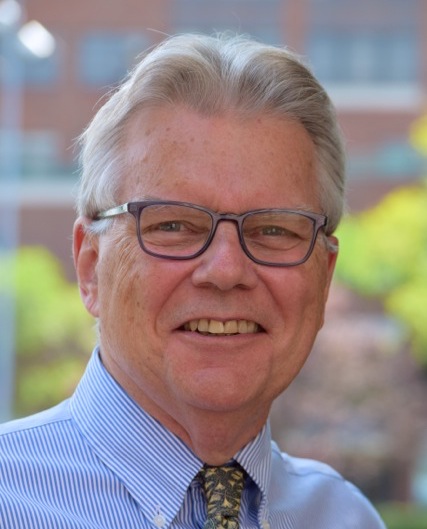 By Courtesy of Dennis Carlone

Dennis J. Carlone, an urban planner and architect, is currently in his second term on the council. Since he was first elected in 2013, he has served as the chairman of the Ordinance Committee and spearheaded the plastic bag ban and the Cambridge Master Plan. Carlone is particularly interested in zoning regulations, noise pollution, campaign finance, and environmental sustainability. Carlone is also one of five candidates for City Council endorsed by Bernie Sanders. Carlone has lived in Cambridge for over forty years. In 1976, he received his Masters from the Harvard Graduate School of Design.

DENNIS J. CARLONE: Well, when I first ran in 2013 there were three issues, and they’re all still very relevant. Obviously affordable housing, which I’m sure you’ve heard about. My children can’t live here once they have kids unless something dramatic changes. That’s been an issue I’ve focused on all along, as soon as I got on, and it’s still a major issue.

Number two is pre-primary education. We’ve moved forward on that, but there’s still 800 people on the waiting list, and that’s just for four year olds. Doesn’t include two and three year olds.

And lastly, and it’s still an issue, the master plan. Cambridge did not have a master plan for fifty years, and I pushed that. And here’s the thing—the state requires every city and town to have a master plan. We somehow avoided that, and here we are in the middle of major development, major change, major traffic, lack of open space—all these issues, and we don’t even have a strategy to tie it all together. On top of that, it’s environmentalism, with the change in the climate. But I’m the guy who pushed through the plastic bag ban.

DC: We did expand what the developer requirements are from 11.5 percent of the new units to now 20 percent, so we’re about as advanced as any city in the country on that. But here’s the difference, we can’t just rely on developers, we have to use all the other tools.

There’s zoning. Central Square was just rezoned, and the density you could build was increas if half the new development is housing. There’s no question we should be building affordable housing on the parking lots that the city owns, mostly parking lots.

My background in architecture and urban design taught me how to bring people together, how to understand all the issues and then come up with a scheme or a philosophy that addresses most, if not all, things. Maybe like a 90 percent. You’re never going to solve everything.

THC: Do you think the City Council has done too much to respond to Trump and should focus more on local issues?

DC: Some people focus on Trump. I focus on what’s important to the city. Look, I don’t like the guy, I think he’s stupid. But he’s the president, and if he’s smart he’ll be able to stay in office for four years. And so far, many of the things he tried to do he hasn’t succeeded. So I believe in the system, but I focus on Cambridge.

DC: You probably already know that the number of cars with residential permits in Cambridge has been decreasing. And, in part it’s your generation using more bikes. We have a number of coffees at night where you meet people in neighborhoods. And I would say half the people there say they ride bikes. They were a little younger than me, it wasn’t just people that are in college or grad school. And they loved it. So there’s a creative way to balance this.

DC: If you look at Harvard Square, actually there are only really a few key buildings, and those should definitely be saved. And then the new developments should fit in and enhance the old buildings. I’m part of the rezoning of Harvard Square that’ll be coming up in November, and part of it says that any new building needs a special permit. So you can build up to 65 feet; if you go over 65 feet in height you need a special permit. And most new buildings will go above that, with a setback—you have to put 50 percent of that in to small, local retail frontage. And this is a way developers will be forced to look for small, unique shops that used to be in Harvard Square when I was here. Harvard Square used to primarily be that, small shops of interesting variety, but now we’re losing that.

DC: I just want it in separate spaces. On top of that, I don’t want a storefront, retail. I want it to be more like a doctor’s office, if you will. Medicinal, that’s easy. If there’s medicinal in one place, recreational should be, I don’t know, at least 500, 1,000 feet away. Just so it doesn’t become so dense with activity, but spread it out. And, you know, I’ve been to Amsterdam, I know there are different worlds. It might come to that, but the first shot at it, let’s do it in an intelligent way. A number of towns have refused it. And you probably know that there’s at least five companies that want to open up medicinal here. And we only need three to serve the public. So, I think you’re going to see more and more in the liberal towns, so we have to be careful. I have no problem with it.