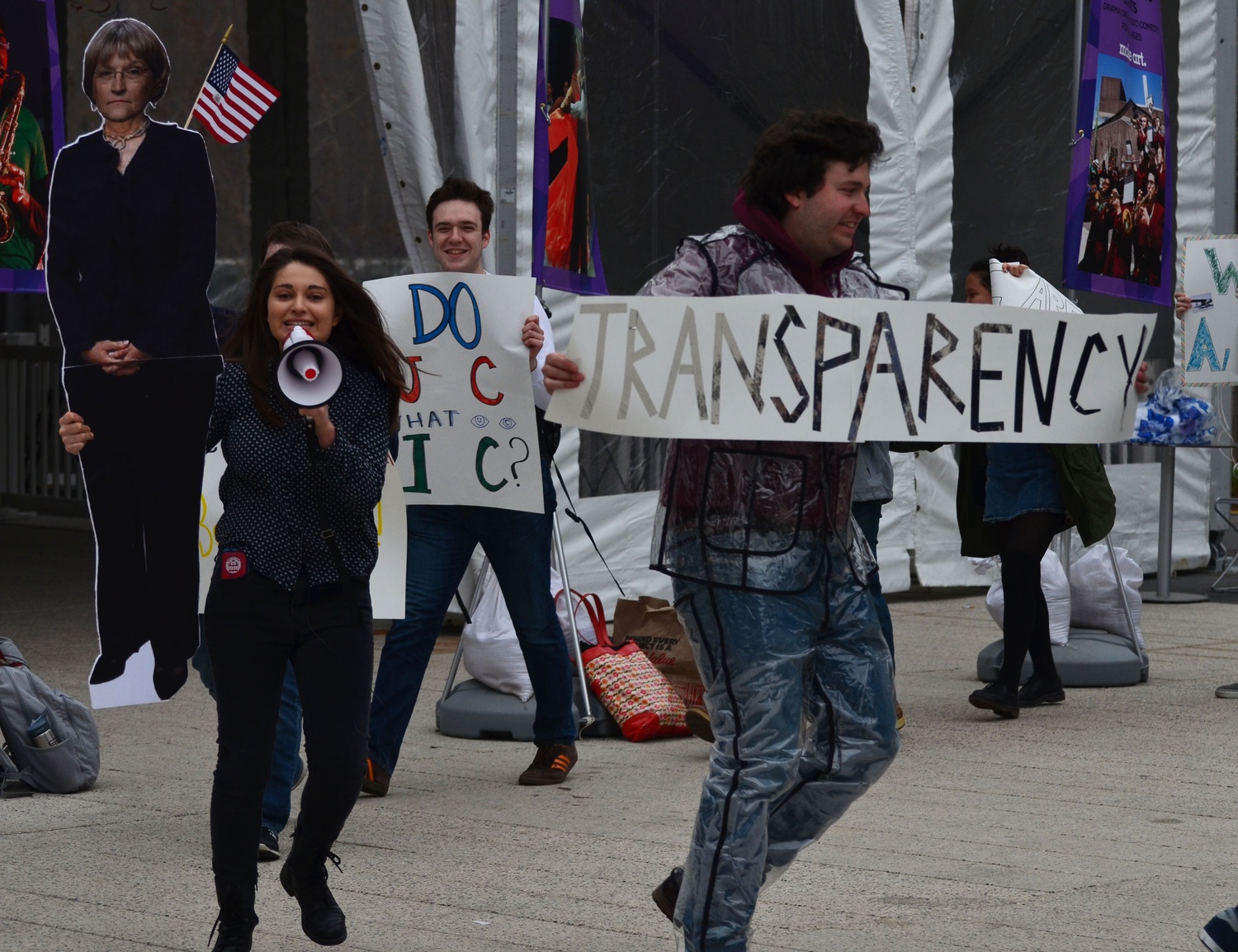 If Satire V and On Harvard Time have their way, undergraduate voters in this fall’s UC elections will be casting their ballots on whether or not to make a rare virus the “official disease” of Harvard.

The effort—which will succeed if a petition backed by the two groups garners 650 signatures by Nov. 5—would list “Should mumps be the official disease of Harvard?” as a referendum question on the ballot of the Undergraduate Council’s upcoming election.

Last year, the comedy groups backed a similar attempt to make the Harvard turkey an official mascot. Though the turkey referendum successfully made an appearance on the ballot last year, it failed to pass. Satire V President Antonia Chan '18 said she hopes that this year will bring a serious debate on the significance of mumps in the Harvard community after the UC “ignored” the turkey question last year.

“I think it’s high time,” Chan said. “We’ve had a weird outbreak every single semester, so give UHS the recognition they deserve for giving us an official disease.”

Mumps took campus by storm the in spring of 2016 after two confirmed cases snowballed into a total of 66 cases amongst Harvard affiliates. Several students were held in quarantine as University Health Services tried to halt the virus’ spread.

As of June 2017, there were still two cases of mumps at Harvard. Although no new mumps cases have been reported this semester, both On Harvard Time and Satire V said they hope to memorialize the impact mumps had.

“Mumps has proven that anyone, regardless of race, religion, gender, or sexual identity, can be quarantined in the Harvard Inn,” a Facebook event description for the petition reads. “In light of recent conversations about institutional elitism, we need mumps more than ever.”

According to On Harvard Time Producer Tess Saperstein '18, other contenders for the proposal included recognizing Hand, Foot, and Mouth Disease—after confirmed cases of the ailment, which generally affects infants, in Currier House— and endorsing the Harvard Turkey as University President Drew G. Faust’s replacement. Ultimately, Saperstein said, the collaborators decided that mumps “really represented the zeitgeist of Harvard.”

“What’s most important is that we give the people a choice, give Harvard students the options, and then let democracy play out,” Saperstein said.

Not all students are sold on the implications of this year’s proposal to honor the infectious disease, though.

“I mean people have been quarantined for it or whatever, but honestly I think it is embarrassing. I wouldn’t want Harvard to be known as the mumps college,” said Krystal Howell '18.