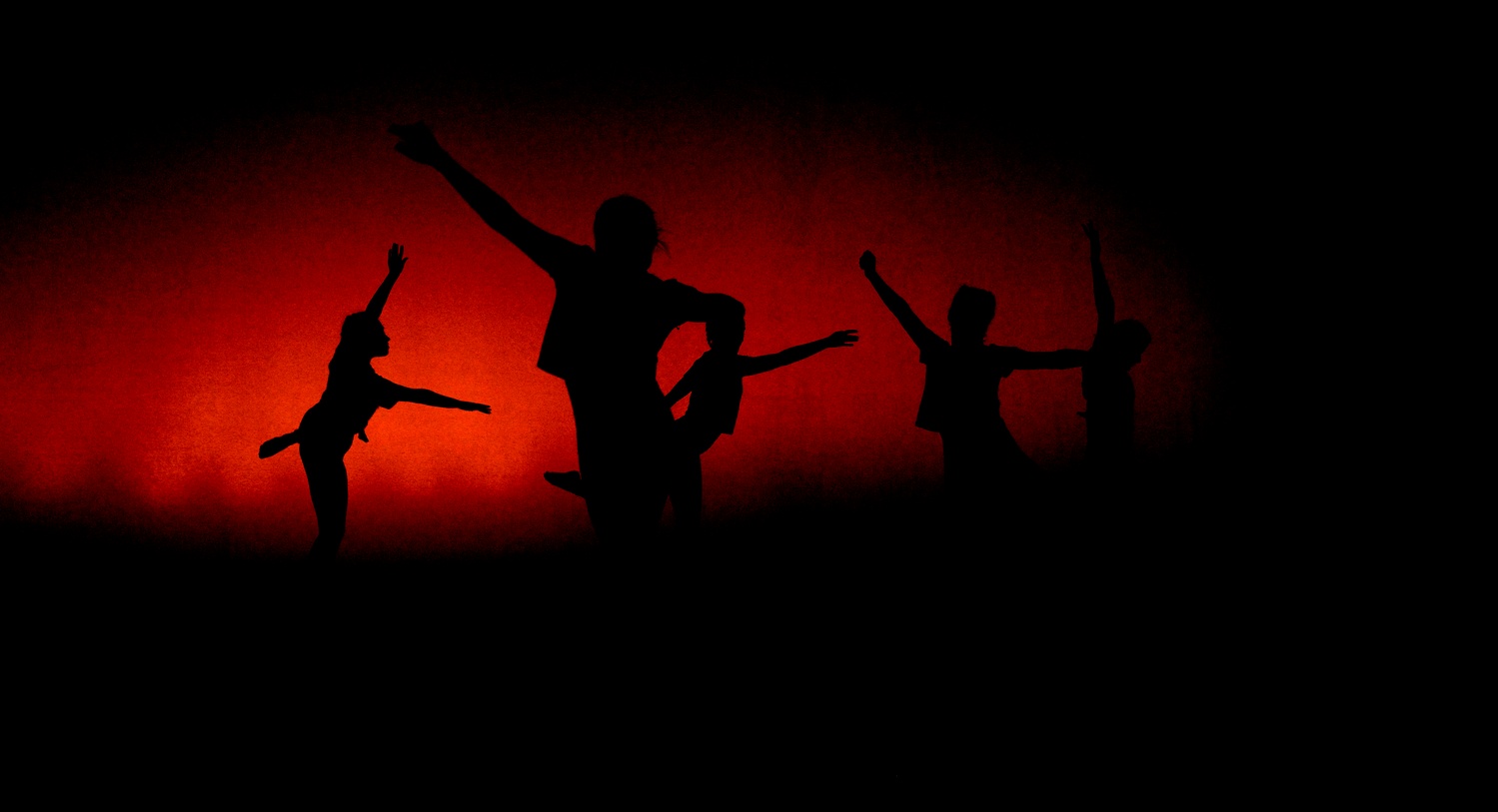 Dancers at 'Theories: By Saul A. Urbina-Johanson
By Tiffany A. Rekem, Contributing Writer

“Theories,” presented by the Harvard-Radcliffe Modern Dance Company, drew inspiration and guidance from scientific and sociological theories, connecting the written word with abstract movement. Directed by Gabe S. Martinez ’18 and produced by Sarah E. Coady ’19, the production embodied the essence of the liberal arts ideal.

HRMDC’s production incorporated technology and abstraction into the viewing experience from the get-go. The first visual on stage was a projection of falling snow made into a three-dimensional experience by the use of two layers of screens: one transparent and one opaque. The lighting design was also used to intensify the visual and emotional impact of the dances themselves; the location of the show at Farkas Hall made this possible. Coady remarked on how helpful the staff at Farkas proved to be for the show. “We’ve also been very fortunate to be working with John Malinowski, who is our lighting designer,” she said. Harvard’s Office for the Arts subsidized the hiring of Malinoski for “Theories.” The professional quality of the lighting design at the show was clear, with schemes shifting from apricot to sunset to crimson to deep blue and magenta hues.

All thirteen pieces were choreographed by a student with a particular theory in mind. “Each choreographer was given the opportunity to choose any scientific theory or sociological theory that they were interested in exploring through dance, so we were pretty hands-off on the process of that. Each piece is definitely each choreographer's own making,” said Martinez.

Each piece was prefaced by a brief introduction of the foundational theory. A montage of graphics illustrating the concept as well as the definition of the theory itself projected on the screen made for a clear communication of the idea that inspired the choreographer.

The show opened with “But What Do You Think?” created by guest choreographer Oona Wong-Danders. The piece played with the theory of collective effervescence (when a community comes together to simultaneously communicate the same thought). Wong-Danders depicted the act of coming together through teamwork and choreography that highlighted the physical dependence of the dancers on one another.

Following this piece was “On The Phenomenology of the Suburban Antiseptic” by Sunah Chang ’20, inspired by the theory of mob psychology and danced to a remixed version of Doris Day’s “Que Sera, Sera.” Chang’s piece spoke to the conformity in suburban America during the ‘50s and ‘60s. “I really wanted to explore that idea of how people find collectivity in strange and dangerous ways and lose their individuality in the process,” she said. Her dancers wore flowing dresses with floral patterns, reminiscent of suburban housewife outfits in the mid-twentieth century. While some of the pieces such as this one used costumes, many did not, placing the dancers in plain garments instead.

“Theories” maximized the space of Farkas Hall for an immersive experience. Dancers used the side aisles and ventured into the seating rows in several pieces, most prominently in “[ . k . i . k . i . ]” by Tiffany Y. Lau ’19.

“There’s some thematic overlap between theories,” said Martinez on the ideas upon which the pieces were based. “Theories” made these overlaps apparent using unconventional methods. What resulted was an uncommon perspective crafted by student choreographers that demonstrated a living relationship between scientific concepts and artistic expression.