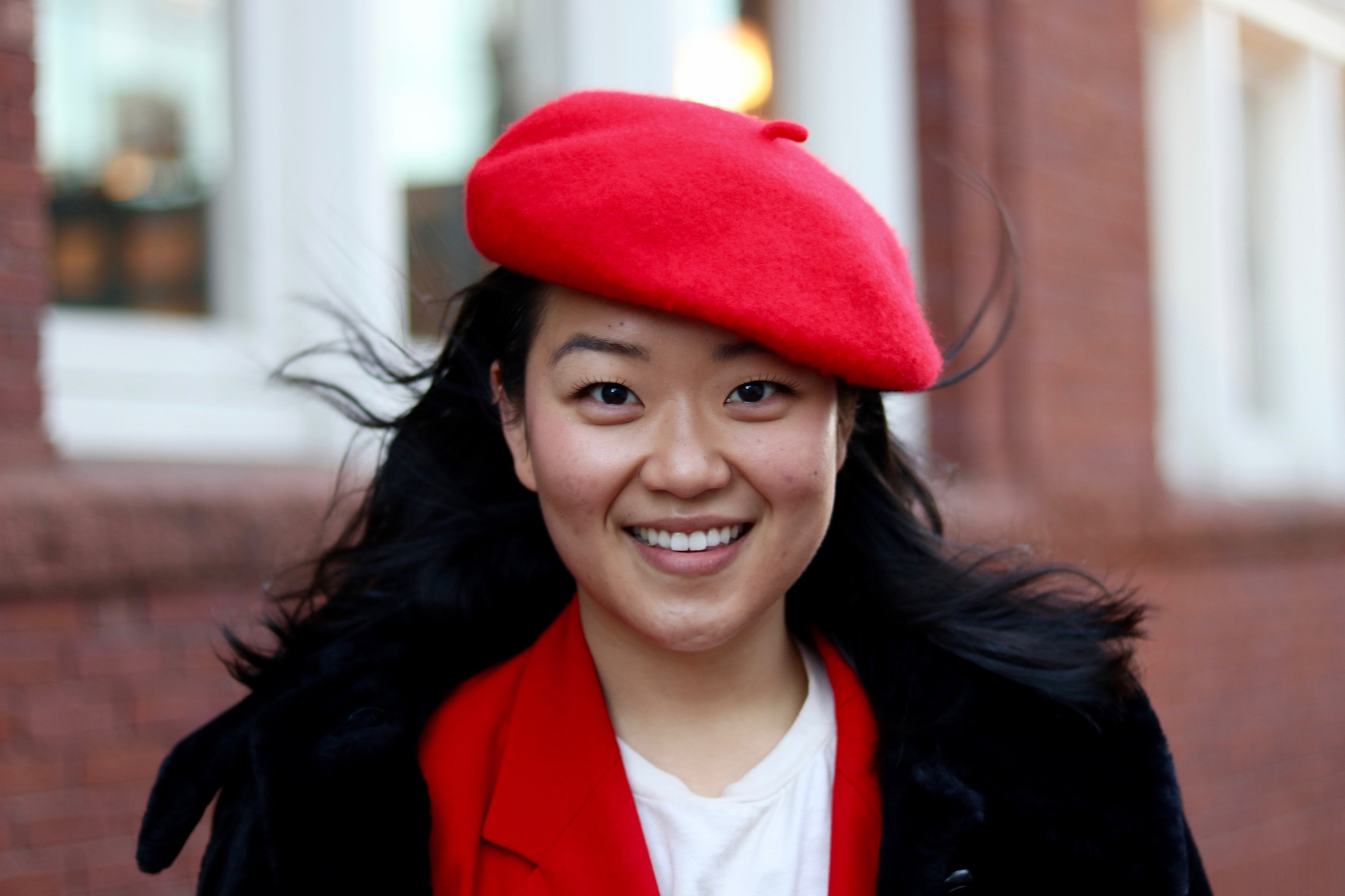 Deep in CGIS North lies the Winter Garden. It’s a slice of the outdoors nestled within the Fung Library, with fresh air, cool stone, softly running water, and leafy green plants. The room is almost solely lit by a skylight, meaning that there is barely any light by the time Birdie Park ’18 and I arrive for our interview.

“I named myself,” Park tells me with a smile as we settle in by the shallow pool. “Senior year of high school I watched a movie on Netflix called ‘A Case of You’ and the main character’s name was also Birdie. Her parents were hippies in the ’70s and they felt constrained by worldly barriers. They wanted their daughter to fly away from all that. So they named her Birdie. I felt like that resonated so much with my life, so I decided to rename myself.”

You might know Park from her fashion blog, “Birdie In The Park.” She describes her personal style as eccentric. In college, she says she has felt more comfortable letting that eccentricity show. “I like the idea of being different, so I think I’ve gotten a little wilder with it,” she says. 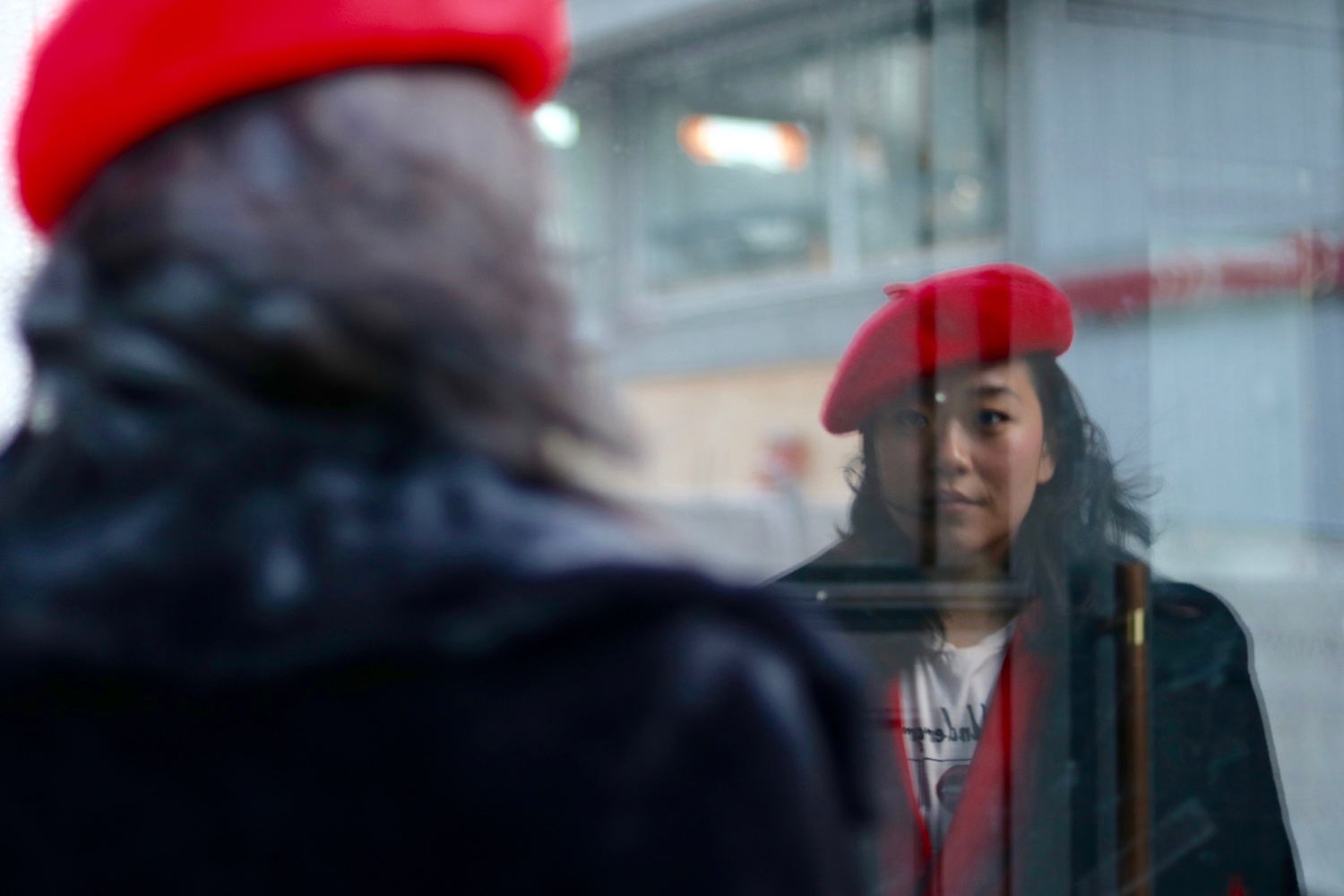 For Park, fashion is also a way to explore her identity as a first generation Korean American. Hoping to challenge perceptions of Korean clothing that she says don’t reflect modern style, she takes inspiration from Korean TV dramas, specifically citing the show “20th Century Boy and Girl,” for some of her own style. “It’s not what you would normally think of as Korean,” Park says. “It’s not these old traditions. It’s jeans, sneakers, shirts. It’s the way that they put everything together that makes it Korean.”

“I think my real interest in the future is learning how Korean Americans trace notions of ethnic authenticity through their sartorial expressions, especially as the world becomes more and more globalized,”she says.

Park also uses fashion to challenge assumptions about femininity. “I think what I’m trying to do, in my humble way, is to play a game,” she explains. “It’s a game of allowing other people to see how complex women are. I think a lot of the times by the way that I dress, people think that I am a flamboyant, very extroverted and easygoing person, which in many ways I am, but I’m not limited to that. You can’t judge who I am, or encompass me by the way that I dress.”

A less public part of Park’s life is her relationship to the Christian faith, which hasn’t always been straightforward. “I wouldn’t necessarily call myself a religious person, but I would say that I’m very spiritual,” Park says. “When it gets to more political issues, and more personal battles, like the ways in which white missionaries went to Korea and used it as a form of soft power and grappling with that history and how I fit into that, it can make me doubt a lot of my faith and makes me want to turn away.” 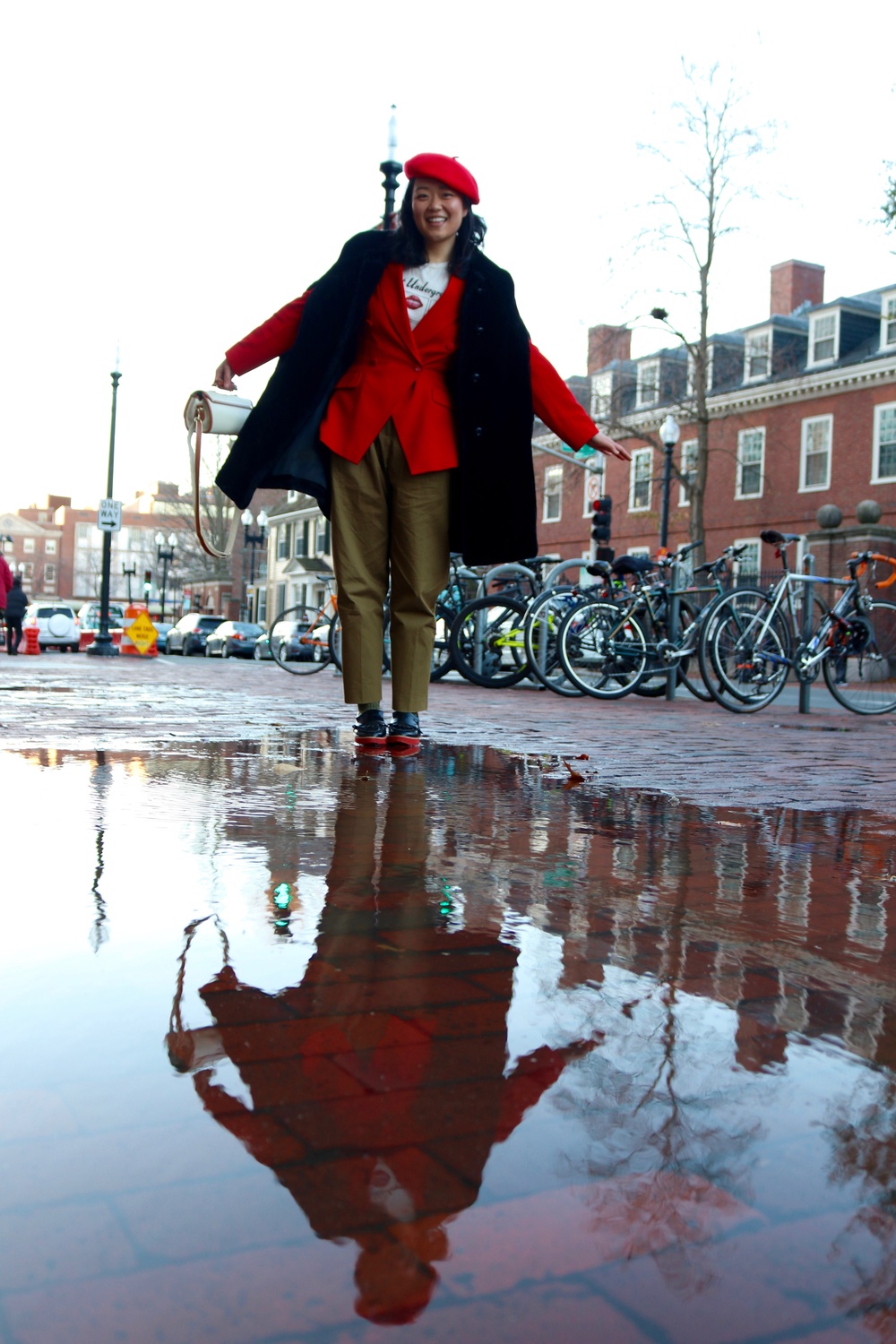 Yet Park says that the “worldly” elements of faith brought her back to the church. After she felt suddenly overwhelmed by the sense that she didn’t belong at Harvard during a freshman bible study, for example, an upperclassman in the Harvard-Radcliffe Asian-American Christian Fellowship visited her dorm and brought her snacks and kind words.

“I barely knew her name at that point,” Park says. “That’s so much of what AACF has been for me. Even when I haven’t been ready to receive love, I’ve been loved on. And I feel like it was such a selfless love, and a love that didn’t make me do anything in return, that makes me in moments of doubt believe in a higher power that makes this possible.”

I ask Park if she has any advice for incoming freshman. “I don’t want to say anything cliche,” she jokes. “Follow your heart!”

Park tells me how lost she felt arriving at Harvard as a first-generation student. In high school, she felt as if she always had a clear path to success, predetermined steps that would lead her to be valedictorian and get into a good college. As a freshman here, there were no more obvious steps to take.

“It took me awhile to feel comfortable in that unknowingness,” she says. “The only thing that I could listen to was what I liked to do. Looking back at my transcript, it follows a whole story, but not a story that I had to outline. It just came into being, because I followed what my heart was called to do.”

So… follow your heart, after all. It’s a cliche for a reason: it’s not bad advice. Park tells me that her longshot goal is to be a talk show host, like Oprah. After our conversation, I wouldn’t be surprised if a few years down the road I find myself shopping from a list of Birdie’s Favorite Things.