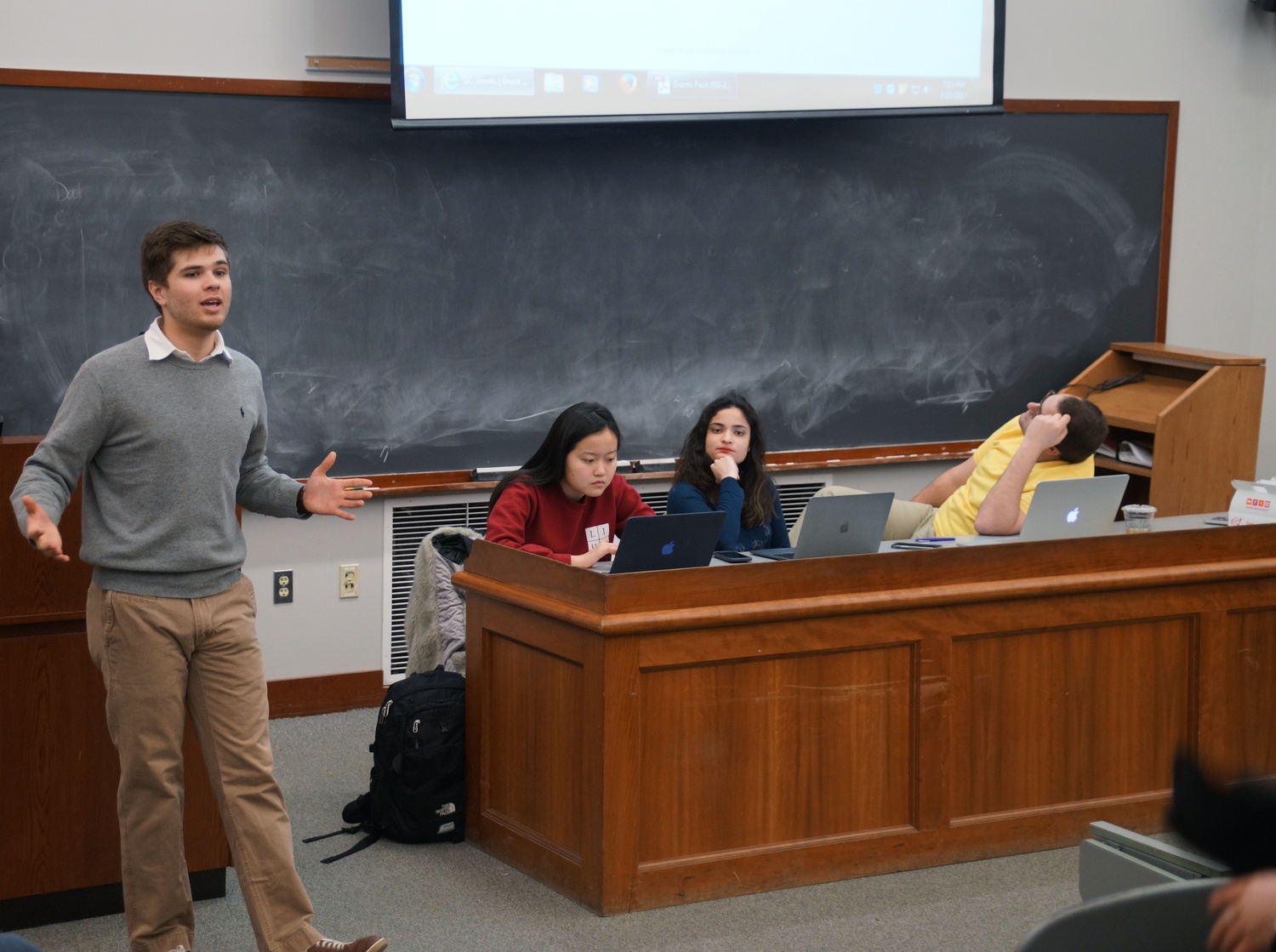 The legislation, sponsored by Crimson Yard representative Arnav Agrawal ’20, passed unanimously. According to Agrawal, the tampons will be located in each of the four freshman yards. He said the Freshman Class Committee hopes to make the tampons easily accessible and combat “taboo” campus attitude towards menstruation.

“We want to focus on having the greatest geographical and popular impact in several locations,” he said at the UC’s general meeting. “We’re just going to provide them next to the condom dispensers that are formally in place in common rooms. So it has no relations with public bathrooms or in-suite bathrooms, it’s just going to be places where more people can access it.”

In presenting the legislation, Agrawal said he was happy to introduce legislation of the kind, adding that he finds students seldom discuss menstrual health at Harvard.

“There is a certain stigma with menstrual health on campus,” he said.

Agrawal said he will collecting feedback from students to measure the program’s success during the month-long pilot.

“We plan to conduct a midpoint survey after two weeks to gauge the effectiveness. We’ll also conduct a survey after the end of this month-long pilot project and we’ll also have a small town hall, where we can collect feedback from students,” he said.

UC President Yasmin Z. Sachee ’18 asked Agrawal if there were measures in place to control whether or not the products would be distributed equally among students. Agrawal said he plans on monitoring the tampon supply in order to prohibit students from taking too many.

Afterwards, Eliot Representative Mati C. M. Reed ’19 presented legislation funding student events with the Council’s Grant for an Open Harvard College. Council members said they were concerned about funding for a Sexuality, Health, Intimacy, Partnership party—the group requested over $4,000, but was eventually only granted $1,000—as well as funding for Presencia Latina and Brown Sugar, an annual event that the Council declined to fund through the grant.

“Even if they were to get a small amount of funding, I still think it’s important procedure for them to go through FiCom first, as they are a recognized student organization and FiCom should be their main funding source,” Khansarinia said.