'The Young Pope’’s Standard is Still Far From Ordinary 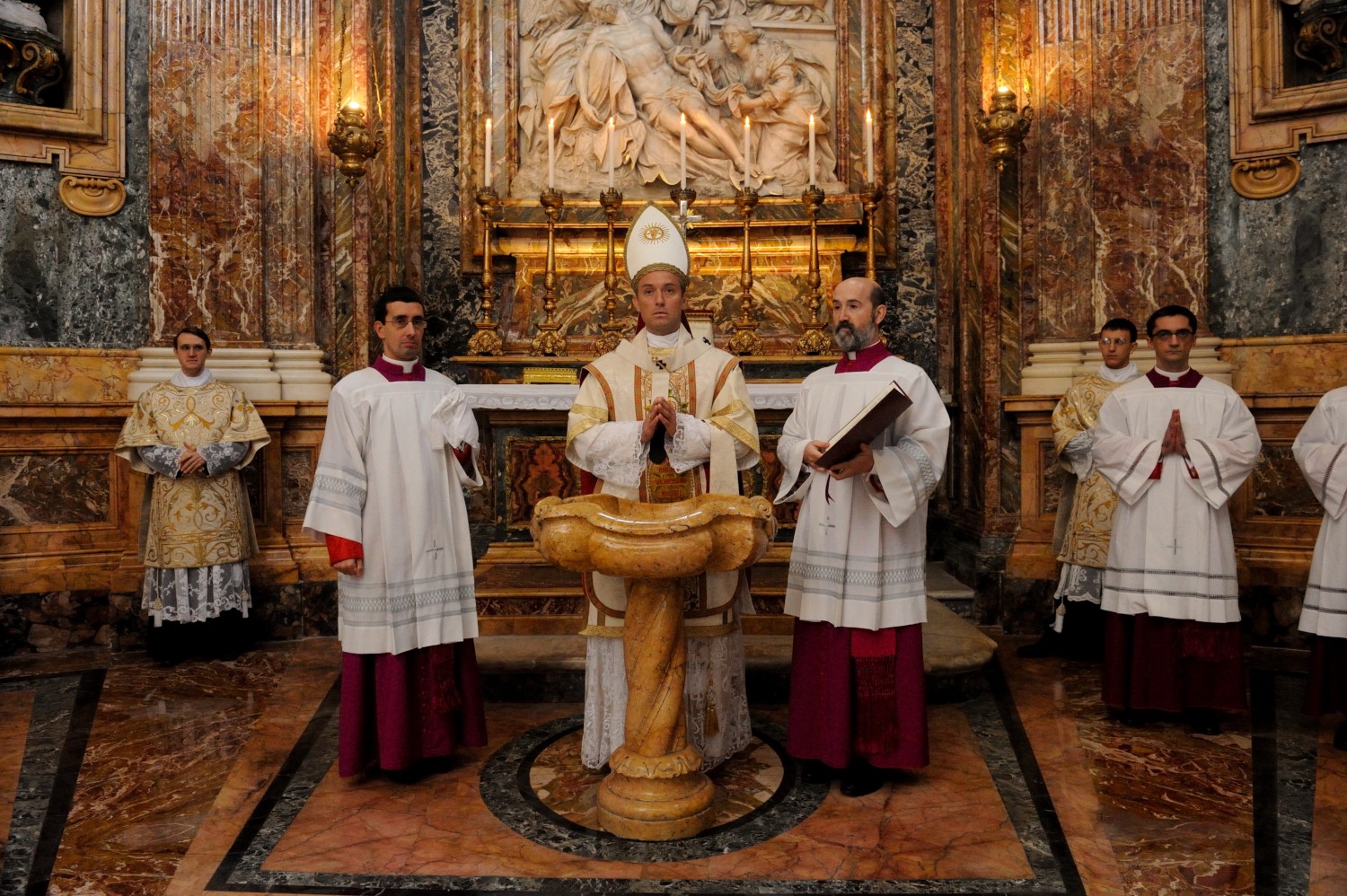 The fourth episode of "The Young Pope." By Courtesy of HBO
By Kalia D. Firester, Crimson Staff Writer

In this week’s episodes of “The Young Pope,” the Church struggles to get to the measure of Lenny Belardo’s ambition. Belardo emerges as a true villain, and the cardinals feel the weight of his foreboding statement: “You chose a pope you didn’t know.” Belardo has acquired grit as a antagonist. By episode four his political maneuvering has rendered him almost unrecognizable and made his conservatism all the more threatening. He delivers an egotistical press release through the mouth of Sister Mary, and after that, the last voice of supposed reason disappears. Belardo appears to have buckled down and started playing the long game. This growth has enabled a more intricate plotline and the show feels less avant-garde and more watchable. “The Young Pope” really finds its footing this week.

In episode three, the show slowly lets go of its indulgent camera work and electronic score in favor of simpler shots and a preference for sixties hippie rock. The show settles on its title sequence: Lenny Belardo strutting to “All Along the Watchtower.” He smiles to himself while being tailed by a comet in the paintings behind him. This visual might be the most compelling scene of the show. Episode two is dominated by the aggressively sacrilegious montage of Belardo getting dressed in his papal wardrobe to LMFAO’s “Sexy and I Know It.” That scene easily fell on the more contrived side of the thin line “The Young Pope” has been toeing. The title sequence, however, is much more tongue-in-cheek and harkens back to Belardo’s hippie parents, the origin of his staunch conservatism.

A variety of plots are in motion: Belardo has Sister Mary address the press with a statement that nearly claims absolute sovereignty. When chaos erupts among the reporters, no questions are answered (sounds familiar). Belardo is introduced to the tempting Esther, a wife of one of the pontifical guards, and confronts his spiritual father—Cardinal Spencer. These storylines are familiar and temper the strangeness of the show, allowing it to strike a balance between its experimental aspects and its enjoyability. The more conventional plot allows the viewer to explore the connections director Paolo Sorrentino draws between his show and the current political climate.

The show also begins to explore the relationships and physical attractions that come with having a pope less than half a century old. Belardo’s interactions with Esther continue to grow, and the attractive female Prime Minister of Greenland’s arrival allows Belardo to enjoy his ultimate unattainability. Belardo is far from sexless, as revealed by his stories about his first and only girlfriend. However, he appears to gladly forsake physical relations to relish his narcissism. An exploration of romantic or sexual repression seemed inevitable, so it is both satisfying and cliche to see it addressed early on.

In temperament if not in policy, Belardo drastically changes to fit the role of pope. Despite his feeling of scorn for his own more humane actions, he cordially baptizes infants, ships a nun’s sister's body to Vatican City for burial (admittedly he did tell the nun to stop crying at the funeral, but small steps) and did not suffer admonishment from Sister Mary. In a bizarre scene, he prays (rather demandingly) that Esther and her husband (both sterile) will be able to conceive. It appears that the young pope is becoming more cunning—like your standard villain. However, in a show in which a pope in a white tracksuit can run into a kangaroo in a hedge maze, “standard” is still far from ordinary.

—Staff writer Kalia D. Firester can be reached at kalia.firester@thecrimson.com.