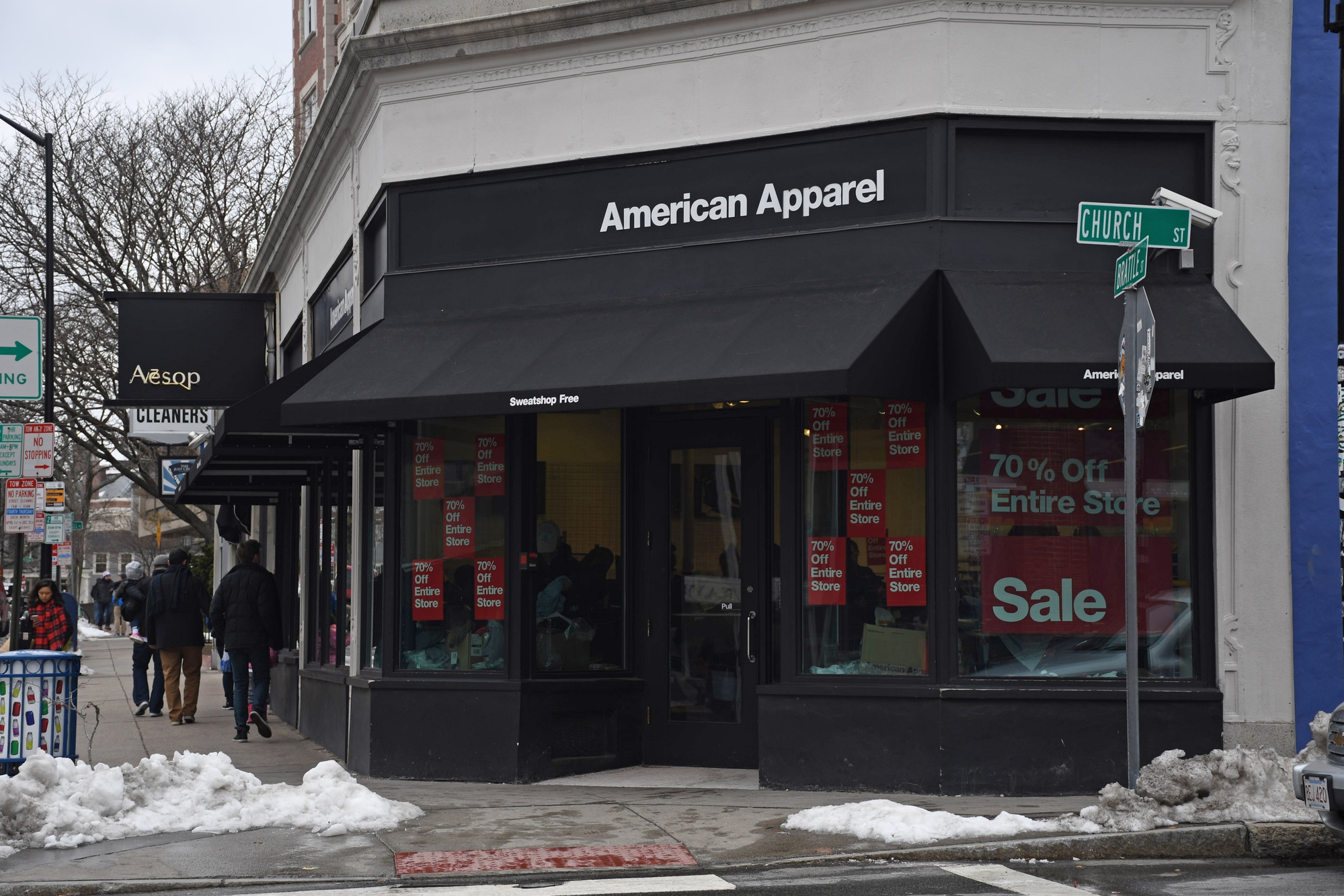 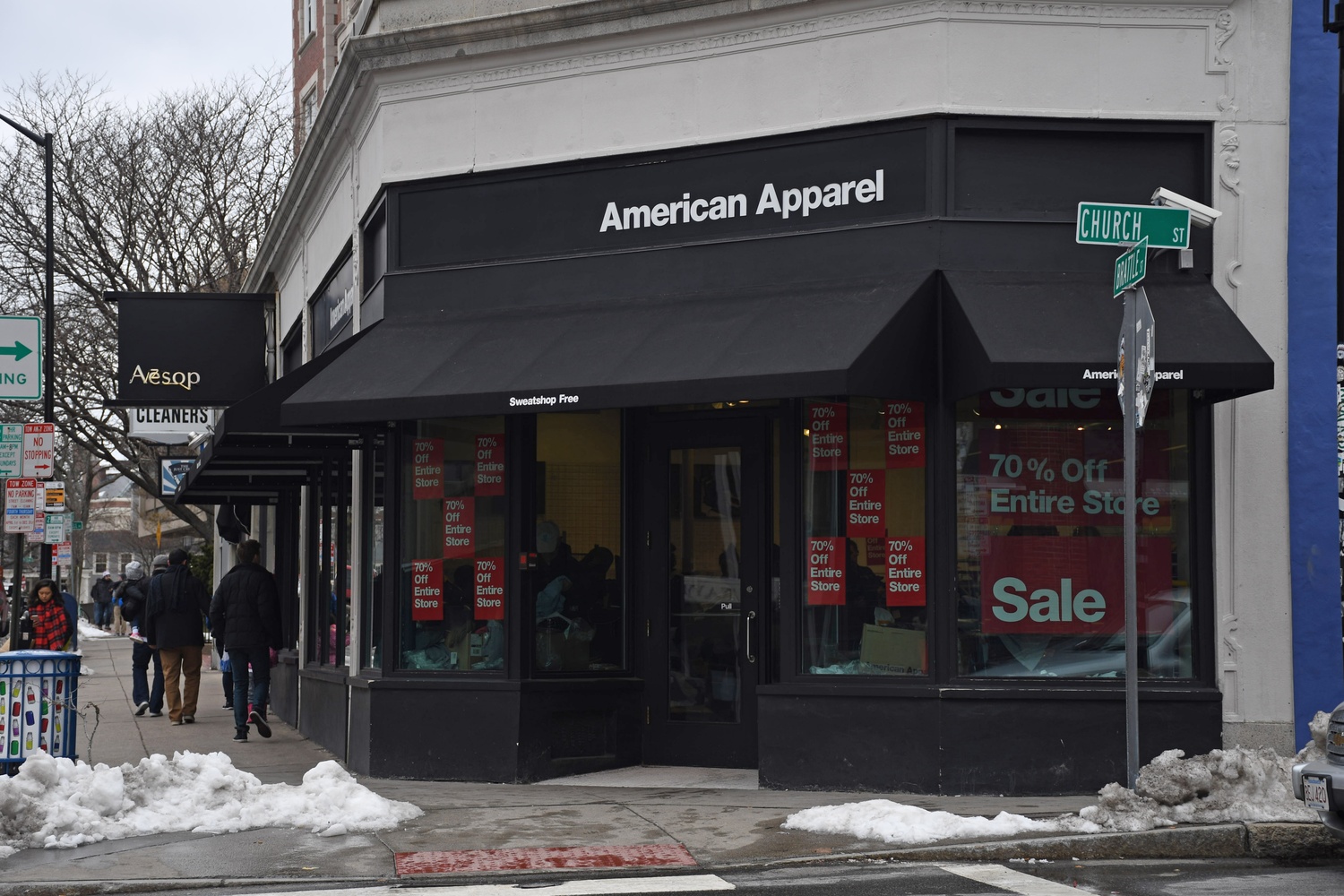 The American Apparel store on Brattle Street will close this month following the firm's bankruptcy. By Megan M. Ross

The company filed for bankruptcy twice, in 2015 and 2016, and was sold to Canadian clothing chain Gildan Activewear for $88 million in January. American Apparel plans to close all 110 of its stores by the end of April.

American Apparel declined to comment about the Harvard Square closure.

Although the store was not a member of the Harvard Square Business Association, Executive Director Denise A. Jillson recalled working with American Apparel early on due to a controversy over its advertising, which many have characterized as sexually explicit.

Jillson said the store sparked debate throughout Cambridge after they displayed posters of “provocative” advertisements shortly after opening in 2006.

“The community was outraged,” Jillson said. “Some of the model girls looked like they had been abused and they were black and blue marks on their body and they were sexually provocative.”

After a call from the City Manager, Jillson talked to American Apparel employees on behalf of the Harvard Square Business Association and asked they remove the ad posters, which they did.

“Such an odd company. I guess it doesn’t surprise me that they weren’t long-term,” Jillson said.

Students, on the other hand, were more disappointed to see the store go.

“I love American Apparel,” Nina Luo ’17 said. “I know that there is a lot of controversy with the company’s history and also founder, Dov Charney. I think, sort of setting that aside and looking at its design, American Apparel is emblematic of a certain generation of style.”

Kira S. Brenner ’18 said that American Apparel was a great place to shop for costume pieces.

“In general, I just like their store, it’s nice,” Brenner said. “They’re a good shop for very specific things, if you need something really shiny or just kind of crazy and out there, they’ve just got good stuff.”

Both Brenner and Luo said that they were interested to see what will succeed American Apparel at the soon-to-be vacant store.

“You know, it made being youthful, being ironic, being sort of playful, a very sexy and appealing look—I think it pioneered the Americana look,” Luo said. “So I’m really curious to see what will rise up and replace American Apparel.”