Pinkberry Pressed Out Of Square by Juice Joint 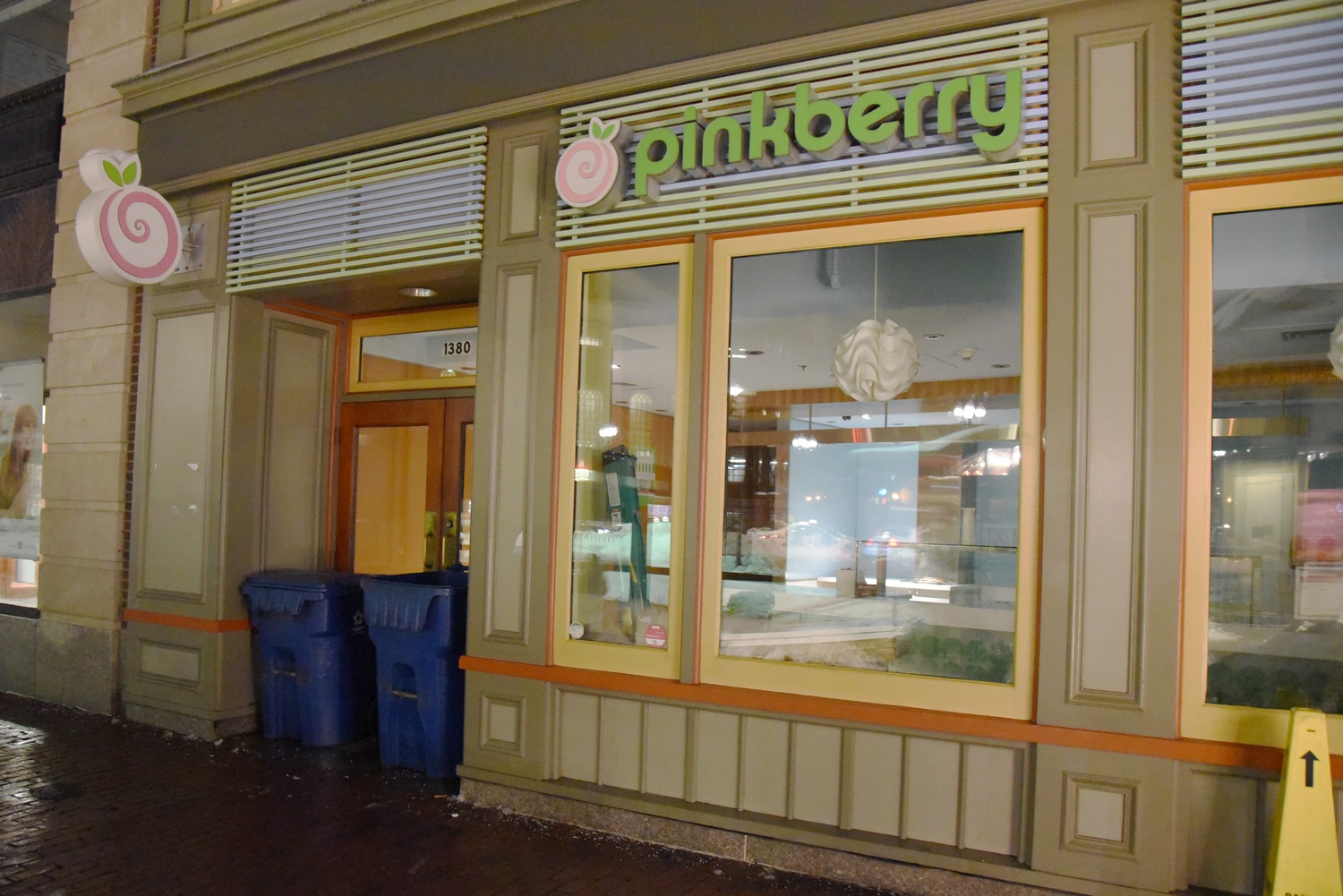 Out with the yogurt, in with the juice: Pinkberry has vacated its Harvard Square location to make way for Pressed Juicery, a California-based cold-pressed juice bar.

Pressed Juicery, which operates numerous locations on the West Coast, plans to move into the Square in late spring 2017. Pressed Juicery CEO and co-founder Hayden Slater said the company has been eyeing a Harvard Square location since March. The Square branch will be the chain’s third Boston-area location.

“There’s no question that Harvard Square is an integral part of Cambridge, and we’re very excited about the mix of like-minded businesses and overall accessibility and visibility in this location,” Slater wrote in an emailed statement. “We’re excited to add a healthy, convenient and affordable option for busy commuters, students and everyone in between.”

Slater wrote that Pressed’s cold-pressed juices will start at $6.50.

Pinkberry’s closure follows the shuttering of Yogurtland, another Square frozen yogurt chain that closed in 2015 just two years after it opened.

“Pinkberry is a national account, it's frozen yogurt, and again, when they first came, they were knocking it right out of the park,” Jillson said. “And then, the novelty went away, and now they're going to be replaced. But BerryLine's still here.”

Juliana C. Rogoff ’20 said she was unconcerned by Pinkberry’s departure.

“The only real frozen yogurt [in Cambridge] is at BerryLine. I have lived here my entire life, all right, and there was no fro-yo until BerryLine,” Rogoff said. “It is so annoying whenever someone’s like ‘Hey, do you want to get fro-yo?’ and you say ‘Yes,’ then they’re like ‘Meet me at Pinkberry’. That is not fro-yo, and it angers me.”

Henna Hundal ’19, on the other hand, said she was disappointed about Pinkberry’s closure. Hundal would often buy fresh fruit cups at Pinkberry, an offering she worries about finding elsewhere.

“The good thing is that at Pinkberry you could go and specifically request a fruit cup,” Hundal said. “I find that it’s really hard to come by mangos and blueberries and raspberries in the Square, and that was a really convenient option for me to grab a cup and go.”

Pressed Juicery will be the Square's second specialty juice store, joining Liquiteria, which opened in 2015. The store will offer a variety of juices as well as a soft-serve treat made from fruits, vegetables, and nuts.

“When our doors open, we welcome everyone to come in, sample as many products as they like and ask questions,” Slater wrote. “Our hope is to become a resource and convenient option for anyone looking to incorporate nutritious products into their routines.”

Alexandra M. Dobbins ’20, said she was never a big Pinkberry fan, but is excited that Pressed Juicery is coming to Harvard Square.

“I was never overwhelmed by Pinkberry, especially because it is so expensive, but when I heard you say ‘pressed juices’ I absolutely jumped at that,” Dobbins said. “I think it will add a nice, new kind of hip vibe to the Square.”