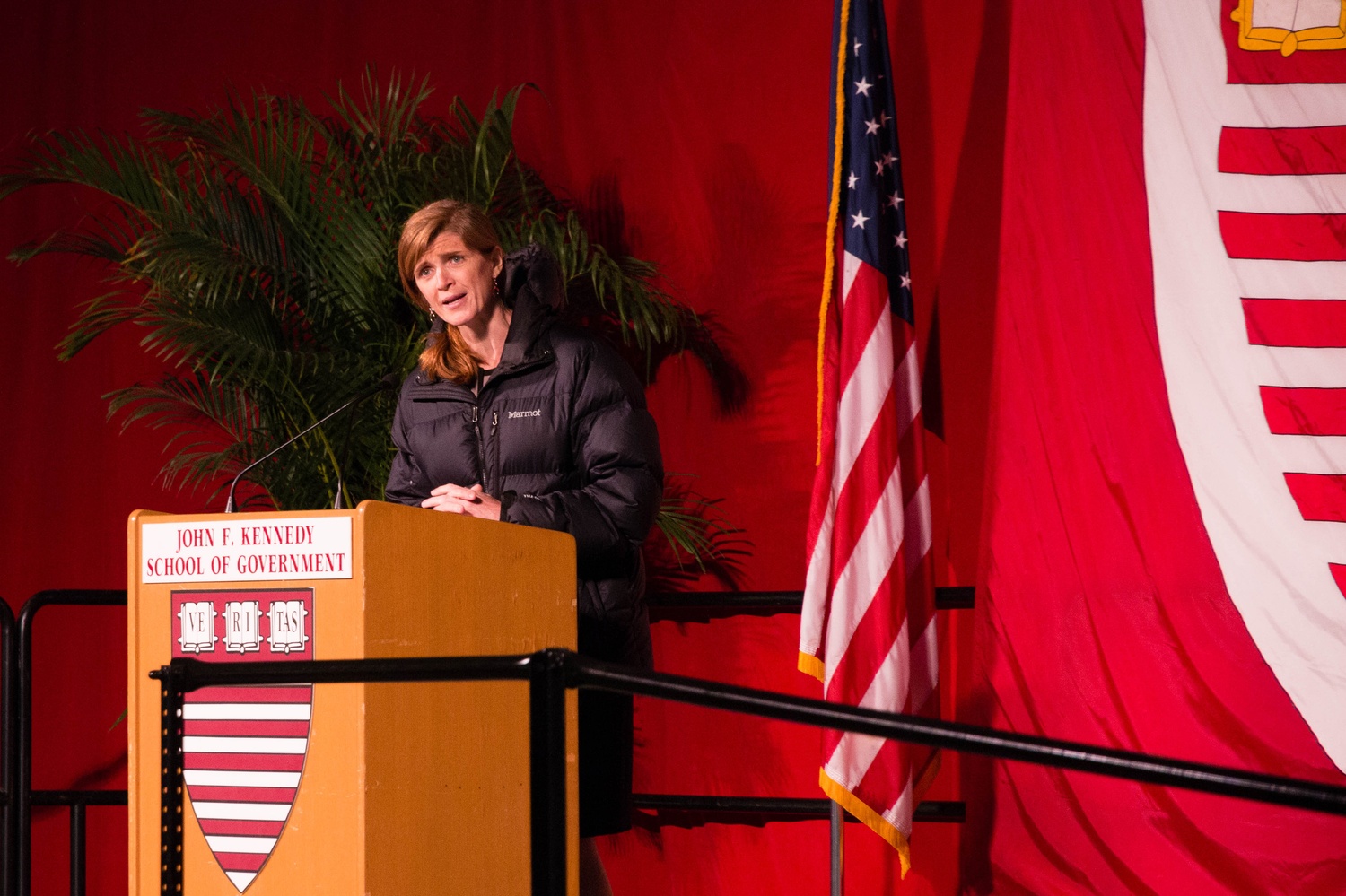 Samantha Power, the former United States Ambassador to the United Nations, has been jointly appointed to faculty positions at Harvard Law School and the Kennedy School of Government, the University announced in a press release Thursday.

Power, who served as the United States’ 28th ambassador to the UN from 2013 to 2017, previously worked at the Kennedy School as the founding executive director of the Carr Center for Human Rights Policy in 1998.

“As she joins the faculty of her alma mater and the faculty of the Kennedy School, her experiences, perceptions, and commitments will offer invaluable illumination of laws, policies, politics, ideals, and realities essential to the pursuit of justice, human rights, and international relations,” Minow said.

“Power’s record of public service speaks volumes about her knowledge of and commitment to diplomacy, human rights, international justice, and the rule of law,” Elmendorf said.

Power, who received her J.D. from Harvard Law School in 1999 and won a Pulitzer Prize for her writing on the American response to genocide in the 20th century, said in the press release that she is excited to return to Harvard.

“I believe it is essential that we do all we can to ensure that graduates have the skills they need to succeed in messy geopolitical and multilateral environments,” Power said. “Given the daunting challenges we confront – whether from terrorism, rising nationalism, climate change, or mass atrocities – it is essential that we in academia draw lessons from experience, devise practical approaches, and prepare the next generation to improve their communities, their countries, and the world.”