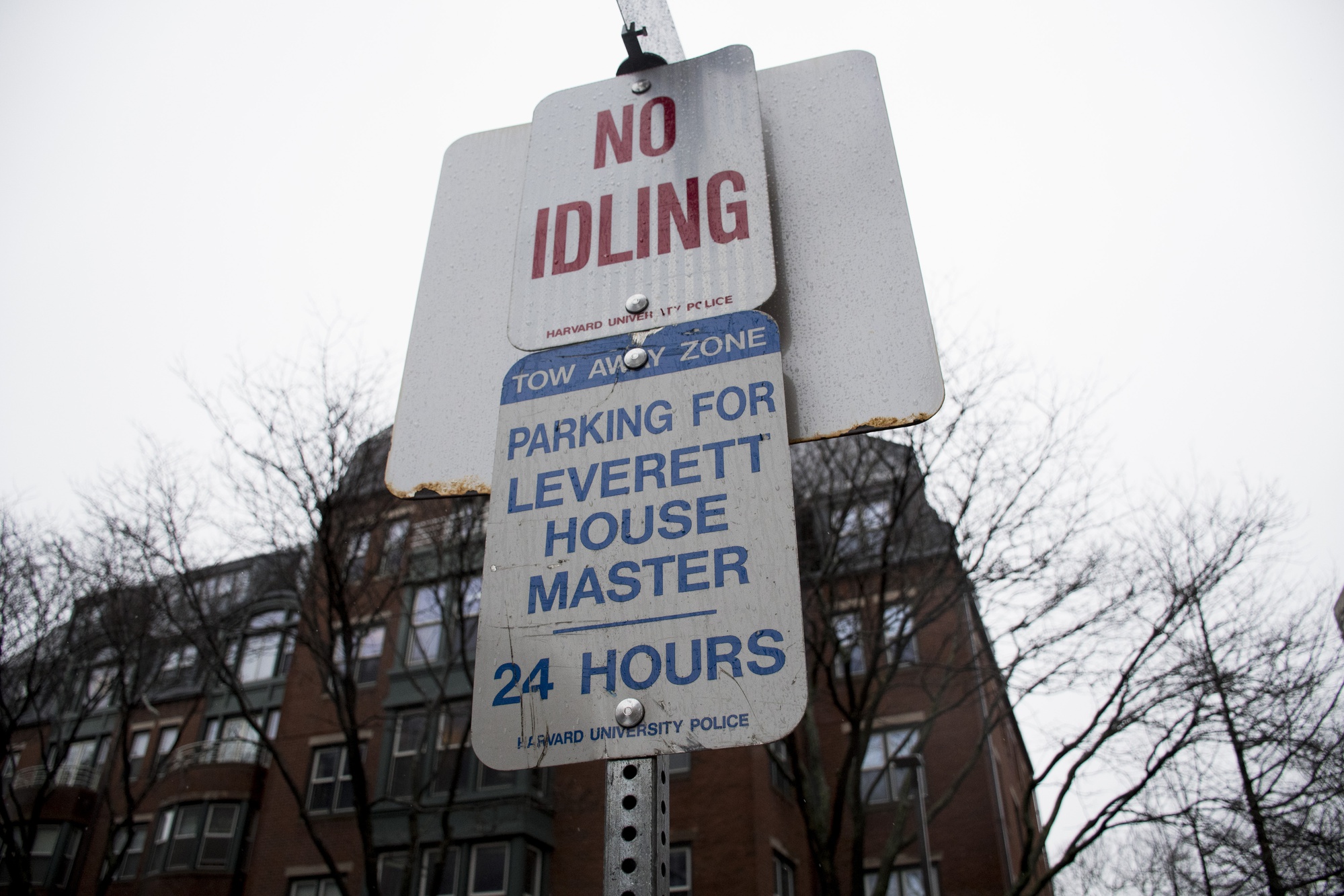 When the heads of Harvard’s 12 undergraduate Houses unanimously agreed to abandon the title “House Master” in December 2015, some said the revision was overdue.

“There’s no sense in putting this off any longer,” Faculty of Arts and Sciences Dean Michael D. Smith said at the time.

“There was a sense that the time had come,” Dean of the College Rakesh Khurana agreed.

Administrators decided to abandon the term “House Master” in part because some students criticized the name for its association with slavery, and because the term had come under national scrutiny as debates about racism roiled college campuses across the country. Roughly three months later, Smith announced that former “House Masters” would now be called “Faculty Deans.”

But over a year later, the words “House Master” still adorn the doors of some Faculty Deans’ residences, parking signs for their cars, and emails sent by at least one Faculty Dean. And at Harvard Law School, efforts to remove the school's seal, which was criticized for its ties to slavery, have been similarly difficult. 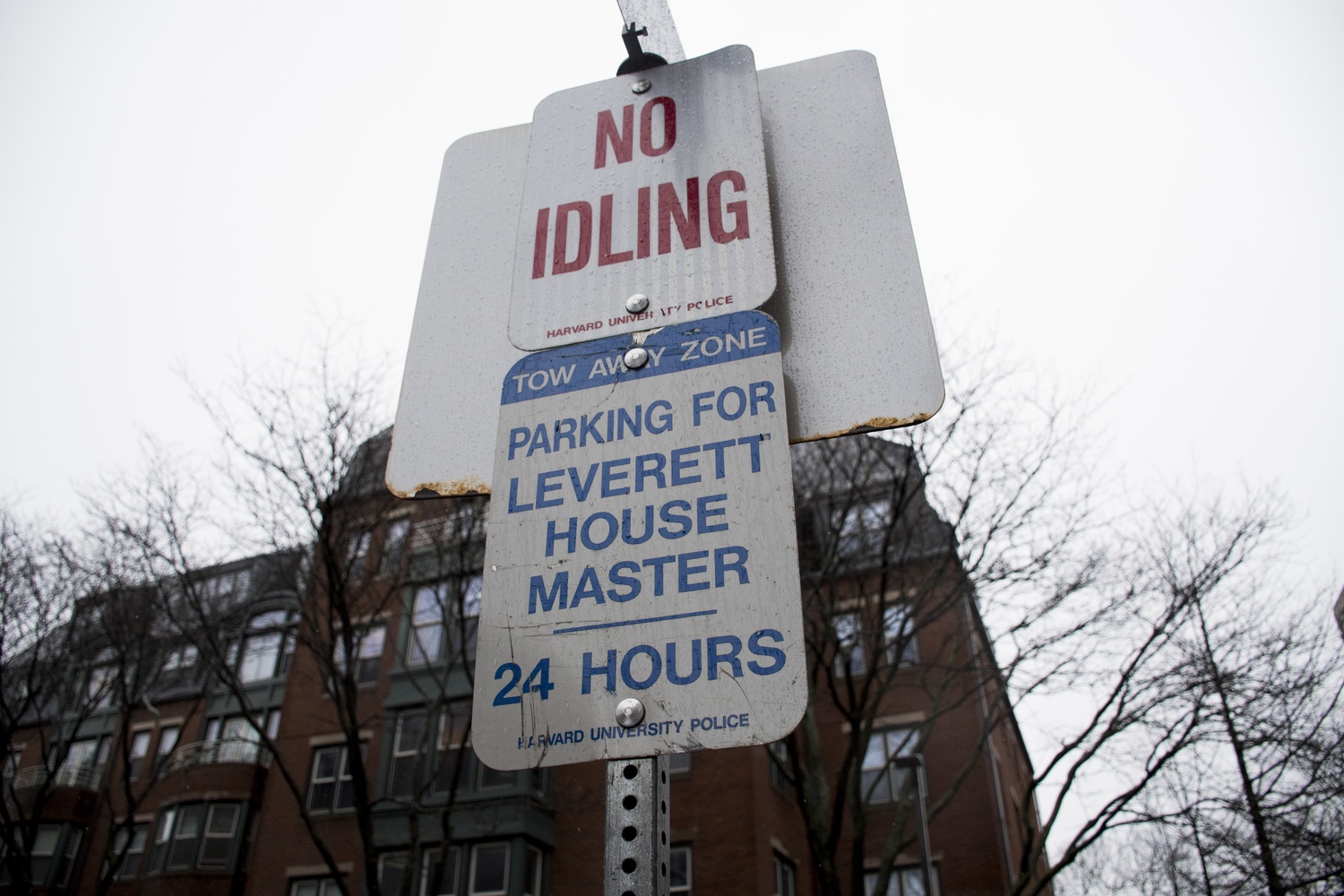 Until Thursday morning, Eliot’s website referred to Faculty Deans Douglas A. Melton and Gail A. O’Keefe as “House Masters.”

House staff are responsible for updating and maintaining House websites, and House and building administrators are in charge of signage for each residential complex. Since the roll-out of the new title, Faculty Deans for at least three Houses—Cabot, Mather, and Kirkland—have altered signs on their residences to read “Faculty Deans.” 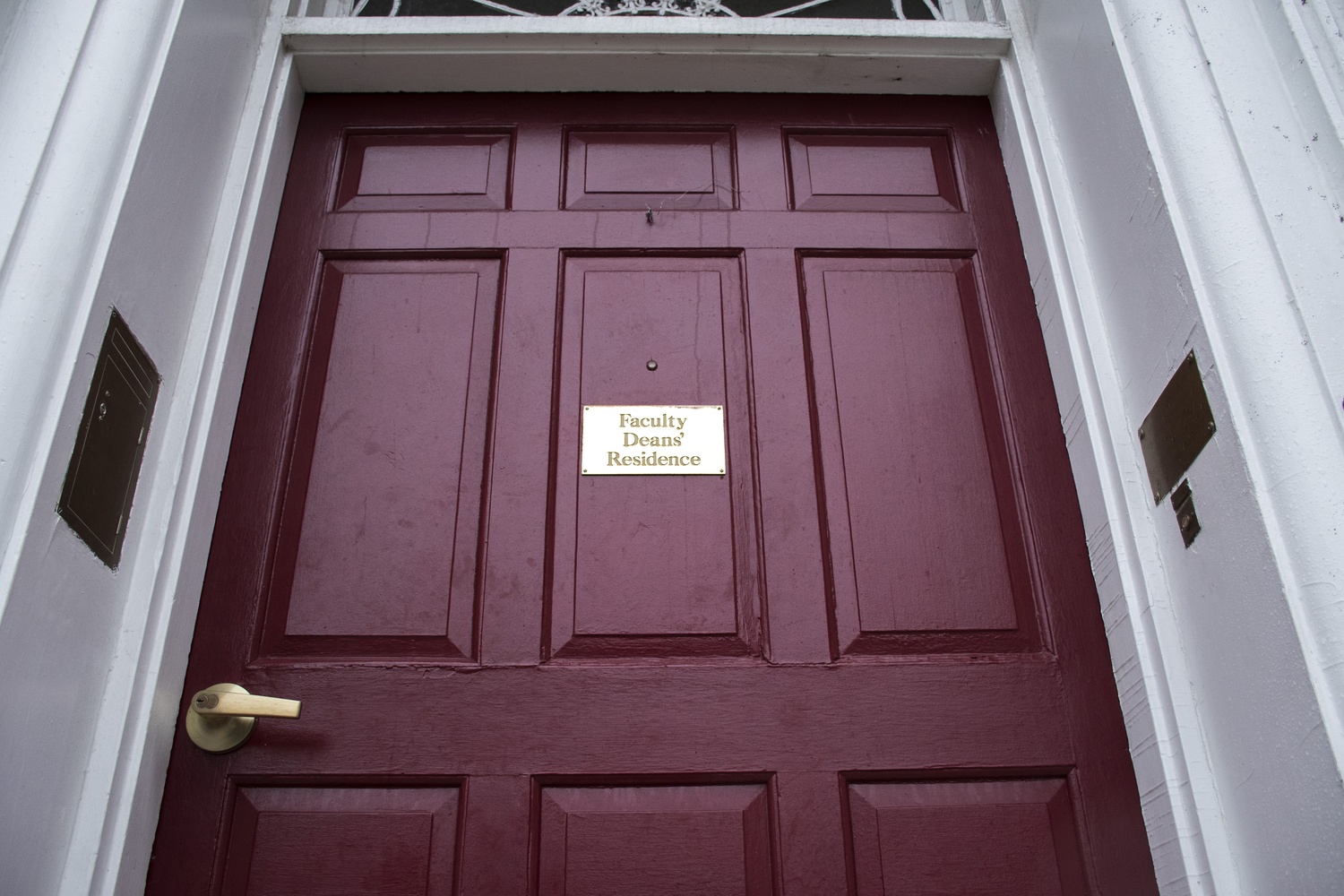 The plaque on the door to the residence of Kirkland's Faculty Deans was replaced since the "House Master" title was dropped last year. By Megan M. Ross

After being contacted by The Crimson Thursday, O’Keefe updated the Eliot House website’s personnel page to read “Faculty Deans.” All other House websites already used the term as of Thursday morning.

“Our title on the website was simply an oversight, and is now corrected,” O’Keefe wrote in an emailed statement Thursday. “We may appear late to the game in changing that, but frankly we don’t update the website often enough!”

O’Keefe added that she and Melton commissioned a new sign for the entrance to their residence, and wrote they plan to hang the updated sign after replacing the gate itself.

Pforzheimer Faculty Dean Anne Harrington ’82 wrote in an emailed statement Thursday that she is aware the sign for her parking space still reads “House Master.” She added that Parking Services and Transportation is responsible for making changes to official parking signs, and that she is unaware whether the group has any “update on their plans for this task.” 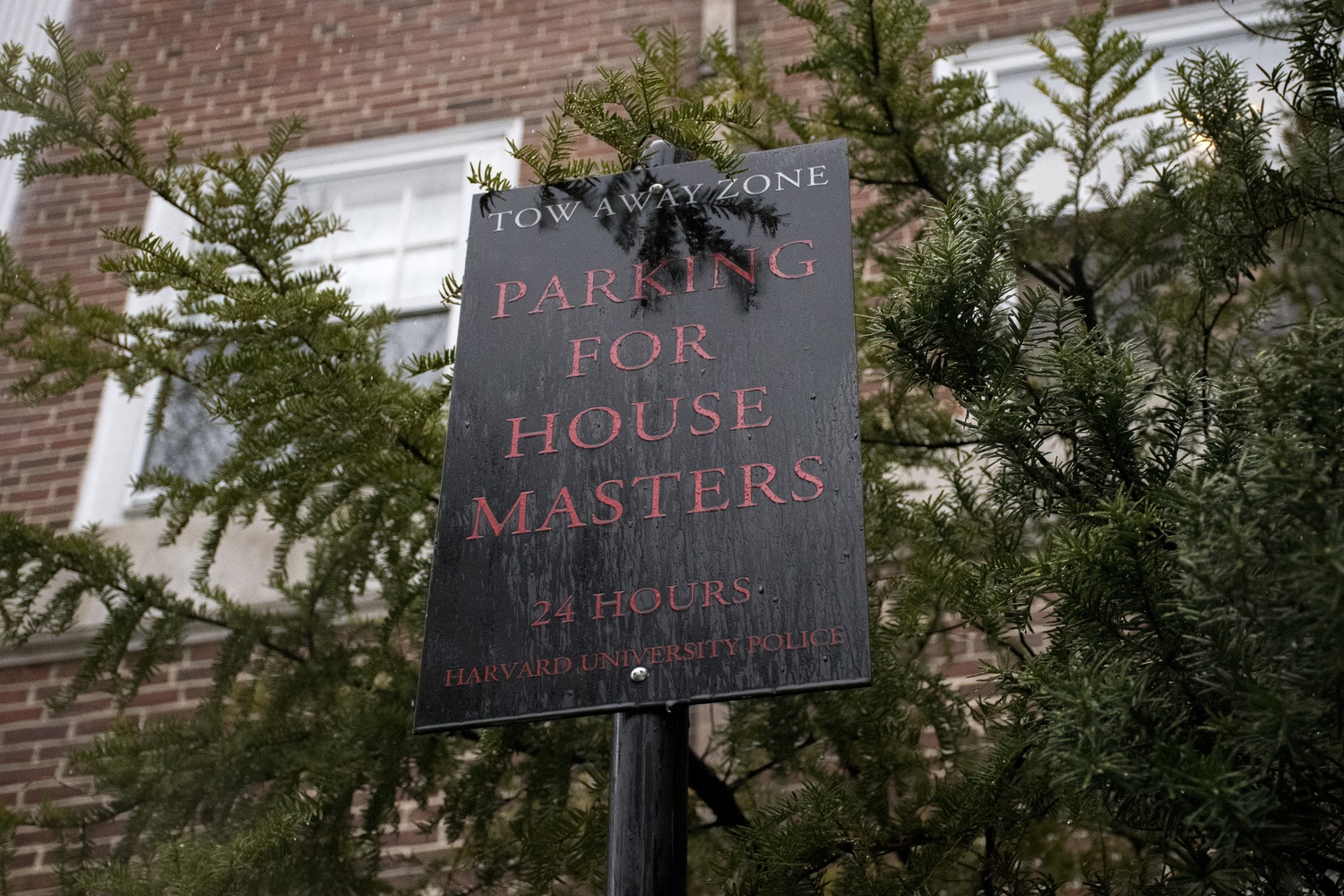 But she wrote that the Pforzheimer Building Manager will be replacing the sign on the door to the House’s Faculty Deans’ Residence on Friday.

“As coincidence would have it, our Building Manager told us that our long-ago ordered new sign arrived today and will be installed tomorrow,” Harrington wrote on Thursday evening. “It should look very nice.”

Faculty Deans for Lowell, Leverett, and Quincy did not respond to requests for comment.

In March 2016, the Law School also took steps to address its historical ties to slavery—specifically, the Law School recommended discarding its former seal featuring the crest of the Royall family, slave-owners who endowed the school’s first professorship in the late 18th century. In the days following that decision, the Law School sought to physically remove all traces of the Royall crest from its campus and website.

But as of Thursday evening, the seal still lingered in certain corners of the Law School campus, featured on some recycling bins and on computer screens in Langdell Hall.

After being contacted by The Crimson, Law School Dean for Administration Francis X. McCrossan wrote in an email that he was aware the school’s “large-scale” effort to remove the seal last year may not have been entirely successful.

“We did away with the shield in all the places where we found it, but occasionally we still come across instances that weren't caught during that review,” McCrossan wrote. “We welcome hearing about uses or places where it still shows up, so we can remove it.”

The Law School has yet to announce its plans for the replacement of the shield, but McCrossan wrote that the school’s bicentennial, happening this year, forms an opportunity to choose a new seal.

“We expect to decide upon a process for selecting a new design during the celebratory year ahead, and to then seek review and approval from the Harvard Corporation,” McCrossan wrote.