Preview: The Philosophy Chamber at the Harvard Art Museums 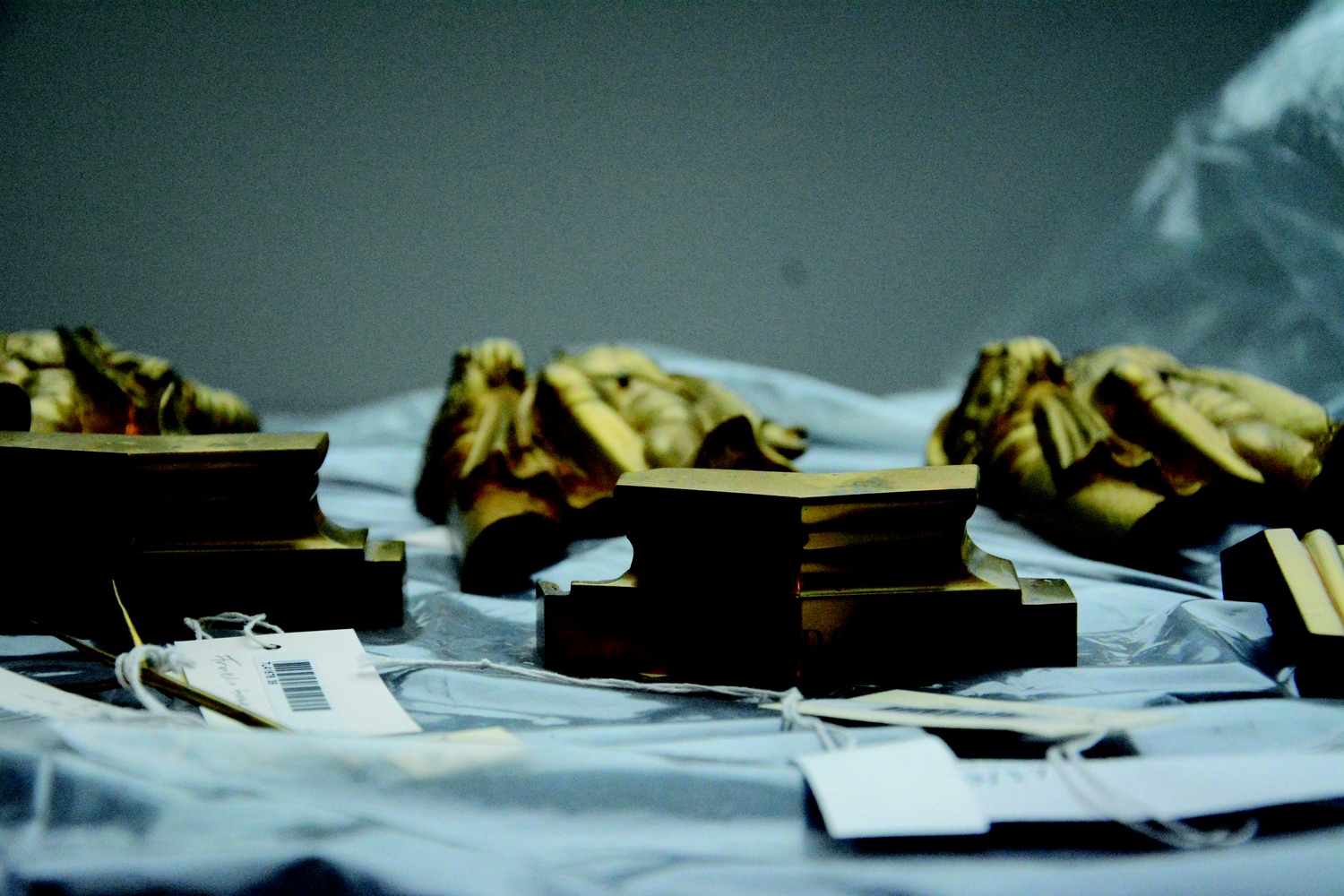 Before there were over 70 libraries at Harvard, there was one. From 1766 to 1820, Harvard Hall was home to both Harvard Library and a space known as the Philosophy Chamber. On May 19, the Harvard Art Museums will open an exhibition that brings back much of the original Philosophy Chamber.

Ethan Lasser, the Theodore E. Stebbins Jr. Curator of American Art and head of the Division of European and American Art, said that working with different pieces in the Museum led him inevitably to the Philosophy Chamber. “I was researching some of our great portraits, including this great work by Copley, and we’d known that they’ve been here a long time but we wanted to know where they had come from originally,” Lasser said. “I kept coming across references to this room called the ‘Philosophy Chamber,’ and it had me at the name because it was such a strange name, and I wanted to know what that meant.”

According to Lasser, the original Philosophy Chamber served as a teaching room, gallery, and convening space. The room held works by notable artists such as John Singleton Copley and John Trumbull. At first, Lasser said that he considered just presenting articles, but the more he found in the Harvard Archives on the voices that were in the room, and the conversation between the objects in the room, the more he realized that the Philosophy Chamber was meant to be a show.

“As interesting to me as the objects are, what the objects reflect is the diversity of people that animated the space,” Lasser said.

The reimagination of this space also involved the work of many undergraduate students. The students have been helping with the curation of the works, and Lasser said that the undergraduate guides also recorded an audio guide for the exhibition.

“I’m always interested in the study of museums and how these museums look at themselves,” Shapiro said. “Although the Philosophy Chamber was not a museum in the modern sense of the word, it didn’t self-consciously consider itself an art museum, but because of its collections, and because many of Harvard Art Museum's current pieces date back to the philosophy chamber, it is sort of the early part of the museum at Harvard.”

With the inspection of its own history comes the revelation of points to be critiqued at the Museum. Though Lasser said the exhibition is in a way a celebration of Harvard’s admirable early history, it also poses some challenging and unsettling facts of the period.

“For example, access to the [Philosophy Chamber] is limited to the white man, basically,” Lasser said. “There are examples of only a few women coming in. It was also a space where they were teaching racial science.”

“There are certain works that were destroyed or lost or too fragile to put on display,” Lasser said. “To make up for that, we are borrowing some related objects, and one of those comes from the U.K. as well.”

As a joint history of art and architecture and social anthropology concentrator, Shapiro said that the works are very much pertinent to his studies. “Many of the pieces that I work with in my classes date back to the Philosophy Chamber,” he said. Almost 200 years after the original Philosophy Chamber, some parts of the space’s legacy continue to live on in Harvard’s contemporary intellectual discourse.