‘Game of Thrones’ Recap and Review: The Creative God(s) in ‘Beyond the Wall’ 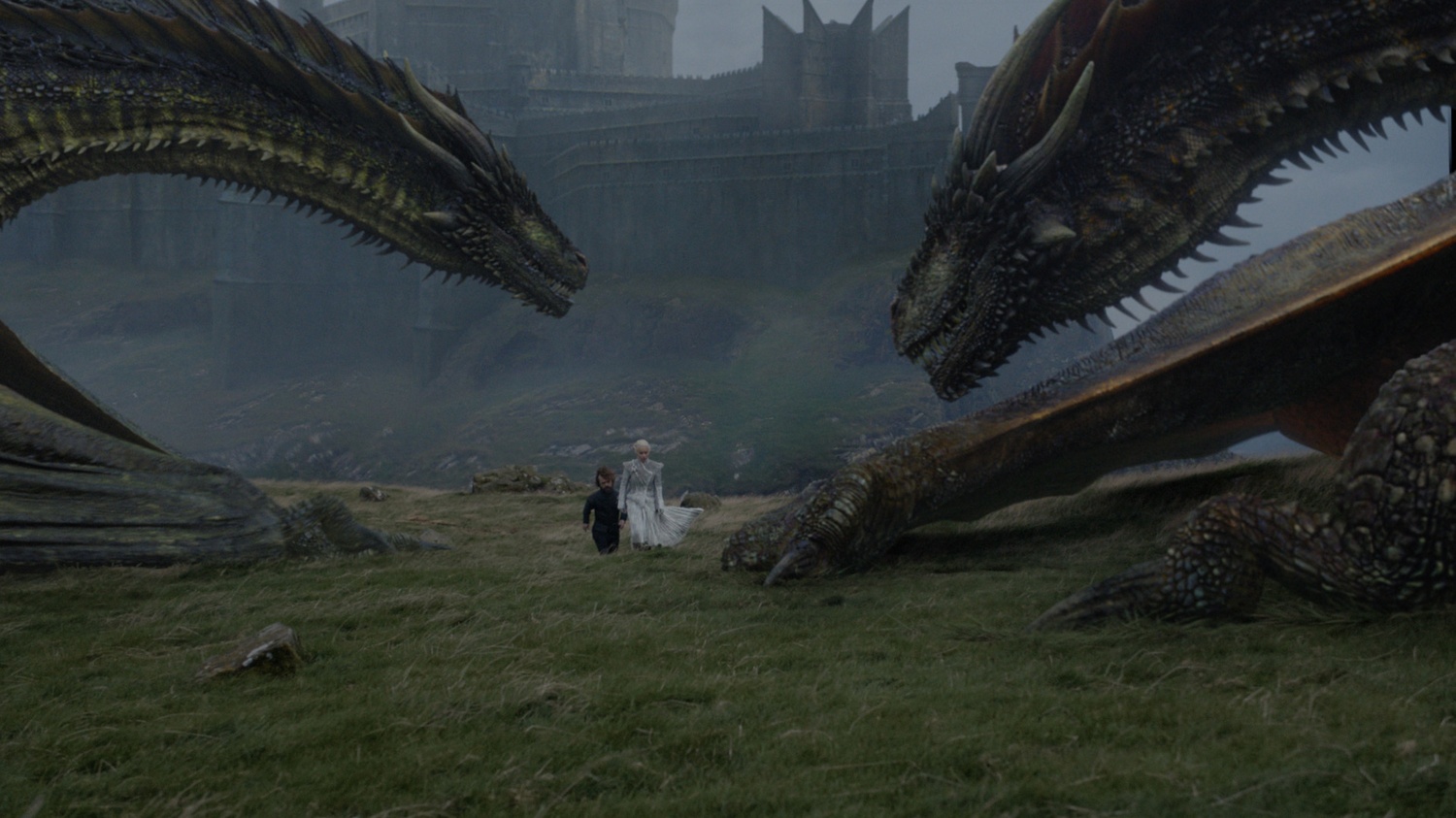 By Courtesy of HBO
By Aziz B. Yakub, Crimson Staff Writer

It should not take a genius to understand that the very premise of “Beyond the Wall” is riddled with problems. Why, if I may ask, did a group of relatively intelligent people (Tyrion Lannister included) approve an unrelenting imbecilic plan to send the King in the North, and the newly cured and always useful Jorah Mormont, on a suicide mission to capture a living wight? And tangentially, why is Littlefinger not as smart as he used to be?

Beyond questions of intelligence, it seems fundamentally questionable that Gendry was able to run the length of an unrelentingly unpleasant hike through the foreign terrain of an arctic tundra, send a raven to Dragonstone, and have three dragons fly back the length of half a continent within the length of time it takes Jon and his motley crew of newly lobotomized fools to survive. It is also questionable that Jon manages to survive a horde of wights, survive falling into a freezing lake (while, if I may add, being attacked by a horde of wights), survive a brief encounter with the Night King, and survive a horse ride by a particularly directionally apt horse while near death. And, if I may ask, how does Benjen Stark’s horse know how to find the entrance to the Wall as Jon unconsciously flaunts his immortality on its back? How, if I may ask, do the show runners expect an audience to take the show seriously if “Game of Thrones” is not going to take its own sense of time and geography seriously?

Yet “Game of Thrones” still remains compelling. I do not simply believe that its success lies in the size and proclivity of its battles (although, if there were to be a persuasive argument for the beauty in chaos, it would be this week’s episode of “Game of Thrones,” “The Spoils of War,” and “Stormborn”). Nor do I believe that the genre of fantasy allows writers the flexibility to modulate their character’s internal intelligence to levels of fantastical idiocy whenever it is convenient. Instead, I believe that “Game of Thrones” presents a particularly fascinating example about the way that the presence of a god (or gods) within a literary world alters the fundamental rules of acceptable writing.

Underlying the leaps of logical fancy populated throughout the episode is a subtler undercurrent of consistent reminders about divine interventions. During their blizzard addled journey, The Hound reminds us of the nature and validity of his prophetic vision. Lord Beric Dondarrion notes his personal proclivity for resurrection. The formerly fatal wounds of Jon Snow are highlighted in a clever piece of camera work in an otherwise uncomfortable scene about an unwitting incestuous relationship. Even Arya clarifies that she is not just a deranged serial killer with a grotesque, medieval version of the “Mission Impossible” mask machine and an impressive talent for impersonating the voices of old men (who also threatens sororicide)—she’s simply a magical, deranged serial killer (who also threatens sororicide).

I do not believe that these incessant indications of the divine, of the magical, are random occurrences within the illogical world of “Beyond the Wall.” The episode’s currency is the absurd; we are treated to not one, but two deus ex machinas (a dragon and an uncle-who-never-became-anything-other-than-a-convenient-plot-device). The juxtaposition of the two—the unrelenting thematic of the divine and the convenient—constructs an episode that transcends its initial gleam of poor writing. Through the invocation of the divine by each of these characters, the sundry hackneyed plot devices of “Beyond the Wall” are presented within a pseudo-religious context; that context should fundamentally alter any coherent reading of the episode’s critical merit. What seems convenient—what seems like a deus ex machina—is an exploration of deus.

The sheer volume of absurd events that occur throughout the episode, in quick succession, and with reality television-esque escalation, is partially an attempt by the writers to establish a living body of theology within the “Game of Thrones” universe. After evoking the gods with incessant repetition, what explains the absurd and the convenient but the divine. These moments maintain the character of miracles. (What was, for example, God’s appearance in the story of Abraham and Isaac but convenient timing for a higher purpose?) Jon’s survival is too absurd to be an act of writing: Jon’s survival is an act of God.

With each successive exploration of convenient absurdity, a more vivid portrait is painted of the determination of the divine—of this god’s unimpeachable authority—within “Game of Thrones.” Perhaps these are not simply pieces of incompetent writing, but instead the moments that describe the show’s god—a character who is unseen but often spoken of.

“Game of Thrones” is creating the character of the divine before our very eyes. We are watching their Old Testament unfold on our television screens—each miracle, each convenient plot device, is another chapter that constitutes the nature of their god. Benioff and Weiss are working on fascinating, uncharted, creative terrain.

Yet, perhaps there is something lost in giving the authority of writing (of creation) over to the created divine. As the Night King reanimates Viserion (Daenerys’ former dragon), a piece of potency is lost with the knowledge that ultimately, a vaguely benevolent force—look no further than Jon’s survival—is watching over the lands of Westeros and Essos. That is not to say that lives will not be lost. But even in the show’s darkest moments, there seems to be the sense that there will always be light to lead those that are essential to the world’s survival.

I believe that there is something lost in that sense of comfort. I do not wish to speak about the world outside of this work of fiction—but here, the creation of this specific deity is a way for the writers to abdicate responsibility for their creation. They no longer have control over their own universe; their god does. That god is more interested in convenient plot devices than in producing a good piece of art. And with the abdication of creative responsibility in favor of the creation of the character of the divine, a bit of the show’s creative freedom is lost; the stakes for the true destruction of life have vanished.