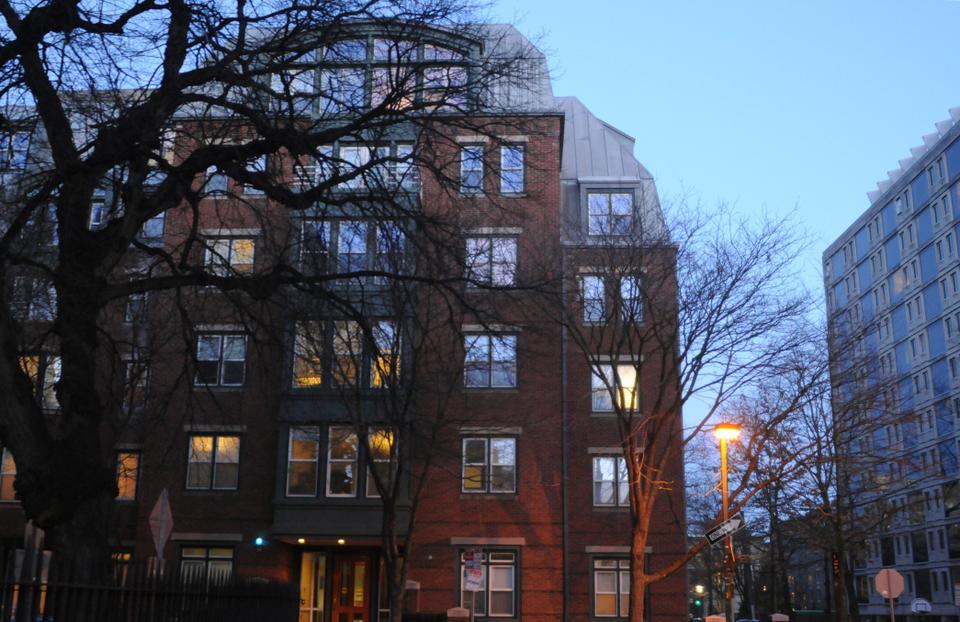 Twenty-eight freshmen will live in DeWolfe—a building not typically designated for first-year housing—this academic year after an unusually large number of freshmen enrolled into the class of 2021.

Last May, Harvard announced that a record-high 84 percent of admitted students in the Class of 2021 chose to matriculate to the College for the coming fall—the highest yield rate since 1969.

While the University has credited expanded financial aid, academic offerings, and cross-campus resources for enticing more students to attend Harvard, this “unusually high” yield sent administrators searching the campus for more rooms to house the larger than anticipated freshman class, according to Dean of Freshman Thomas A. Dingman ’67.

“Our search for extra beds resulted in the creation of a new entryway for freshmen, using traditional undergraduate housing stock in DeWolfe,” Dingman wrote in an email to DeWolfe freshman residents.

Indeed, four first-year students will share a DeWolfe apartment, each of which contains two double bedrooms, an in-suite bathroom, a common room, and a kitchen. The 28 freshman residents in DeWolfe will be a full-fledged entryway, affiliated with Elm Yard, with two proctors and three Peer Advising Fellows.

To deal with this year’s exceptionally high yield, administrators weighed several options. While they were able to increase the capacity of a few dorms in Harvard Yard, ultimately, the high numbers required them to look elsewhere.

“For 28 students,we determined that we needed to find some other place. And DeWolfe was the most appropriate other place that we could find that was both in close proximity to the Yard, still on campus, and where we felt that students would not be isolated,” Elm Yard Resident Dean Jasmine M. Waddell said.

The coming academic year will be an anomaly, however, and the Freshman Dean’s Office does not plan to use DeWolfe as first-year housing in the future. Waddell said DeWolfe housing was a “creative solution to an extraordinary problem.”

In Dingman’s welcome email to DeWolfe residents, he praised some of the dorm’s special benefits such as air-conditioned suites—a rarity in Harvard’s freshman dormitories.

“You will have the same access to resources as all freshmen, but will have the unique advantage of being able to eat breakfast in Quincy House or Leverett House should you choose,” he wrote.

Traditionally, all freshmen live in one of the 13 Harvard Yard dorms, Apley Court, or in either of the three Union dormitories—Greenough, Hurlbut, and Pennypacker Halls. The expansion of first-year accommodations beyond the existing freshmen dormitories is unusual, though not entirely unprecedented. In 1992, renovations to Weld Hall forced the use of 29 Garden St. as freshman housing.

The College leases 10 and 20 DeWolfe St., two former apartment buildings, from Harvard University Housing for “overflow housing” to accommodate additional upperclassmen. The over $1 billion House Renewal project to modernize the upperclassmen residences, however, plans to phase out the DeWolfe St. units and allow all undergraduates to live in their affiliated Houses.

Dingman added that the DeWolfe freshmen will have the “same transition to upperclass housing” as the rest of their class. His note seemed to echo complaints raised by the 166 residents who lived at 29 Garden St. in 1992, who demanded that they receive special priority in the sophomore housing lottery.

This time, twenty-five years on, Dingman told this year’s incoming DeWolfe residents, “You will have a similar living experience as the rest of the class.”