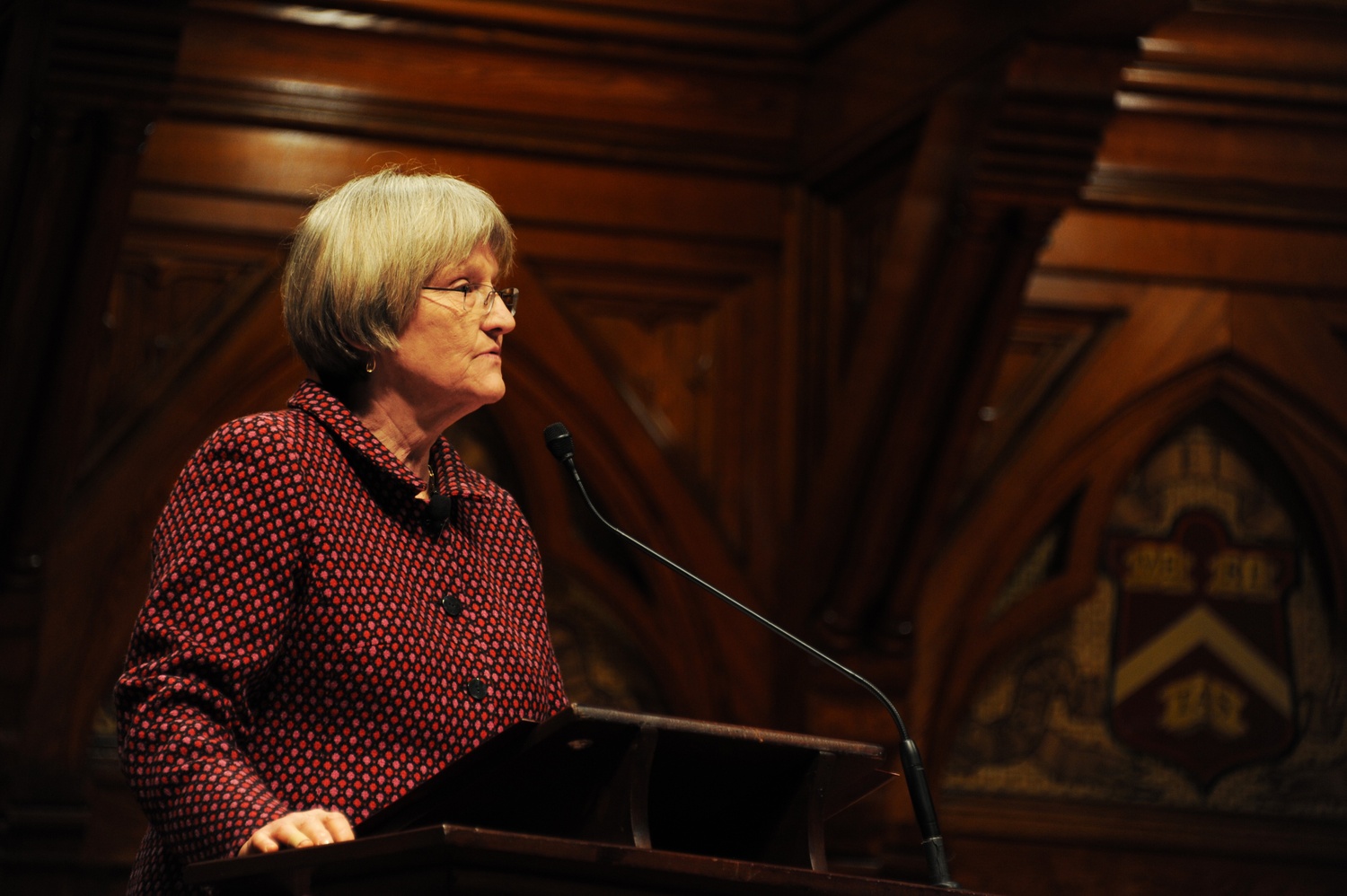 Seated to the left of Pence in his office at the White House, Faust joined a delegation of university presidents from across the country to advocating for supporting scientific research and student aid, according to an Indiana University press release. A Harvard spokesperson said the group also discussed the importance of international students and faculty to American universities.

Faust—who pledged to intensify her lobbying efforts after Donald Trump won the presidency last November — has traveled to the nation’s capital four times since then to meet with lawmakers and higher ed advocates.

In a statement provided by a University spokesperson, Faust said Pence expressed support for university research.

“I appreciated the opportunity to discuss issues important to higher education with the Vice President, and to hear his support for research universities and their important contributions to science, health, innovation and economic growth,” Faust said.

But untouched at the meeting was a subject that would soon send shockwaves through the world of higher education: the Trump administration’s stance on affirmative action. “I am not aware of the topic being discussed,” Marc Lotter, Pence’s press secretary, said in an email this week.

Several days after the meeting, the New York Times reported that the Trump administration was preparing to investigate universities with affirmative actions policies for racial discrimination in admissions. The Justice Department said in a statement Wednesday that its focus is narrower than originally reported: it is only examining one complaint filed in 2015 accusing Harvard of discriminating against Asian-American applicants.