Teaching the Real Game of Thrones 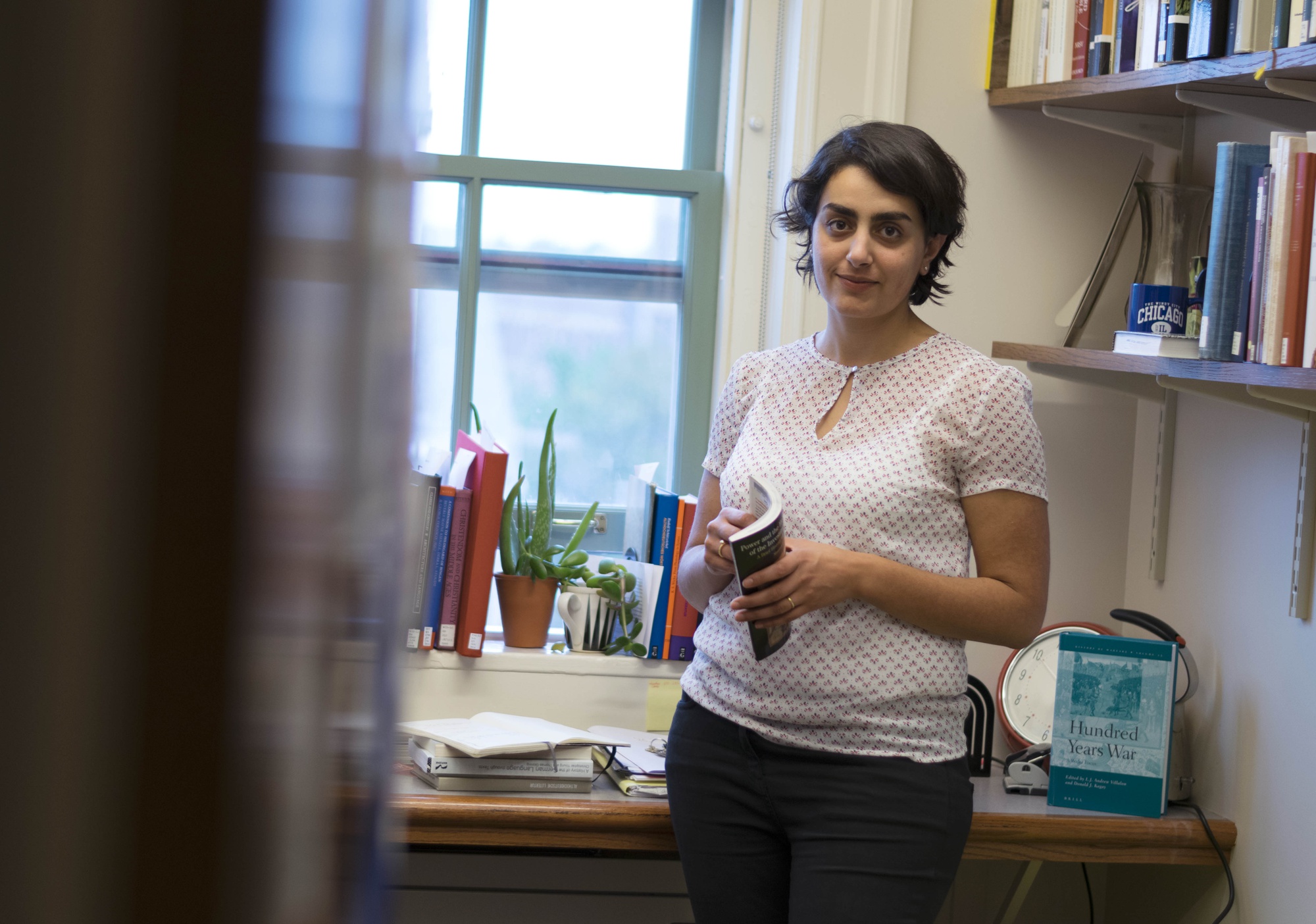 Racha Kirakosian is an Assistant Professor of German and the Study of Religion. She teaches Religion 59: The Real Game of Thrones — Culture, Society, and Religion in the Middle Ages.
By Grace Z. Li, Crimson Staff Writer

“Game of Thrones” is the only TV show Racha Kirakosian watches. A professor of German and the Study of Religion at Harvard and an infrequent TV-consumer, Kirakosian made an exception for her students.

“Back at Oxford, where I taught before I came here, students would make the connection to ‘Game of Thrones’ whenever they talked about medieval literature,” Kirakosian says. “Students would say, ‘Oh, this is like “Game of Thrones.’ And I would say ‘Well, if anything, it’s the other way around.’”

The connection stuck with her. “I realized that it’s actually quite sad that what I teach evokes something to the students that I don’t share,” Kirakosian says. “I have no idea about the world that fascinates them.”

So Kirakosian pushed herself to watch the show—and to teach it. Now, Kirakosian is the creator of Religion 59: “The Real Game of Thrones — Culture, Society, and Religion in the Middle Ages.” She has watched all seven seasons of the show, and loves it.

“In a way, it’s our world in a nutshell,” Kirakosian says. “Good stories are often like that because they tell us so much about our own world, but they’re removed enough from our own world that we can actually use it as a projection screen to analyze and observe.”

That logic is how Kirakosian found the inspiration for her second lecture, titled “Gendered Roles.” Throughout the hour, Kirakosian intersperses the lecture with clips from the show. She compares characters to different narrative stereotypes, like Sansa Stark as a lady at court, or Brienne of Tarth as the woman warrior.

“Not all women have equal rights,” Kirakosian points out about the world of “Game of Thrones.” She nods to Cersei Lannister’s elevated privilege as queen.

“Gendered Roles” is only one facet of Religion 59’s extensive syllabus. In the next few months, students will learn about topics like the Hanseatic League, relationships between the church and empire, and Orientalism within the context of “Game of Thrones” and the Middle Ages.

The list goes on, but Kirakosian recognizes that the course won’t cover everything.

“We’ll take ‘Game of Thrones’ as a point of departure to study events and structures in medieval history, and to look beyond a simple concept of history and historicism,” she says. “What can we learn about appropriation of narratives and the context they’re told in?”

Student responses have been exciting to Kirakosian. In the first class, the lecture hall was flooded with eager students, convincing Kirakosian to remove the course’s cap of 50. It doesn’t hurt that Religion 59 debuted in the midst of the show’s highly-anticipated seventh season.

“It legitimizes people’s interests,” Hannah Feldman ’19, a History concentrator, says about the course. While some students are excited for the medieval literature, some have no background in the Middle Ages but just love “Game of Thrones.”

Kirakosian’s own thoughts echo this sentiment, calling “Game of Thrones” a “phenomenon of our time.” “There is a thirst for the past and fantasy … these stories have fascinated people ever since [the Middle Ages].”