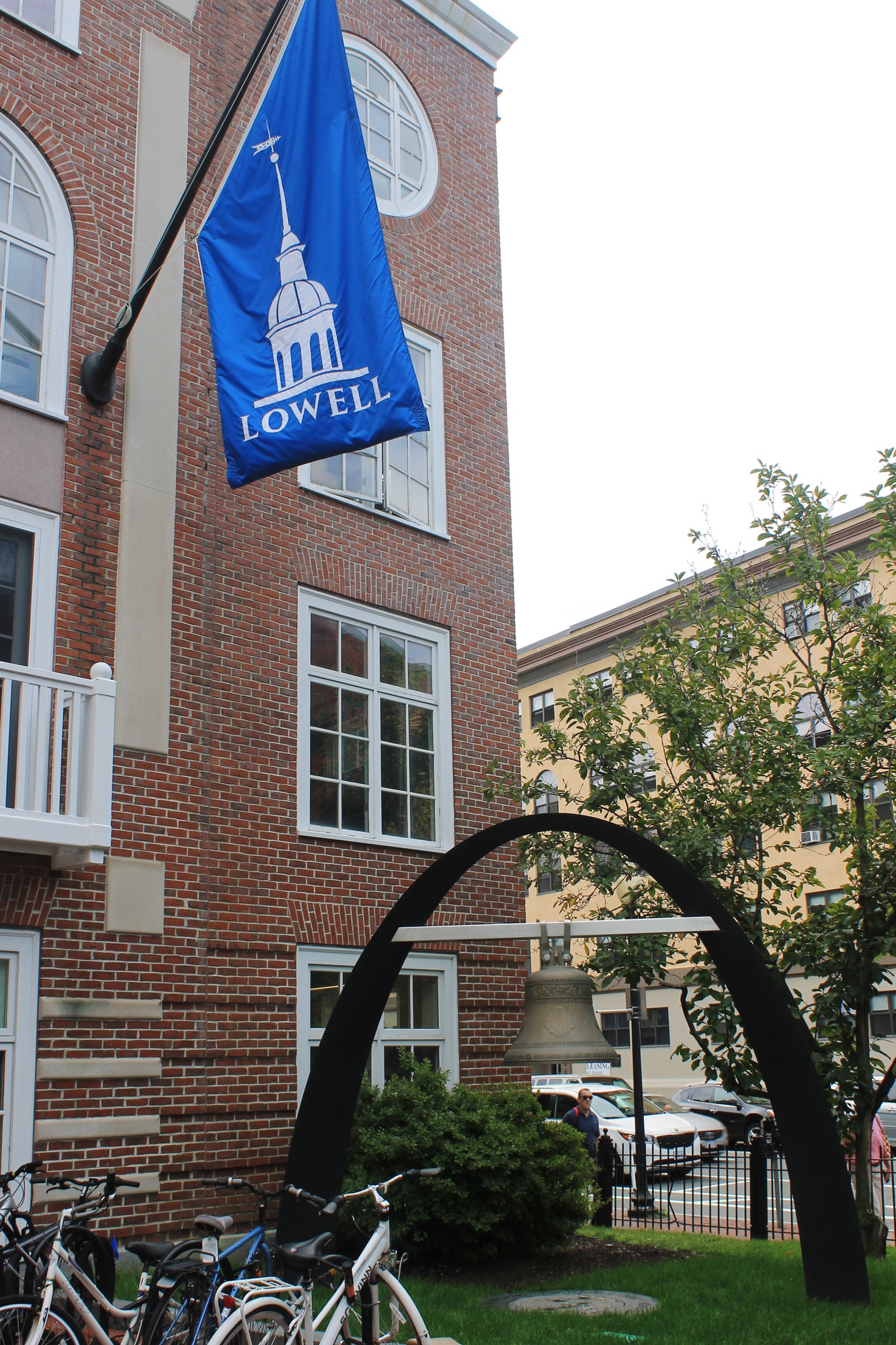 While Lowell House undergoes its planned 2-year renewal, residents of the house will live in temporary swing housing. Many have been placed in the Inn at Harvard, where the house's dining services also operate, and where a bell representing Lowell's famous bells has been installed.
By Kenton K. Shimozaki, Crimson Staff Writer

Close to a hundred Lowell House residents crowded into a narrow room on Thursday for their first afternoon tea of the academic year. Though Lowell Tea has been a fixture of the House’s culture since it first opened in 1930, now, 77 years later, the tea is being hosted in a new space: the former Inn at Harvard. 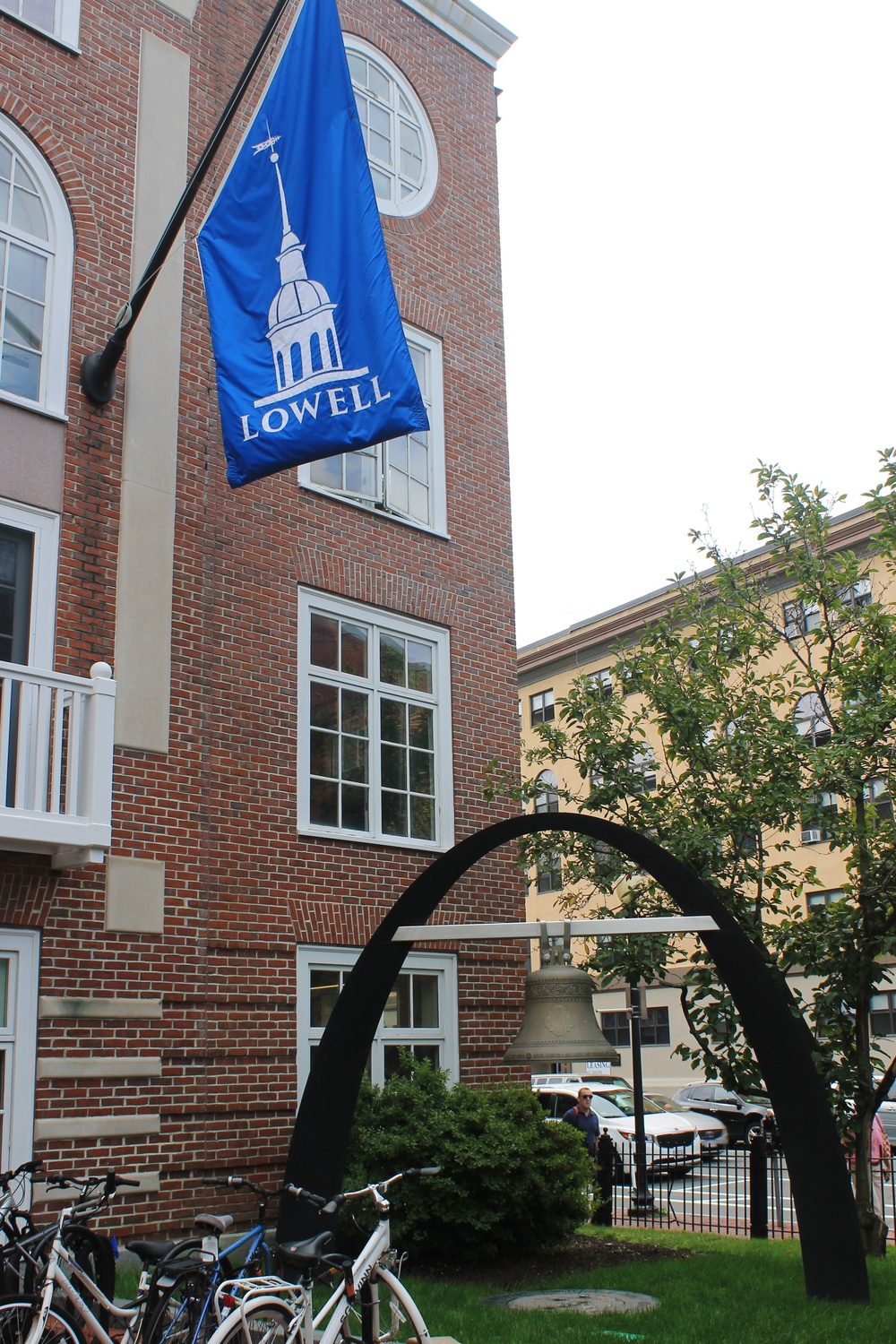 While Lowell House undergoes its planned 2-year renewal, residents of the house will live in temporary swing housing. Many have been placed in the Inn at Harvard, where the house's dining services also operate, and where a bell representing Lowell's famous bells has been installed. By Kathryn S. Kuhar

Lowell House is currently undergoing a full-scale renovation as part of the Faculty of Arts and Sciences’ more than $1 billion House Renewal project to modernize and enhance the upperclassmen residences. Lowell is the fifth House to be renovated and will be the first project to span two years.

Through May 2019, Lowell residents will live in several apartment-style buildings scattered throughout Harvard Square. Many of the House offices, the dining hall, and most sophomore suites are concentrated in the four-story Harvard Inn.

Adip Vora ’19-’20, a member of the Lowell House Committee, said Lowell administrators have done a “great job” adjusting to swing housing. He added, however, that organizing HoCo events may be more challenging given the space constraints of common spaces in swing housing.

“Swing housing is an obstacle to be surmounted for all of us. It’s great because the spaces themselves are beautiful, but they’re all kind of confined and small,” Vora said. “Creating events and planning events is going to be a little bit more tough.”

The constrained nature of common spaces in swing housing does not only affect House events, however. Due to the limited amount of seating and popular location of the Harvard Inn, Lowell has implemented stringent interhouse dining restrictions from the onset of their occupation.

No guests are allowed during lunch on weekdays, nor are they permitted to eat in Lowell during the peak dinner rush of 6 p.m. to 7 p.m. on Monday through Thursday. While Cabot students previously had special permission to eat at Lowell during lunch under a “sister House” agreement, Lowell House Faculty Dean Diana L. Eck said that arrangement may change depending on the volume of students at the dining hall in the Inn.

Like many of Lowell’s sophomores, Andrew G. Flannery ’20 lives in the Inn and said he enjoys his suite’s accommodations.

Amrita S. Dani ’13, a Lowell resident tutor who also lived in the House as an undergraduate, said that despite the lack of common living spaces, Lowell’s House spirit remains strong.

“Tea is a big part of that and a big part of our traditions as a House that we’re continuing,” Dani said. “We’re working hard to build community despite a lack of common living space.”

Eck—who referred to the transition to swing housing as a “diaspora”—said she had a “high level of confidence” that community building will be smooth during renovations.

A few blocks deeper into Harvard Square, construction on Lowell House rumbles on. University spokesperson Anna Cowenhoven wrote in an email that “work on Lowell House is progressing on schedule.”