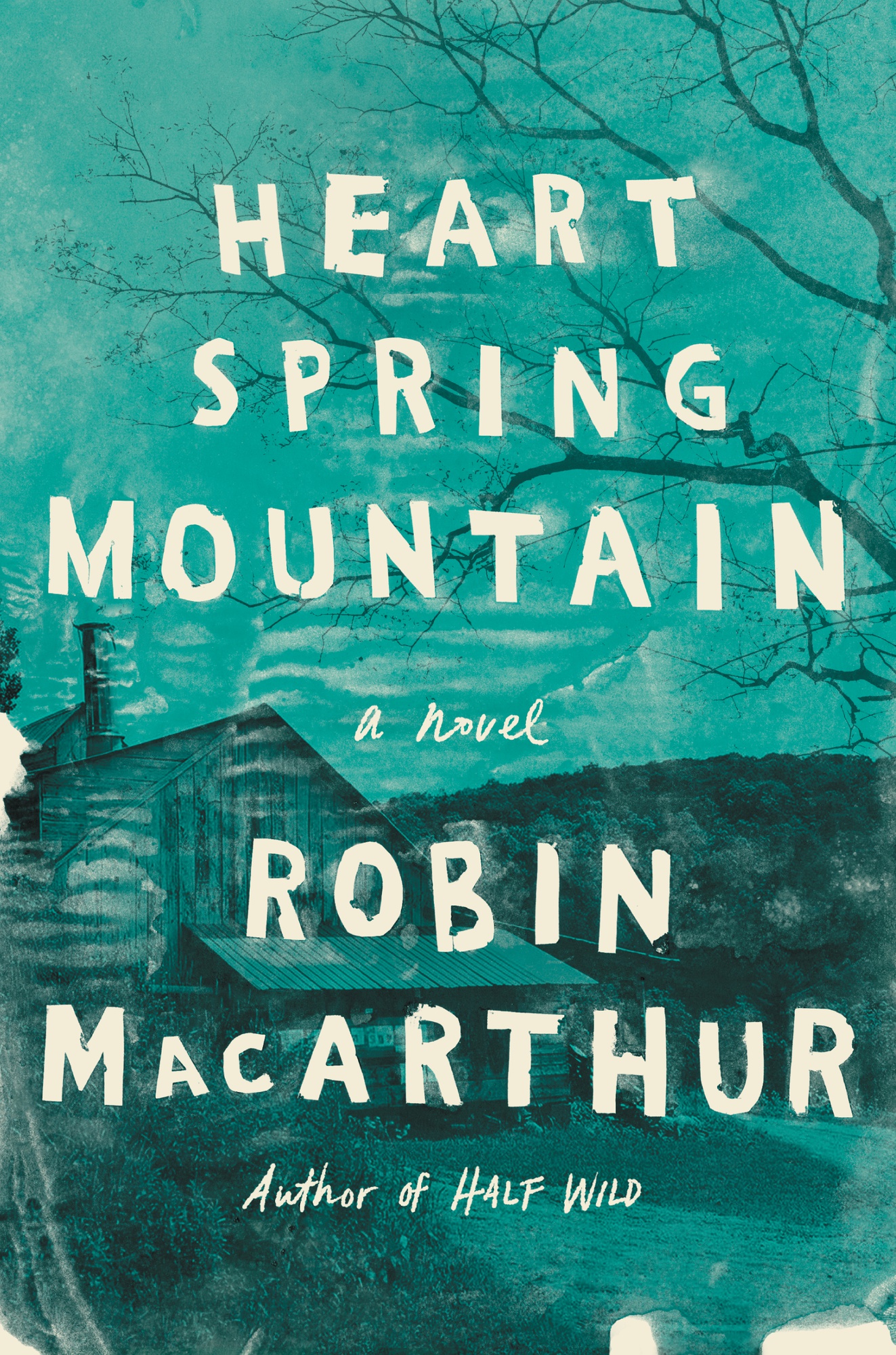 Robin MacArthur’s newest book is a meditation on the connections between adulthood and the land of ancestors. “Heart Spring Mountain” explores the buried emotions that surface when a woman, Vale, returns to her hometown after her drug-addicted mother, Bonnie, disappears in a hurricane. The story slowly weaves through several generations of the same family, exposing how the past influences the present. Although MacArthur has written a narrative filled with compelling reflections on the past’s impact and global warming’s repercussions, the present plot offers very little action. This is a novel more focused on thought than experience.

There is nothing special about the short, clipped writing style, such as “Bonnie laughs” or “A barrel shoots by.” These moments feel more like stage directions in a play, making it difficult to imagine a real person with thoughts and feelings narrating his or her world. Not every sentence is even a true sentence, in a grammatical sense. MacArthur’s style is fraught with sentence fragments: “Pockmarked. Drawn. Ghost version of her former face.” The style is an artistic decision that distracts from the beauty of the novel.

At times this brief sentence structure matches the mood of the characters, as they live quiet lives on a mountain with little interaction. But MacArthur is not consistent with this style. On occasion, she will produce a complex sentence filled with emotional insight and vivid description. Stephen, Bonnie’s cousin, peers at women kneeling in a garden and thinks, “There is an ease to the way these people see the world—something he both admires and despises—like this landscape is a place they can own, buy, inhabit for a spell, love, and then leave, not a place they are indebted to, tied to like a tree’s roots are tied to bedrock.” These disparities make it hard to acclimate to the truncated sentences, causing the prose to sound jarring.

However, “Heart Spring Mountain” beautifully intertwines generational connections. Vale, Bonnie’s daughter, returns to her hometown—despite how much she despises it—in order to find her missing mother. In the process, she uncovers information about her mother’s mother, who died when Bonnie was just a few days old. These discoveries are revelations about who she is in the context of her family. The simple act of wearing her grandmother’s feathered hat seems to channel a deeper relationship between Vale and the woods that both Vale and her grandmother lived in. Vale’s aunt considers the lives of their ancestors as “blueprints for how to be in the world,” as if people are destined to repeat the patterns of the generations before them. The entire story begs the question: What parts of ourselves—our personalities, our circumstances, our heritage—do we owe to those who came before us? MacArthur would most likely argue that we owe almost everything.

The novel centers on the past, but there are many worried references to the future of the planet. The devastating hurricane leaves Vale’s aunt wondering what other natural horrors are in store for the world. When thinking of the storms and other natural disasters, Vale asks, “And what, then, is the cure?” Although the answer remains a mystery, MacArthur and her characters make it a priority to solve by drawing back to the idea of humans owing some things to the land: respect, love, kindness.

For those who live for fast-paced plots filled with action and excitement, “Heart Spring Mountain” is not the right novel. However, it may be perfect for anyone willing to question the interconnectedness of the past, the present and the future—even if those questions may not be answered. Despite the inconsistent and occasionally off-putting writing style and sparse plot, the inherent wisdom of “Heart Spring Mountain” is captivating.