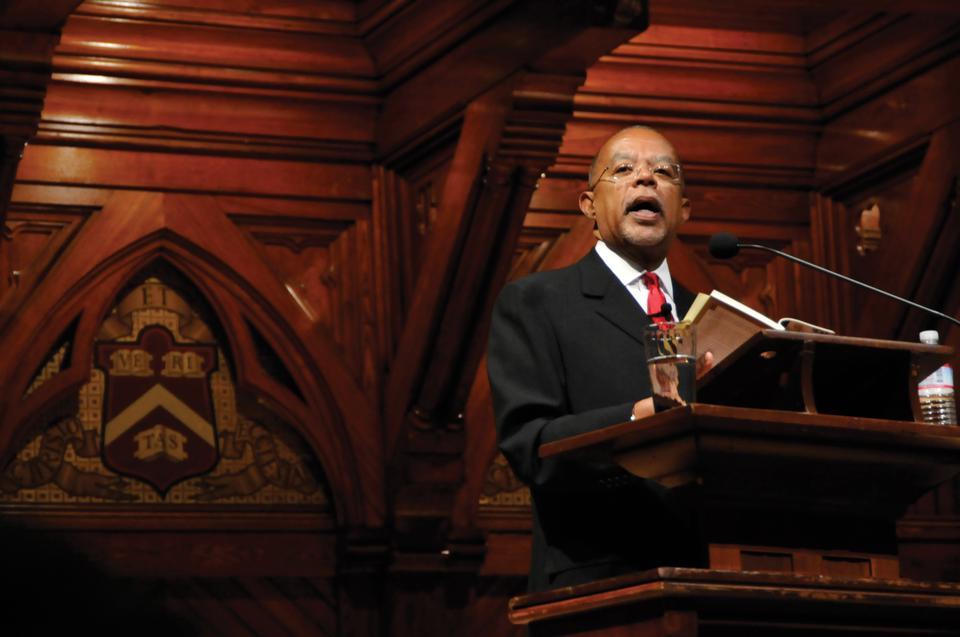 African and African American Studies Professor Henry Louis Gates Jr. and Germanic Languages and Literatures and Folklore and Mythology Professor Maria Tatar have won a 2018 NAACP Image Award for their collaboration on a book of folktales.

The Image awards, presented each year on Martin Luther King Jr. Day, acknowledge “outstanding achievements and performances of people of color in the arts, as well as those individuals or groups who promote social justice through their creative endeavors,” according to a NAACP website.

Gates and Tatar first place in the “Outstanding Literary Work (Fiction)” category for their book "The Annotated African American Folktales." The text is a compilation of tales from oral storytelling traditions taken from African as well as African-American cultures.

“Professor Gates and I begin with African traditions, folktales, and myths and then look at how that culture migrated with enslaved peoples into the Americas,” Tatar said.

Tatar said the importance of language is a theme throughout the collection.

“The one [theme] that emerged very quickly as we were collecting these stories is the importance of language and also of wit, wit in the sense of humor and jokes but also wit in the sense of intelligence and cunning, trying to get yourself out of the worst-case possible scenario,” Tatar added.

“Like many scholars working today, I really enjoy reinventing myself every ten years or so, so it’s been great to go from Grimm and Andersen and J.M. Barrie—the world of folklore and children’s literature—to something completely different,” Tatar said.

Gates and Tatar have known each other for decades. Their partnership on "Folktales" began when an editor they both work with suggested it.

“This was such a huge, ambitious project that neither one of us dared to go solo on it... but because I knew that [Professor Gates] would be working with me it seemed doable,” Tatar said.

The four other works nominated by the NAACP literature committee in the fiction category were novels.

“I think there was a realization [by the NAACP committee members] that this was an extraordinary cultural heritage that had not been written down, and had more or less vanished....Oral storytelling traditions are the literature of times past, so I think in an interesting way we were in the right category,” Tatar said.

While the anthology was focused on African and African-American lore, Tatar said her research prompted questions about other cultures’ folktale traditions.

“The great challenge for me was to try to figure out why we tell children stories from Germany and from France and from England,” she said. “Where is our native lore? What happened to the vernacular, to the stories that were part of an oral storytelling culture in early centuries?”