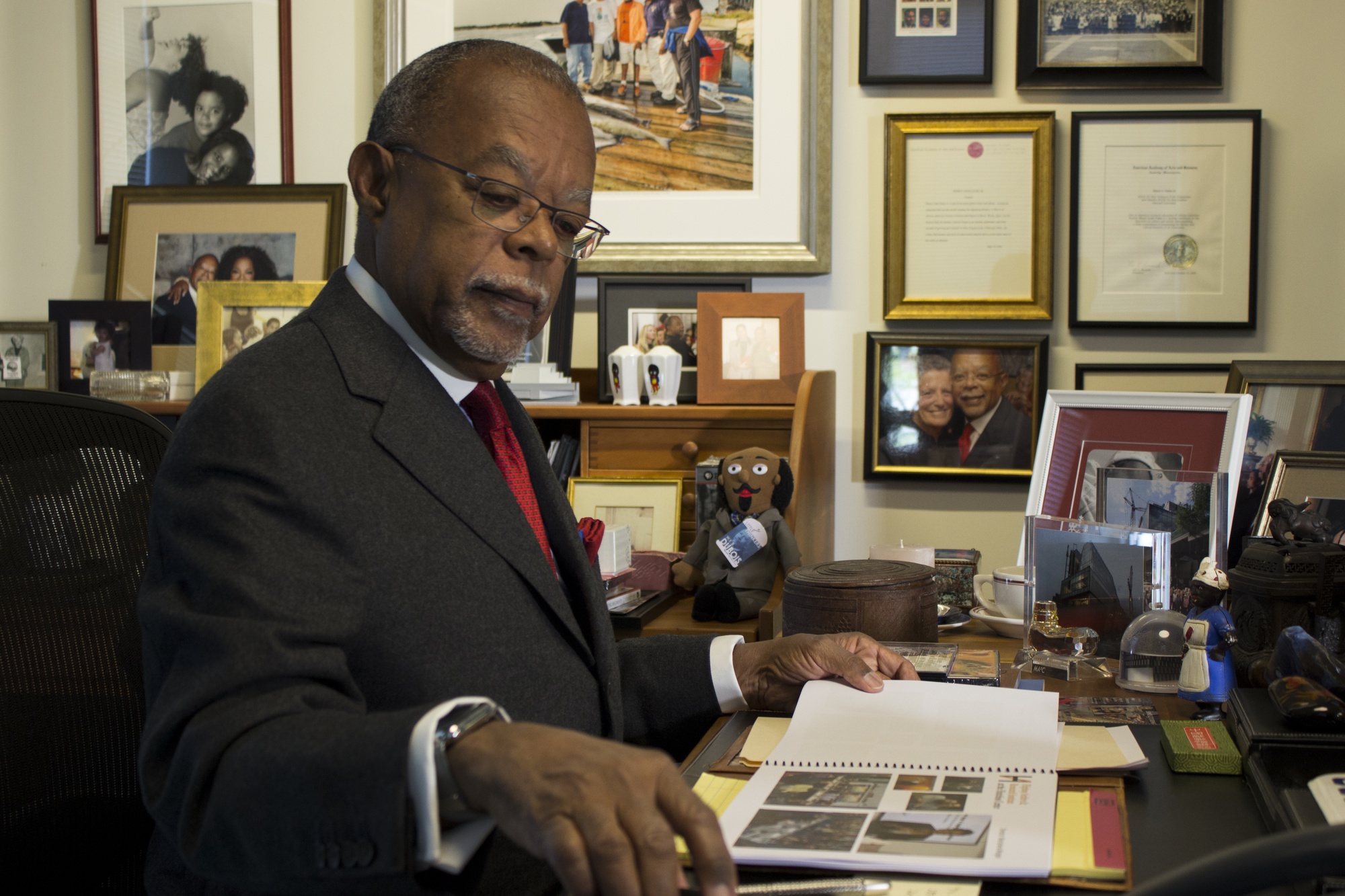 A current portrait of Professor Henry L. “Skip” Gates in his office at the Hutchins Center for African & African American Research on Mount Auburn Street. By Thomas W. Franck

​When Department Chair Nathan I. Huggins died in December of 1989, it looked like the end of Afro-American Studies at Harvard.
By Laura E. Hatt

When Department Chair Nathan I. Huggins died in December of 1989, it looked like the end of Afro-American Studies at Harvard.

Huggins’ death left a vacancy that the Harvard administration couldn’t seem to fill.

“It was not that easy to attract just anybody,” recalled Henry Rosovsky, former Dean of the Faculty of Arts and Sciences. “The [department’s] history was turbulent.”

The department had been fraught with conflict since its inception. Established in April 1968, it was born out of the civil rights movement and pressure from groups like the Association of African and Afro-American Students (AAAAS).

These activist origins led some to doubt its legitimacy. According to Robert L. Hall ’69, a former member of AAAAS, some faculty and administrators viewed it as “a peace-seeking accommodation.”

“There was a perception here that people who went into African history here did so because they couldn’t cut the mustard in regular history,” Hall added.

This reputation led to serious staffing difficulties—by 1990, the department had only one senior faculty member, Werner Sollors. Sollors, a professor of English literature, also served as interim chair.

The dire state of the department did not go unnoticed. As University President Derek C. Bok entered the last year of his term in 1990, he prioritized revitalizing the Afro-Am department. Bok and Rosovsky “both agreed that one of the major problems was to make sure that the Afro-American Studies department had a really promising future,” said Rosovsky. “We spent much of that year looking for a new person to take charge of that.”

The Roof is on Fire

Bok and Rosovsky’s mission was easier said than done. The department’s reputation preceded it, and though Harvard energetically pursued potential chairs and faculty at other schools, candidate after candidate fell through. Nearly a year after Huggins’ death, the University had made little progress—the department was still understaffed and flagging.

In the fall of 1990, students lost their patience. “This was when the rumbling started that [administrators] were going to close the department,” said Tamara D. Duckworth Warner ’91. “That’s really what sparked the protest.”

The conflict came to a head with a series of protests in the fall of 1990. During one memorable week in November, eight students staged a 23-hour sit-in outside University Hall and demanded the administration hire more faculty. About 150 other students rallied in support of the sit-in that day, and another 70 marched down JFK Street during the annual Harvard-Yale football game the following week.

Protesters focused their demands on Henry Louis “Skip” Gates Jr. Then a professor at Duke University, Gates was considered a rising star in the field of Afro-American Studies. 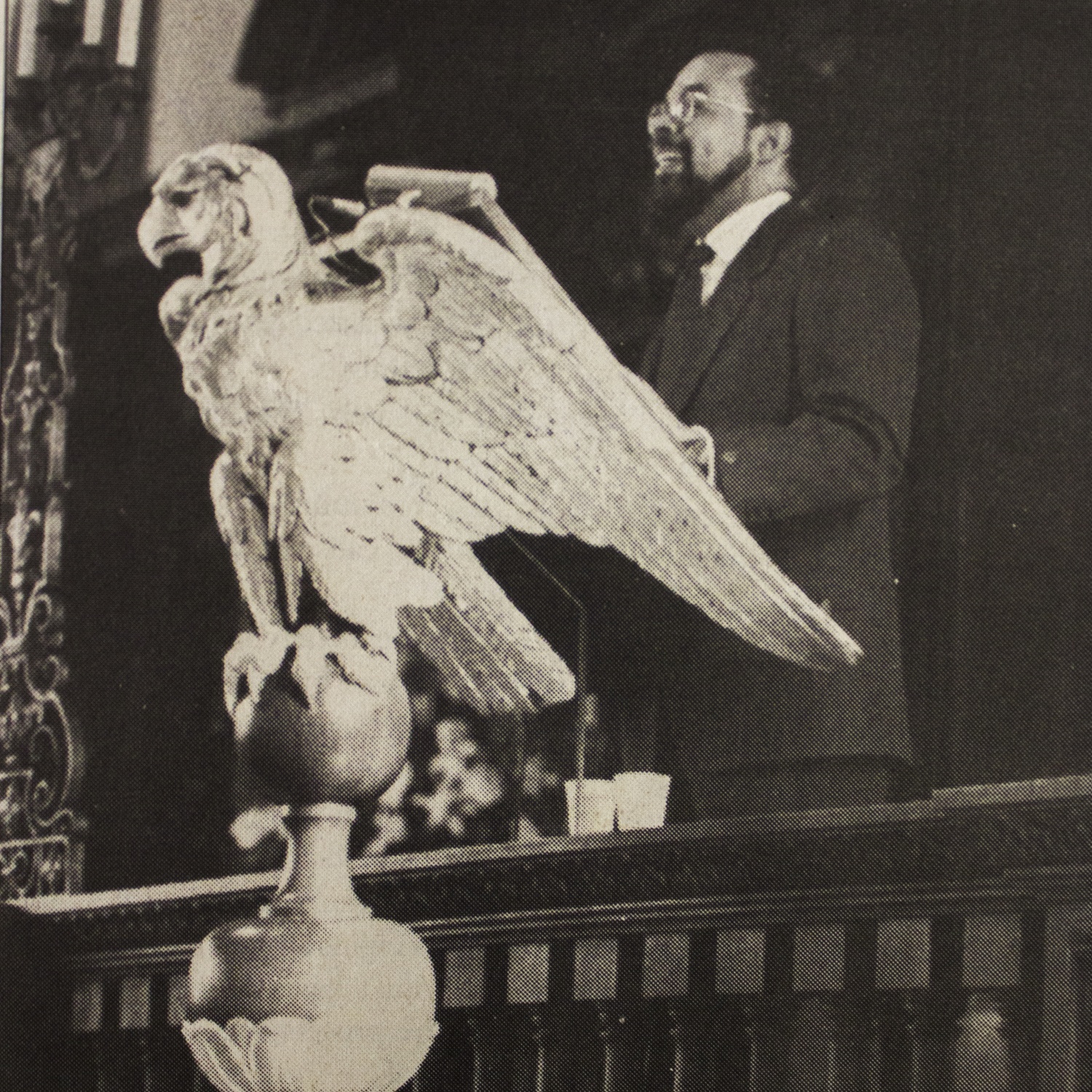 “Dubois Professor of the Humanities Henry Louis Gates Jr. was the featured speaker at a service in honor of Martin Luther King." By Isabel M. Dedring

Protesters interpreted the oversight as a lack of commitment to the field. “We felt that Harvard really wasn’t serious about trying to keep the African-American Studies department. If we’re on the brink of closure, why wouldn’t we be in this game, in the game to try to get Skip Gates?” Warner added.

Shortly after, the administration turned its attention to Gates in earnest, offering him the chair position and a promise of renewed support for the department. “I trusted Henry Rosovsky, and I trusted Derek Bok,” said Gates. “I knew their commitment was sincere.”

In early 1991, he accepted the position.

From Protest to Ph.D.

While the Afro-American Studies department of early 1991 may not have been at the forefront of the field, Gates saw potential. “It had the kind of pull and clout and resources that, if it wanted to, it could go from last place to first place,” he said. “That was very much on my mind when Dean Henry Rosovsky and President Derek Bok made me the offer to come and to attempt to regenerate what was called Afro-American Studies at that time.”

The months that followed were a period of intense preparation. Gates said he flew from Duke to Harvard every two weeks throughout the spring of 1991 to prepare for the job and sit at “the proverbial feet of the masters.” By the time he officially began work in the fall of 1991, Gates was ready to hit the ground running.

Gates’ first order of business was faculty recruitment, the catalyst of the previous year’s protests. When he took the reins, the department still had only a few senior faculty members: Sollors, Gates, and Gates’ longtime colleague and friend K. Anthony Appiah. Afro-Am needed a staff. 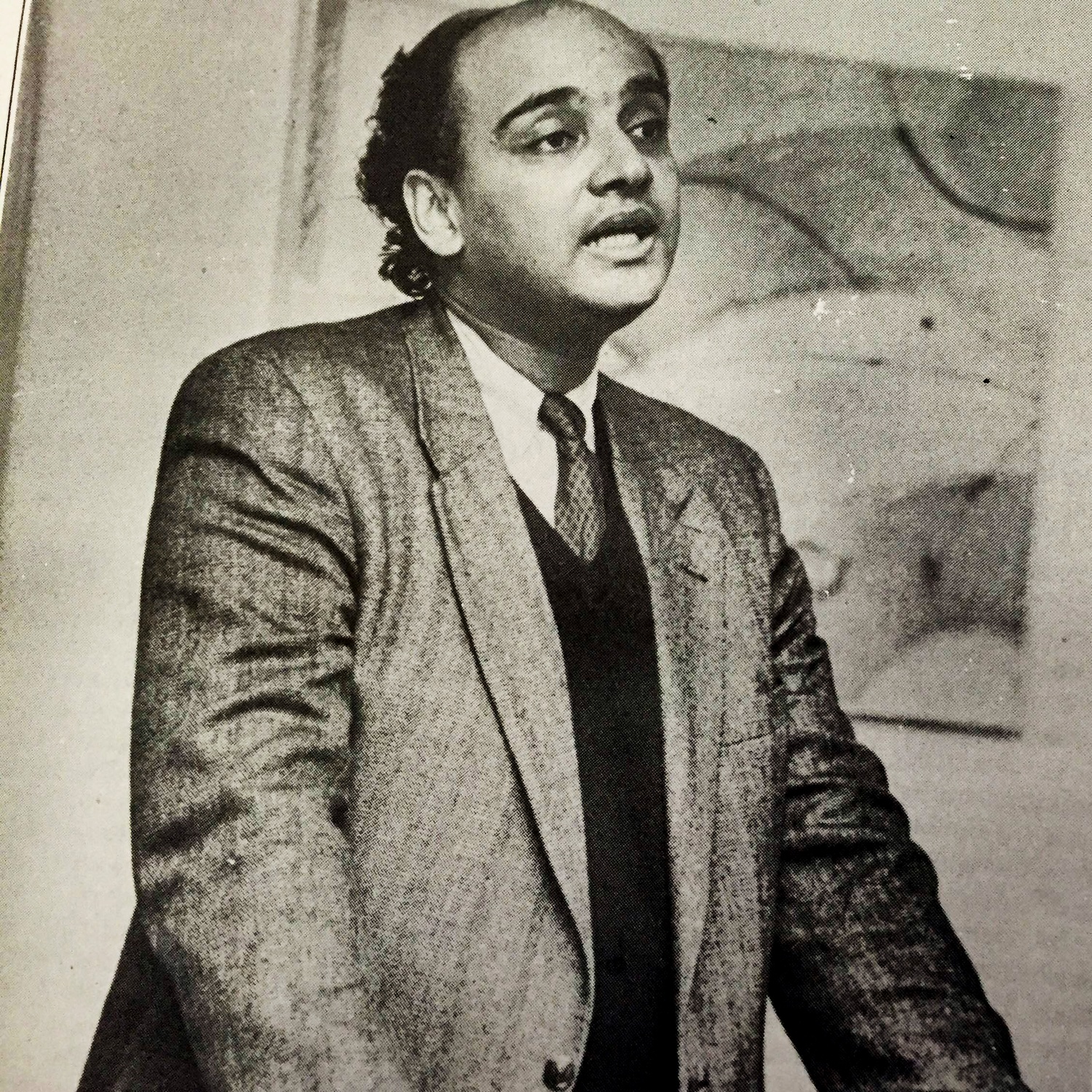 ”Duke Professor K. Anthony Appiah, who may receive an offer of tenure.” By Kimberly A. Ziev

To facilitate the process, Gates visited almost every department in the Faculty of Arts and Sciences to introduce himself and “demonstrate to people what the vision was.”

Within a few years, Gates’ faculty included some of the biggest names of the field—including Cornel R. West ’74, William J. Wilson, and current professor of history and African and African American studies Evelyn B. Higginbotham, among others.

This roster, in conjunction with a robust fundraising campaign, rapidly rejuvenated the department. “The only way you can build a great department is to persuade brilliant people to join you,” Gates said. “Then, it’s like the movie Field of Dreams: If you build it, they will come. Once we got the faculty, then the students started swelling our ranks.”

Enrollments grew rapidly, and soon the department grew to include a Ph.D. program.

“We now give a Ph.D. in African studies, in African-American studies. We created what became the largest African language program in the world under the direction of Professor John Mugane,” Gates said. “That was a big agenda.”

“Everything felt like it was dying on the line and he came in like a breath of fresh air,” Warner said.

This growth signified more than the expansion of just any department. “The birth of the department was very difficult because [while some students] felt that it was a triumph of activism at that time, faculty always felt that it was simply a kind of political accommodation,” Rosovsky said. “Both are wrong. The issue was not just the department. The issue was the establishment of Afro-American Studies as a legitimate field within the University.”

This growing legitimacy was based on a reimagining of what it meant to study African and African-American history in an academically rigorous way. “We let it be known that this wasn’t going to be ideological. This wasn’t a political department. Everyone was welcome, black and white. There would be no black nationalist politics, no political correctness,” Gates said. “It had to be an academic department, rigorously meeting the standards of every other department and every standard of excellence.”

“It’s hard not to see it as a success story,” Rosovsky said. “The department has legitimacy with students, not in a political but in an academic sense. I think the field has gained acceptance, in the University and elsewhere. When you think about it, this all started not that long ago. That’s a pretty significant achievement.”

—Staff writer Laura E. Hatt can be reached at laura.hatt@thecrimson.com.