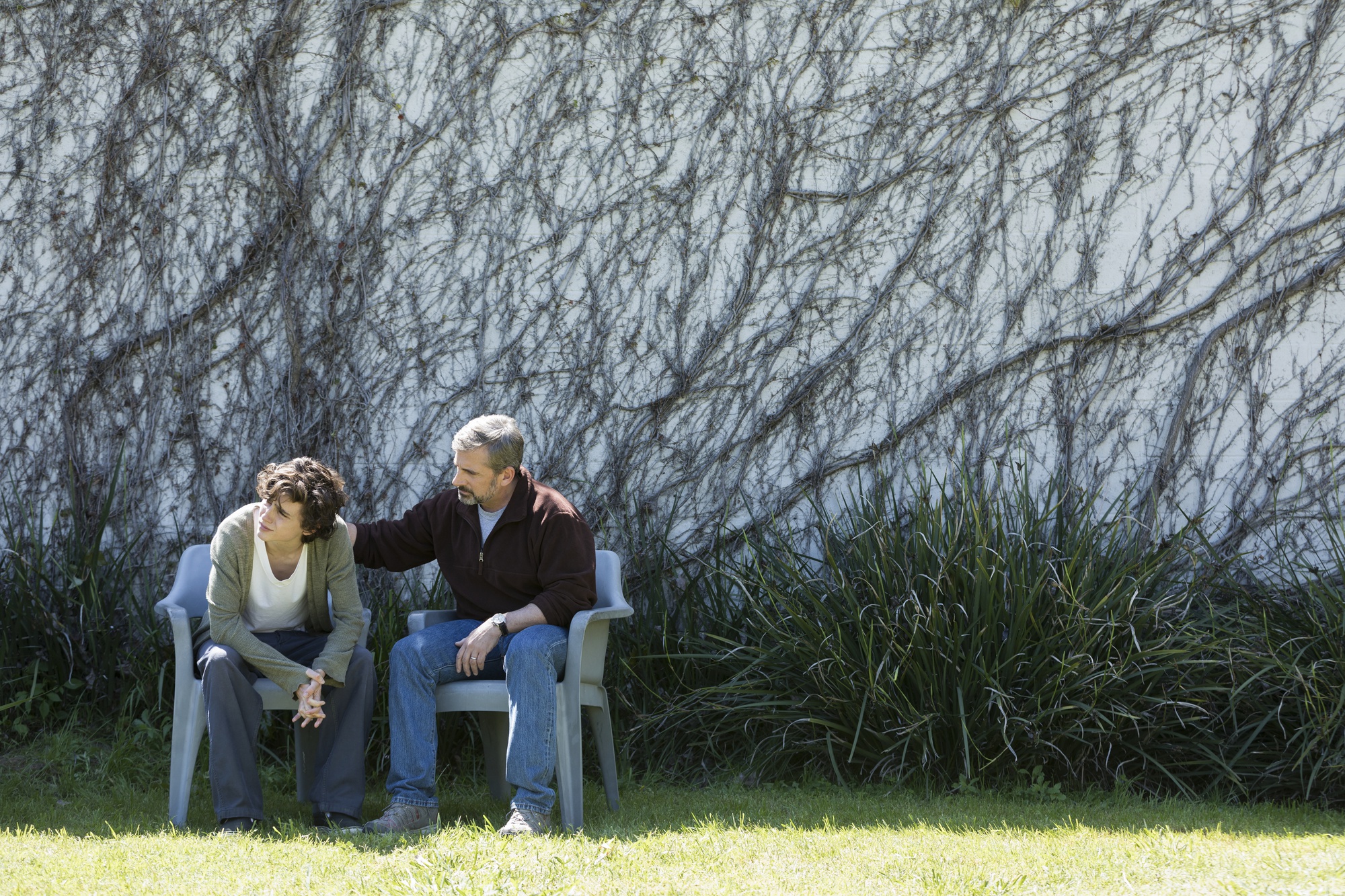 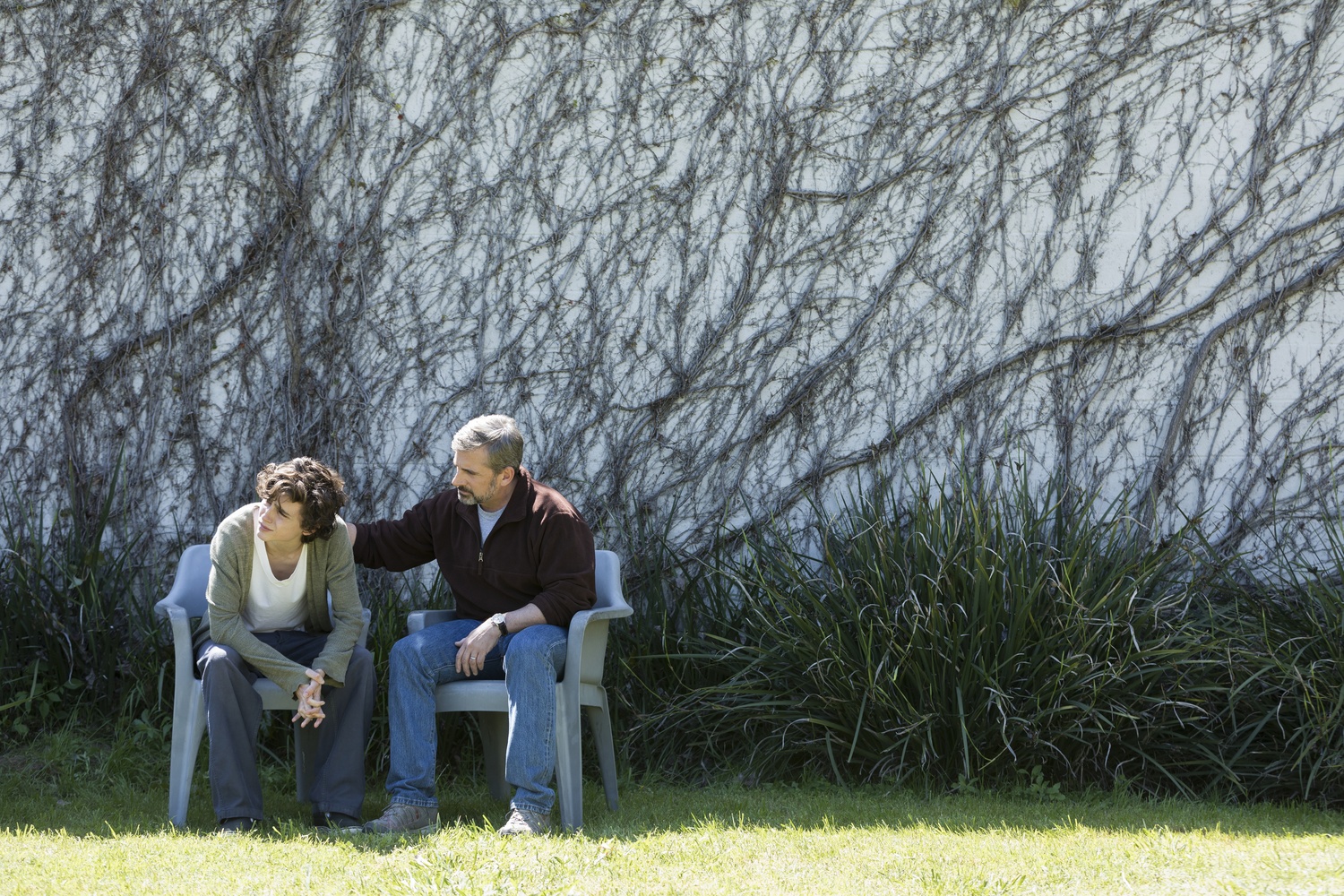 “Beautiful Boy” has hard answers for hard questions. Based on the separate memoirs of New York Times contributor David Sheff and his son, Nic Sheff, the film unflinchingly chronicles the cost of addiction on a once-close relationship between father David (Steve Carell) and son Nic (Timothée Chalamet). Viewers watch David’s pride turn to disappointment and impotent rage as Nic tests his family’s love and trust to fuel his methamphetamine habit. Throughout the film, Nic and his father fight raw, emotional battles over the scope of their responsibilities to each other. Is David obliged to give Nic a second, third, or fourth chance that he may not deserve but desperately needs? Does Nic owe it to anyone but himself to sober up? In the end, “Beautiful Boy” is more horror than Hollywood, and takes no artistic shortcuts to portray addiction honestly: as incurable, unpredictable, corrosive, and dangerous.

Anchoring “Beautiful Boy” are strong performances by Chalamet and Carell. As their relationship is slowly poisoned by Nic’s addiction, Carell masterfully portrays David’s turmoil, deftly transitioning between shock, anger, and numbness. His performance reflects an understanding of David as an essentially flawed human being with grand plans for his son — plans put in jeopardy by Nic’s failings. In a particularly charged scene, a drug-addled Nic and David argue at a diner they frequented in happier times. After Nic asks for money, David expresses his disappointment — that Nic was going to college and would play on the water polo team — and has thrown it all away, saying, “This isn’t you; this isn’t us.” Carell looks convincingly crushed at Nic’s response: “This is me, Dad. This is who I am.” Parallel to the rawness and humanity of Carell’s performance is Chalamet’s Nic: alternately charming and ruthless, ultimately inscrutable and hollow. When Nic comes home late or claims to have a steady job, his occasionally truthful professions of sobriety are always convincing — but never fully.

Carell and Chalamet are supported by a strong ensemble cast. Amy Ryan, who once played Holly Flax on “The Office,” returns opposite Carell as Vicki Sheff, David’s ex-wife. For viewers of “The Office,” Carell and Ryan’s strong, dramatic dynamic may prove jarring — here, the two are divorcés whose tried-and-true response to Nic’s relapses is to bitterly blame each other. Their emotionally charged arguments provide an effective context for exposition. Andre Royo puts in a short but strong performance as Spencer, Nic’s Narcotics Anonymous (NA) sponsor, who understands Nic’s demons but is powerless to stop them. And Maura Tierney plays Karen, David’s current wife and Nic’s stepmother. Karen is more clear-headed about the havoc Nic is wreaking, and more willing to hold him responsible. With Karen as a reference point, David’s unreasonable optimism becomes more and more divorced from reality. Karen ultimately loves Nic, and Tierney brings these emotions to the surface in a poignant scene following a heartbreaking betrayal.

Screenwriters Felix Van Groeningen and Luke Davies have produced a realistic and honest script. The nature of addiction means “Beautiful Boy” cannot follow a traditional story arc; false highs become new lows again and again as Nic relapses. Where a weaker script may have shied away, “Beautiful Boy” confronts harsh realities in exposition. When David visits a doctor to try and understand the damage Nic is doing to himself, there is no relief: A methamphetamine addict’s brain is quickly and permanently altered for the worse, and Nic’s chances of full recovery are slim to none. In short, the eponymous beautiful boy is gone forever. The transformation is hard to watch, but demands one’s full attention.