Much Care Given in 'The Caregiver' 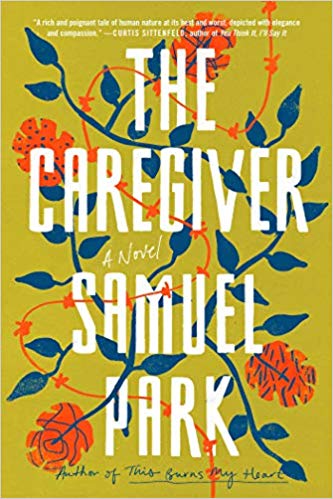 Written as author Samuel Park was dying of stomach cancer, “The Caregiver” not only ponders the terrifying nature of cancer, but also explores an immigrant’s experience in America and the relationship between mother and daughter. Park’s prose twists the mundane into different forms, shedding new light on themes that are pervasive throughout literature.

The novel begins with Mara working as a caregiver for Kathryn — who suffers from stomach cancer as Park himself did — in Bel Air, California. What at first appears to be a meditation on the trials of cancer patients and their loved ones quickly shifts to a different focus as the reader is transported back to Mara’s childhood, nearly two decades earlier, in Copacabana, Brazil. What follows is a beautiful and twisted look into the love between daughters and mothers, or mother figures.

Park uses metaphors constantly, imbuing his prose with dazzling ingenuity. This employment of language is perhaps striking to an American audience but more common in his native Brazil, as Mara points out: “In America, there were no metaphors. If a woman trusted her partner, she didn’t say that she would set her hand on fire. When a woman had all the power, she didn’t say she had a knife and a piece of cheese in her hands.” Mara lists countless examples of Brazilian idioms and common metaphors, which seem to have influenced Park’s writing. A night isn’t pitch-black, but rather “a vinyl record, dark and full of scratches, in perfect sync with the needle of God.” An experience isn’t mundane, but rather “as exciting and inevitable as Loch Ness for a Highlander.” Each page promises a new metaphor and a new way of experiencing everyday moments.

It is this unique style that so perfectly captures a view of America from the perspective of someone who was raised elsewhere. Mara notices the free things Americans seem to take for granted, such as “the doggie bags at the restaurants. The clothing catalogues. The public bathrooms...The old and the disabled [getting] checks every month from the government.” Restaurants like Subway seem like “mini-factories where the open layout allowed customers to see the assembly line.” Mara notices the differences in social norms between her native Brazil and America, as in America you can’t “knock on [your] neighbor’s door and expect a cup of coffee” but “women were not allowed to be beaten by their husbands and it was okay if they didn’t cook every night.” Most importantly to Mara, “in America, there weren’t ghosts everywhere.”

But Park’s crowning achievement in “The Caregiver” is his ability to depict mother-daughter relationships full of love and tension. Early in the novel, Mara muses on “how silly it was for a mother to make the mistake of falling in love with her own child.” The rest of the novel ruminates on this point, as Mara’s mother is forced to make tough decisions in order to keep her daughter alive during the political strife of Brazil’s authoritarian military dictatorship in the late 1970s. Kathryn, years later, becomes a “proxy mother” with whom Mara can have conversations about life that she never had the chance — or bravery — to have with her own mother in Brazil. It’s as if Park wants us to believe that we should “think of other women as potential mothers...mothers for a moment, for a minute,” but that we should never forget the pain that inevitably accompanies a bond as strong as motherhood.

This novel, written during the darkest of times for Park, is a beacon of light. Although “The Caregiver” deals with difficult topics, the interesting ways in which Park is able to manipulate language creates something altogether beautiful.