Men's and Women's Crews Prepare for Head of the Charles Regatta 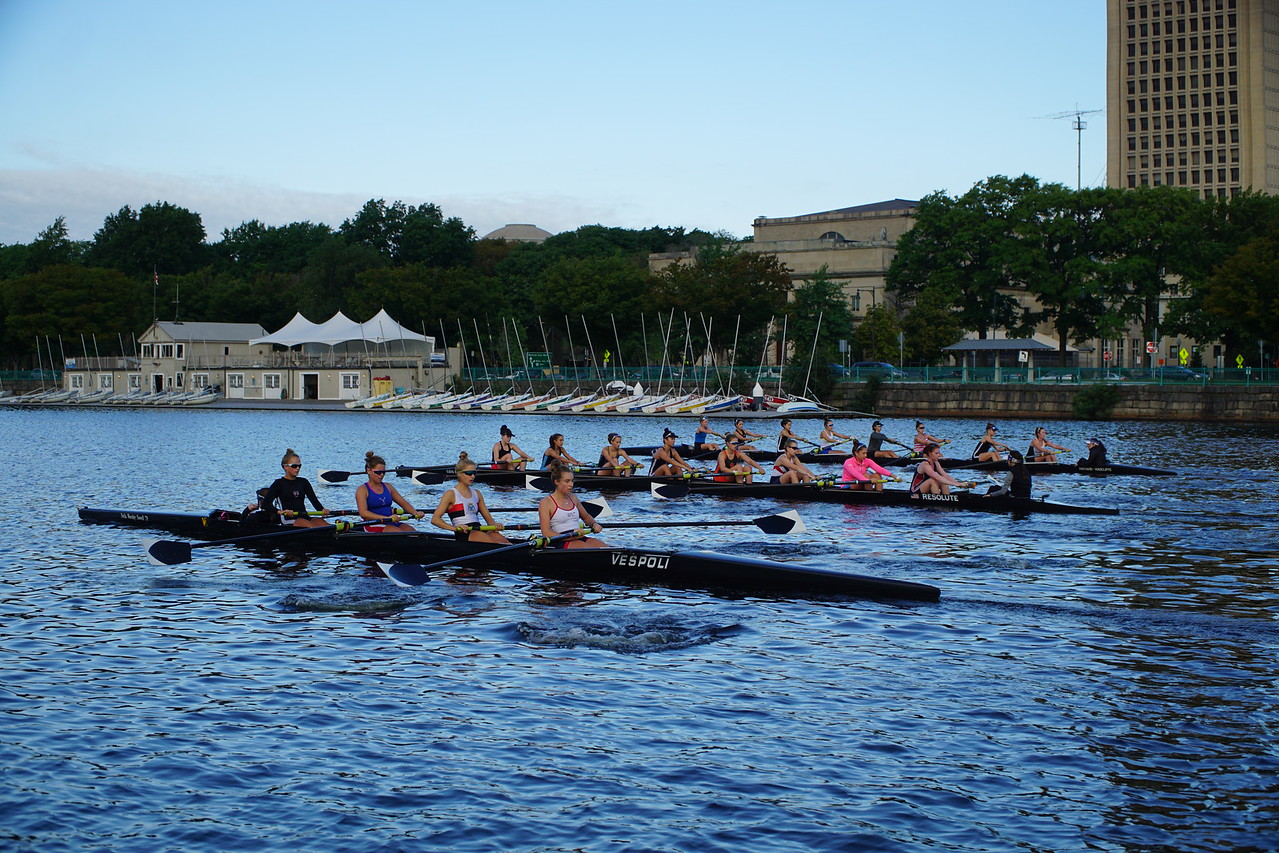 The Head of the Charles is the first race of the season for the squads as they prepare to launch their 2018-2019 campaigns. As one of the largest races of the fall season, the Head of Charles presents an opportunity for the rowing world to reunite.

“We are kicking off another year. Your friends from around the rowing world all come to one place,” Butt said. “It is Boston in the fall so it is beautiful and everyone is excited about the prospects for the upcoming year.”

Junior women’s lightweight captain Maria Boyle relishes the environment presented by the Head of the Charles. She echoed Butt’s sentiments of general excitement for the start of the season.

“There is just so much activity that we call it ‘Rowing Christmas’ on our team just because it is super fun and is our first big showcase of our speed for the year,” Boyle said.

In addition, for Boyle and the rest of the women’s teams, the Head of the Charles also presents an added element of intrigue. Located along Memorial Drive, the women’s boathouse rests along the Charles River right in the middle of the racing action.

“The race is on our home course and so it is a pretty special time for us with our boathouse being the middle of the race exactly,” Boyle said. “There is so much going on and so many visiting teams.” 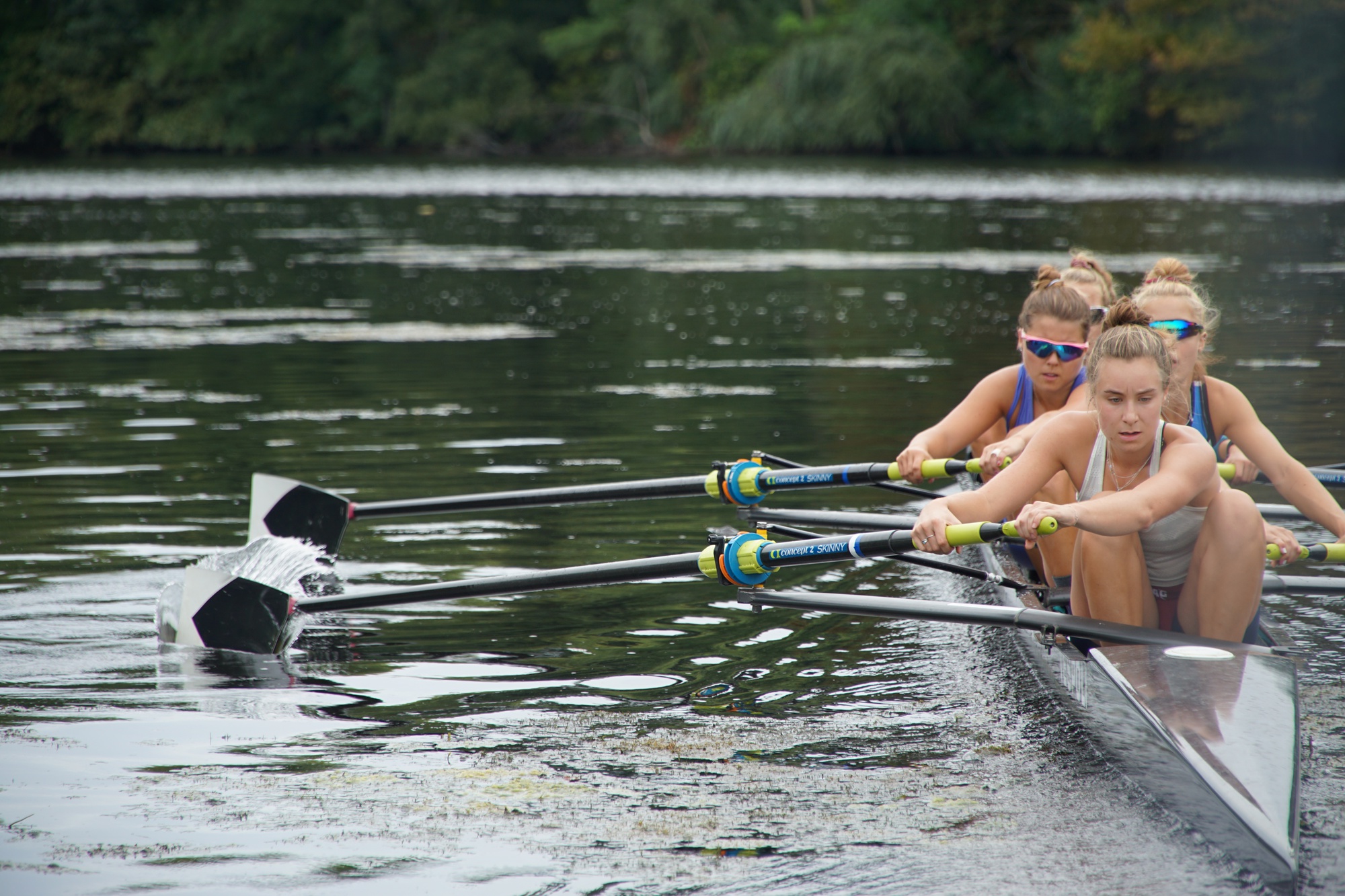 The Head of the Charles Regatta is chock-full of tradition and draws massive crowds to the banks of the river. By Allison G. Lee

While the Head of the Charles generates excitement for both the teams and the surrounding Cambridge and Boston community, the intensity of rowing differs from that of the spring season. According to men’s lightweight coach Billy Boyce, the spring is the more competitive season.

“It’s really early in the year, and so it gets a lot of fanfare because it is a very visible event. It is the premier event of the fall, lots of spectators. So it gets a lot of excitement, but it is not that relevant come spring,” Boyce said. “So we train through it. We don’t put that much emphasis on it. Obviously on the day we will do our very best to get down the race course as fast as we can, but our goals are set toward the spring season. So we are approaching the year with that in mind, not with this event in mind.”

Men’s lightweight captain David Wexner emphasized Boyce’s views. For Wexner, the Head of the Charles creates an environment conducive to racing with the amount of spectators, especially those with Harvard affiliations.

“I think it is a nice event because no one is taking it too seriously. Obviously any time that we are out on the water we want to do as well as we can,” Wexner said. “But there is not a tremendous amount of pressure on it. It is just kind of a fun event.”

“The fall is head style, which basically means that you are doing time trials over the course. So one boat will go and a timer will start. Your time for the course will be recorded,” Boyle said. “While in the spring you are all lined up and then they say ‘ready, set, go’ and all the boats go off at once. So you can see how you are doing relative to the other boats.”

With these differences, the Head of the Charles does not represent much for the teams as they look ahead to the competitive season in the spring. Rather, the race provides the opportunity to have rowing in the spotlight. 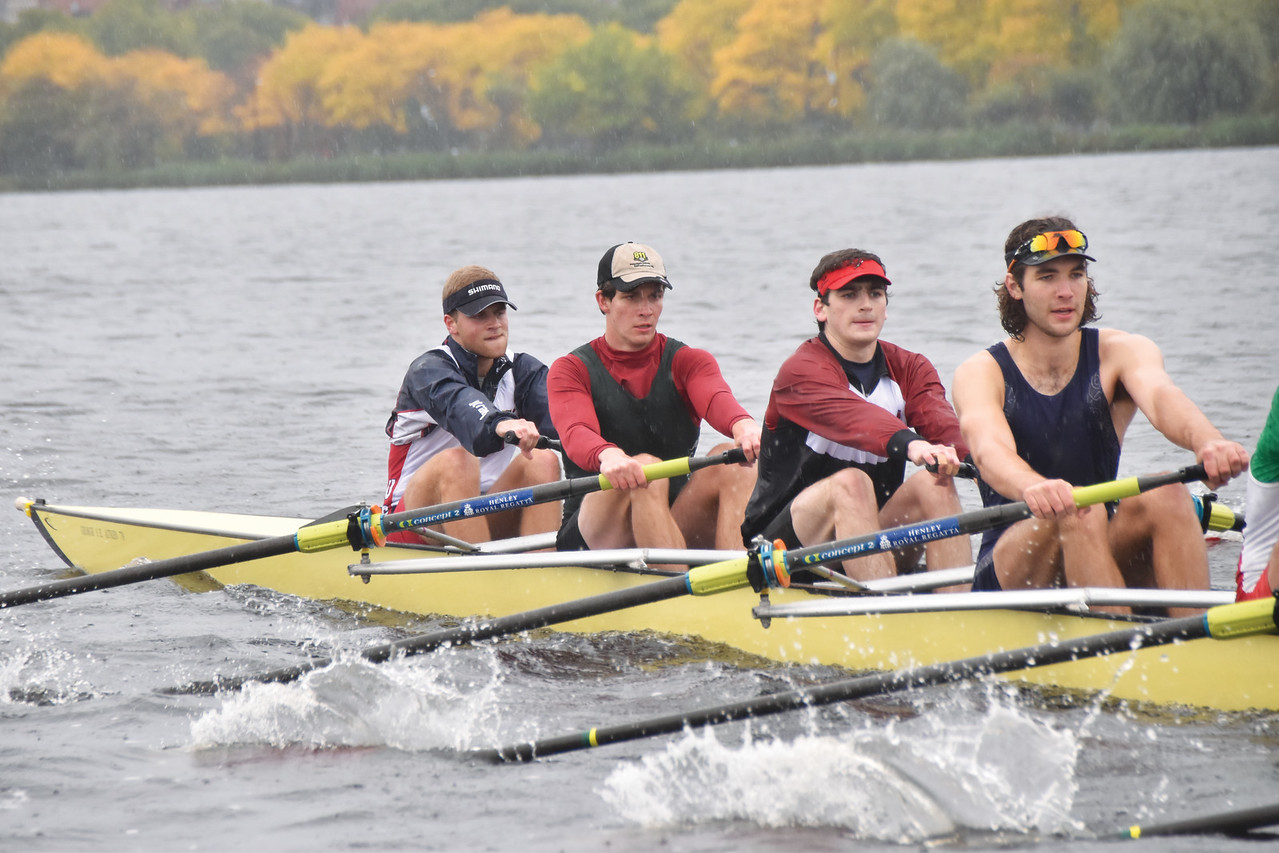 Compared to the competitive spring season, the Head of the Charles is a much more relaxing experience for the teams. By Quinn G. Perini

Last year at the race, both lightweight teams placed third in the eights division. According to Boyce, while the teams always want to win at the Head of the Charles, these finishes are rarely indicative of what is to come later in the spring season. For the Crimson, the performance was fairly consistent last season as the men’s lightweight team also placed third at Nationals.

“Teams that place at the Head of Charles sometimes do not place at all come spring, sometimes vice-versa, sometimes it is about steady. For us last year, it just so happened that we were third at the Charles and we were third at the Nationals,” Boyce said. “Past [champions] have gone to miss the medals in the spring or teams that haven’t won medals at the Head of the Charles have gone to win the whole thing in the spring.”

According to Wexner, in general there is a lot of a variation with which schools have the best time for any given race. This variation makes it difficult to predict how a race will go on any given weekend.

“With a lot of these events, the competition varies a lot year to year,” Wexner said. “So going off of rank or even times with the weather being so variable too, it is hard to get a picture of how crews are doing. We are hoping to keep it building.”

“I think this is a lot more fun. You have the whole weekend with boats going off all the time,” Wexner said. “I think the team has been practicing hard and is excited to have a chance at racing this weekend. Definitely a lot more to come this year so this is kind of a fun stop along the way.”