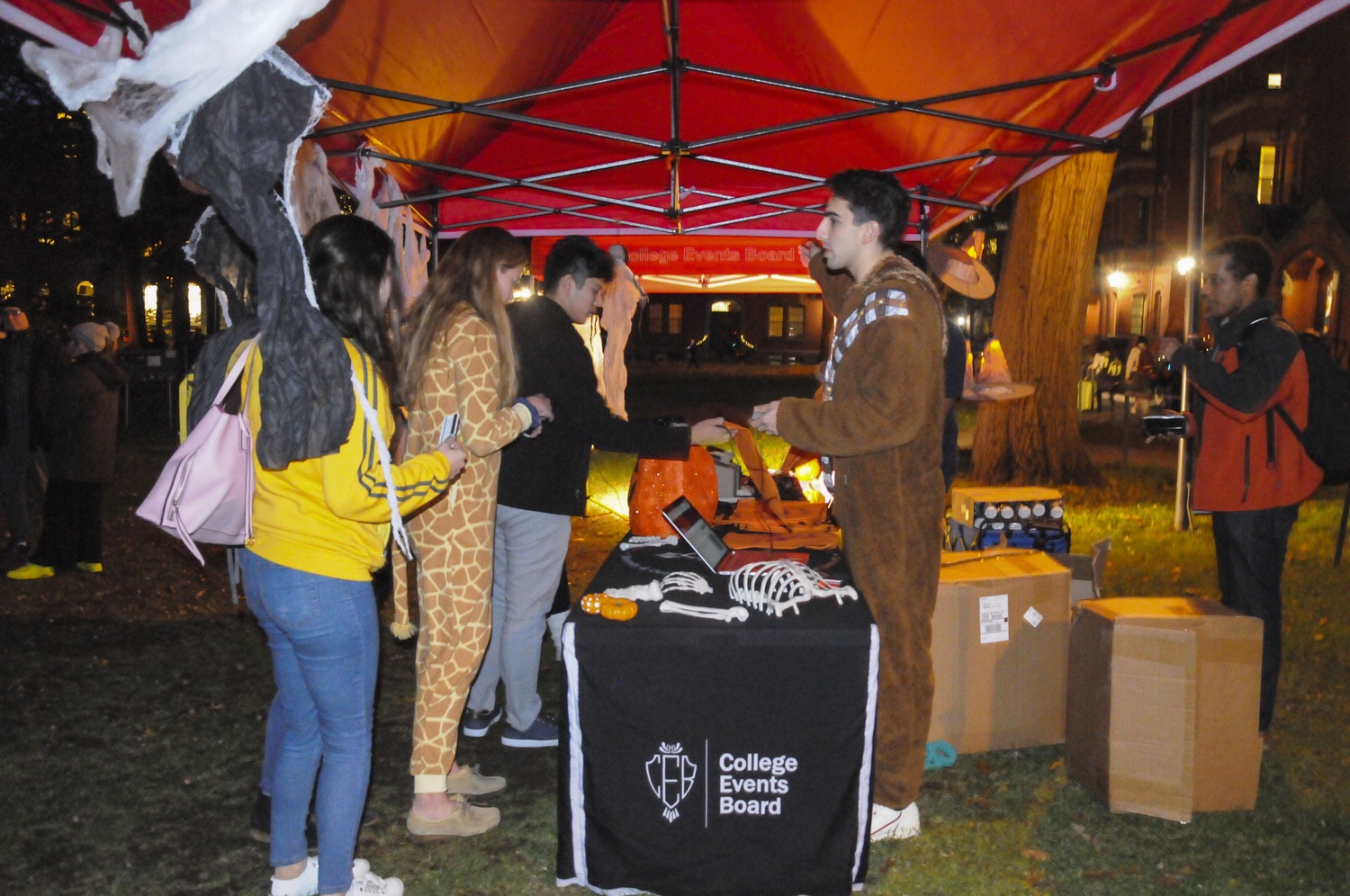 The College Events Board hosted a fun Trick or Treat event in Harvard Yard on Halloween. By Mia B. Frothingham
By Aspen H. Buck, Jania J. Tumey, and Rebecca E. Xi, Contributing Writers

A Halloween-themed Annenberg and an evening of candy and music in the Yard marked an atypical Wednesday at Harvard, as undergraduates paused to celebrate the holiday.

Costumed students strolled around Harvard Yard at a trick-or-treat event hosted by the College Events Board, which featured celebration a photo tent, costume competition, and plenty of candy.

“About five hours to build the jaw, and then like three hours to put it all together in the morning,” she said. “All my teachers were terrified. Several of my classmates refused to sit next to me.”

“It’s been fun,” Saavedra added. “Halloween is good on a Wednesday!” 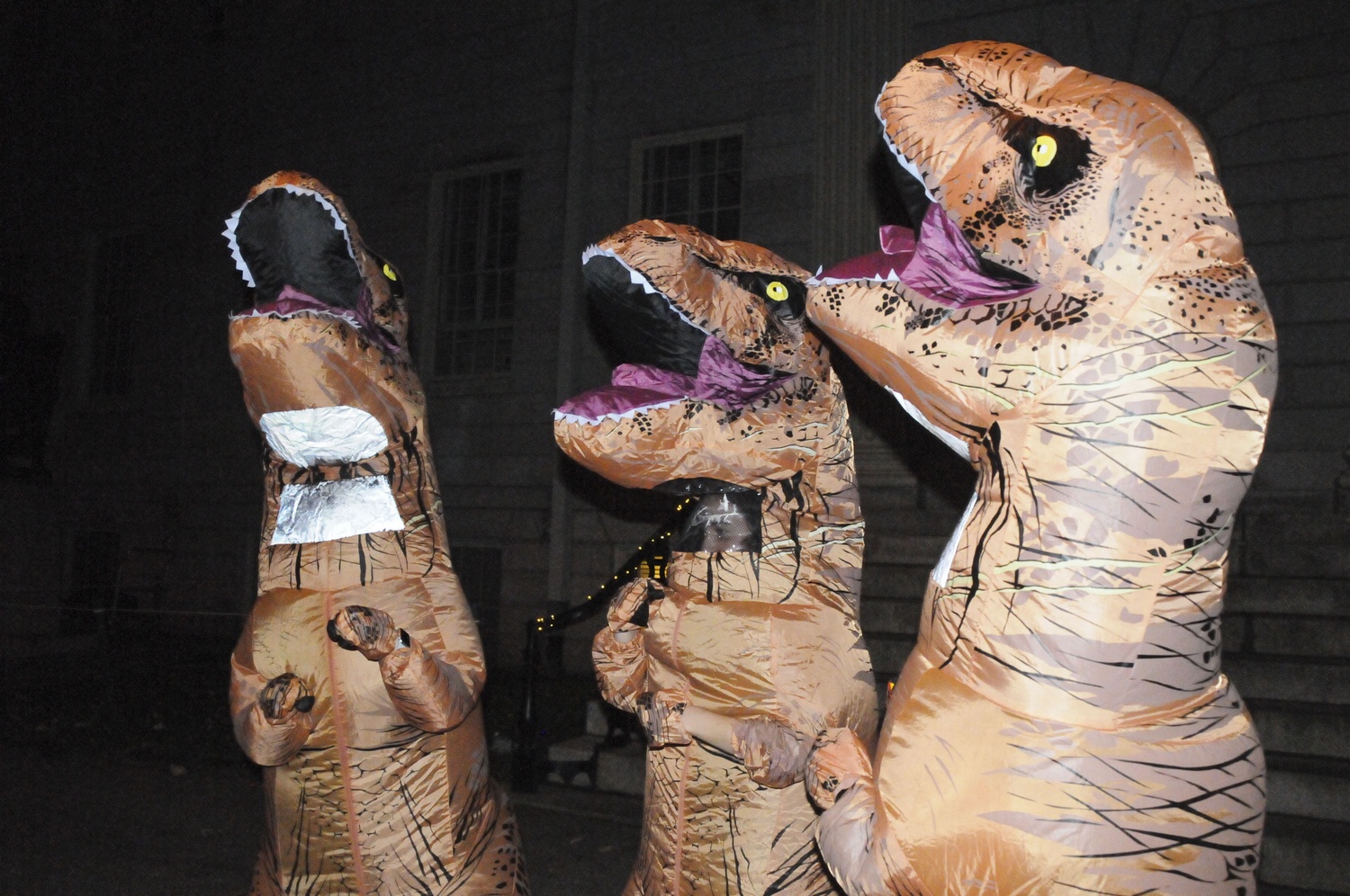 Students dressed up for the Halloween costume contest and trick-or-treating in Harvard Yard. By Mia B. Frothingham

Wang said many people took photos of the duo throughout the day. John S. Martin, an ID checker in Annenberg Hall, where freshmen eat meals, even called Saavedra’s and Wang’s costumes “outrageous” earlier in the day.

Pat M. Rounds, a graduate student at the Graduate School of Education who is currently interning with CEB, handed out candy from the steps of Weld Hall to trick-or-treaters. Rounds, dressed up as Thing 1 from Dr. Seuss’s "The Cat in the Hat," said students seemed to enjoy the event.

“It’s great, everyone’s coming out and having a good time getting a sugar rush going,” he said.

“Halloween is my favorite holiday. I loved it as a kid,” Fee said. “Now that I’m a Yard dean, I wanted to see more about how first-years in particular celebrate Halloween.”

“It’s really fun to improvise a bit and come out and see what’s going on,” he added, referring to his costume.

Outside of Wednesday night’s CEB event, many upperclassmen houses hosted Halloween festivities. Some professors, such as Michael I. Parzen, celebrated the holiday by dressing up.

Traditional Halloween decorations adorned Annenberg, where, mask-clad Martin greeted freshman walking into the dining hall. Pumpkins carved by students for a pumpkin-decorating competition lined the sides of the historic building.

The winners of the competition, announced on Friday, won $75 each in subsidies for entryway study breaks.