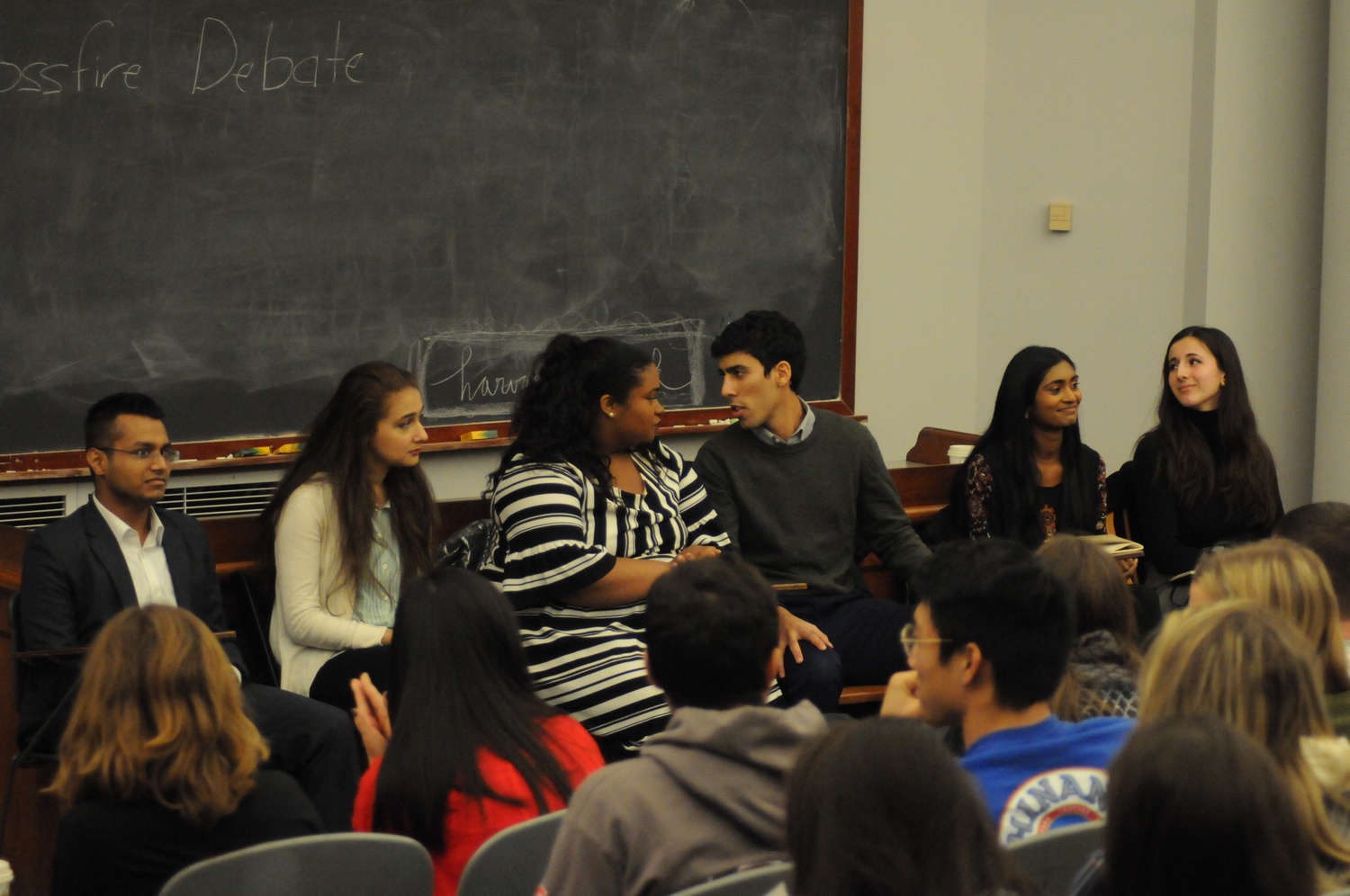 The three presidential tickets running to lead the Undergraduate Council faced off in the UC-Crimson “Crossfire” Debate Saturday evening, sparring over controversial issues including the ongoing admissions lawsuit and the possible elimination of shopping week.

The ongoing lawsuit alleging Harvard discriminates against Asian-American applicants marked one of the central issues canvassed in the Crossfire Debate. All three tickets said they believe the University's repeated assertions that it does not discriminate — but disagreed over what the College and the UC should do in response to the suit.

Agrawal and Khoury said they supported Harvard’s plan, as stated during the suit, to “expand diversity and to implement affirmative action.”

“We believe that a part of this transformative experience we’ve had is being able to immerse ourselves in the diversity on campus, whether it’s racial, ethnic, religious, or so forth,” Agrawal said. “However, at the same time, we believe it’s also important the College is more transparent about how it makes decisions.” 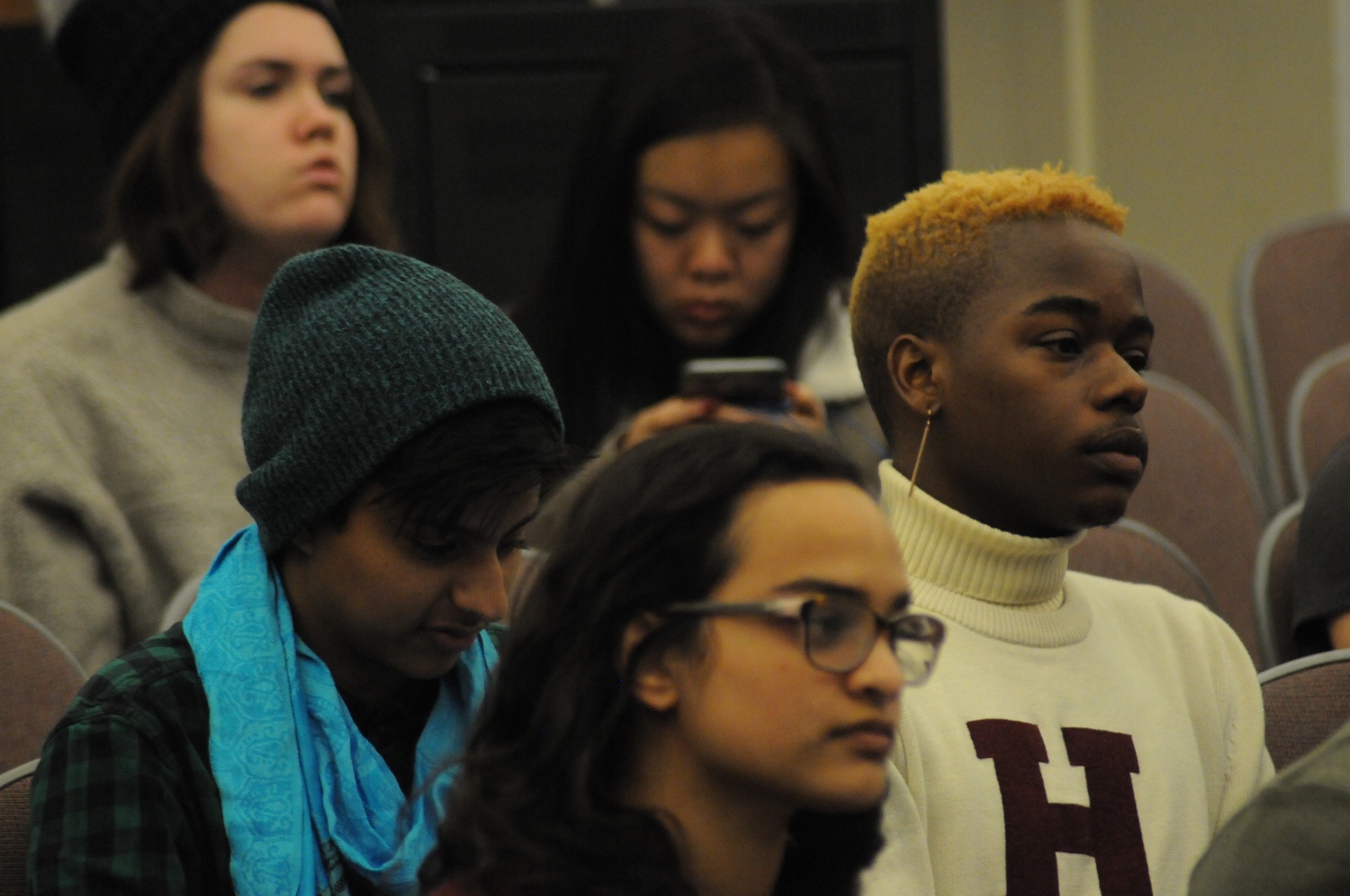 Ragheb and Miller said that, while they also agree with Harvard, they believe that the UC should not take a formal position on the matter.

Current UC President and Vice President Catherine L. Zhang ’19 and Nicholas D. Boucher ’19 have previously stated that the UC should not take a formal position on the admissions lawsuit.

Huesa said that, while she understands the rationale behind Zhang and Boucher’s position, she believes that it is important to support “communities of color [who] are under attack.”

“These are elected representatives who have political ideologies. And the fact that they all have a majority vote on something, that must mean they represent the majority opinion,” Huesa said.

Anticipated changes to shopping week also marked a key point of discussion. Faculty and administrators are currently weighing a proposal that would end the week-long period at the beginning of the semester during which students can freely walk in and out of classes before finalizing their enrollment.

While all three tickets indicated support for preserving shopping week, their approaches to addressing the issue varied.

For Palaniappan and Huesa, a “four-prong strategy” is the answer.

Agrawal spoke about his role distributing the student survey on shopping week and promoting a discussion in Leverett House between students and administrators.

“I increased the Education Committee funding by 150 percent so that they have those resources to lobby for [shopping week]," Khoury said.

Though Ragheb said he thinks the conversations surrounding shopping week are a good start, he said he would like to see more opportunities for the general student body to express their opinions.

“The UC should’ve given students on this campus a bigger role in doing this, more than just the listening conversations that we had,” he said.

All three tickets later said they favor the College’s sanctions on members of unrecognized single-gender social organizations, though they raised concerns over what they called the disproportionate impact the policy has had on female groups and female empowerment on campus. Since the penalties' debut over two years ago, every single one of Harvard's all-female social group has promised to accept individuals of all genders. By contrast, several all-male groups have vowed to fight the penalties to the bitter end.

Other topics discussed Saturday included a proposal floated by Ragheb and Miller to bring back hot breakfast in the upperclassman houses; a proposal by Khoury and Agrawal to change Pusey Library into a social space for first year students; and a proposal by Palaniappan and Huesa to offer social inclusion grants for undergraduate parties and social events.