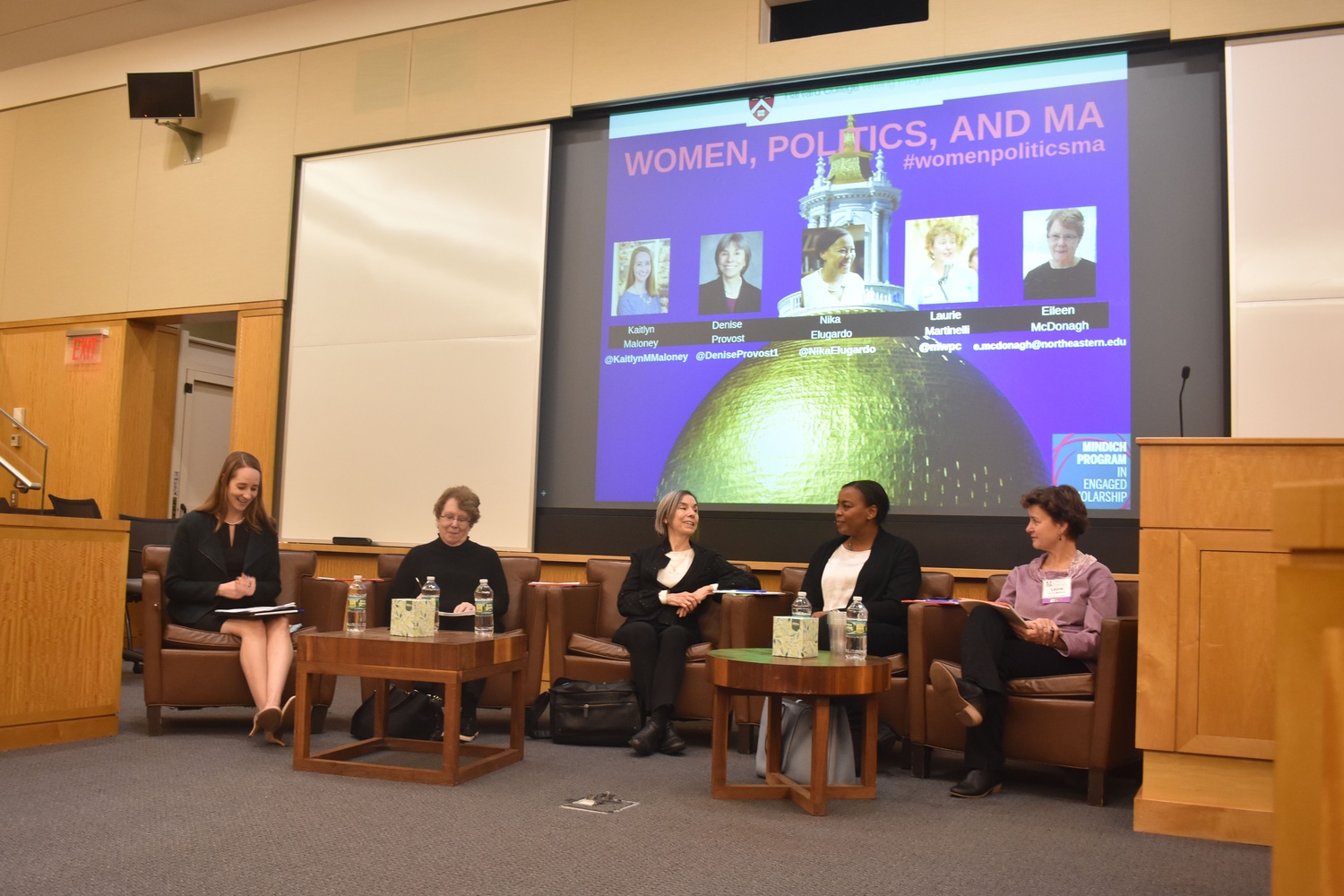 A small group of students gathered to hear female politicians and experts discuss how women fare in Massachusetts politics at a Harvard panel Wednesday afternoon.

Panelists said last week’s midterm elections made them feel cautiously optimistic about the outlook for women in politics.

Provost and Elugardo said they each faced unique challenges as women running for office in a historically male-dominated field. Provost said she first ran for office in 1993, causing her to realize politics can be “a pretty rough occupation” dominated by “a boys’ network.”

“After I was first elected, I had nails spread across my driveway,” she said. “Park rangers and managerial staff in buildings will call you ‘Honey’ or ‘Dear’ to remind you of your place. You’re frequently asking yourself, ‘Am I going to be the person who objects to this stuff?”’

Elugardo said she received less direct backlash than the women before her, gesturing in thanks to Provost. But she said people still treated her differently due to her gender during her campaign.

“I didn’t really think about running as a woman at first, which is a privilege that I have had thanks to the amazing women that came before me,” she said. “But certain things would happen to me along the way, and then I’d remember that I was being seen not just as a candidate, but as a female candidate.”

Elugardo said she felt that she was always being watched.

“Men on the trail would often want to touch me or engage with me in ways that were sexualized,” she said.

Provost said she can relate to Elugardo’s nervousness about being watched.

“Politics is a performing art,” she said. “Because of this, I act unrattled, even if I am feeling rattled.”

Both candidates said they think adversity taught them and those around them — including their families — valuable lessons about life.

“Both times I found nails in my driveway, I had both my daughters there with me. I realized: what a great teaching moment to show your daughters that when somebody throws nails in your driveway, you pick them all up and you ignore them,” Provost said. “You must continue onward with everything you can.”

Each panelist said they feel hopeful for the future but cautioned students to remember what they called the problematic history of gender and racial inequality that still plagues the United States, including Massachusetts. McDonagh said women must empower other women.

“Next time you’re near Boston Common, on one of the streets that borders the Common, you’ll be near the old headquarters of the Massachusetts Association Opposed to the Further Extension of Suffrage to Woman,” McDonagh said. “Women must pull other women forward.”

“We never, as a nation, have really renounced racism and hate as a way of life,” Elugardo added. “We must face this pain to allow ourselves to heal.”

Ryan V. Sears ’22 said he enjoyed the diversity of thought represented by the panelists.

“Each offered a unique perspective,” Sears said. “We had an academic perspective, older and newer representatives, and someone operating in an interest group.”

This “Women, Politics, and MA” panel forms part of a larger effort within the Expository Writing program — in partnership with the Mindich Program in Engaged Scholarship — to focus on topics relevant to current Harvard students.