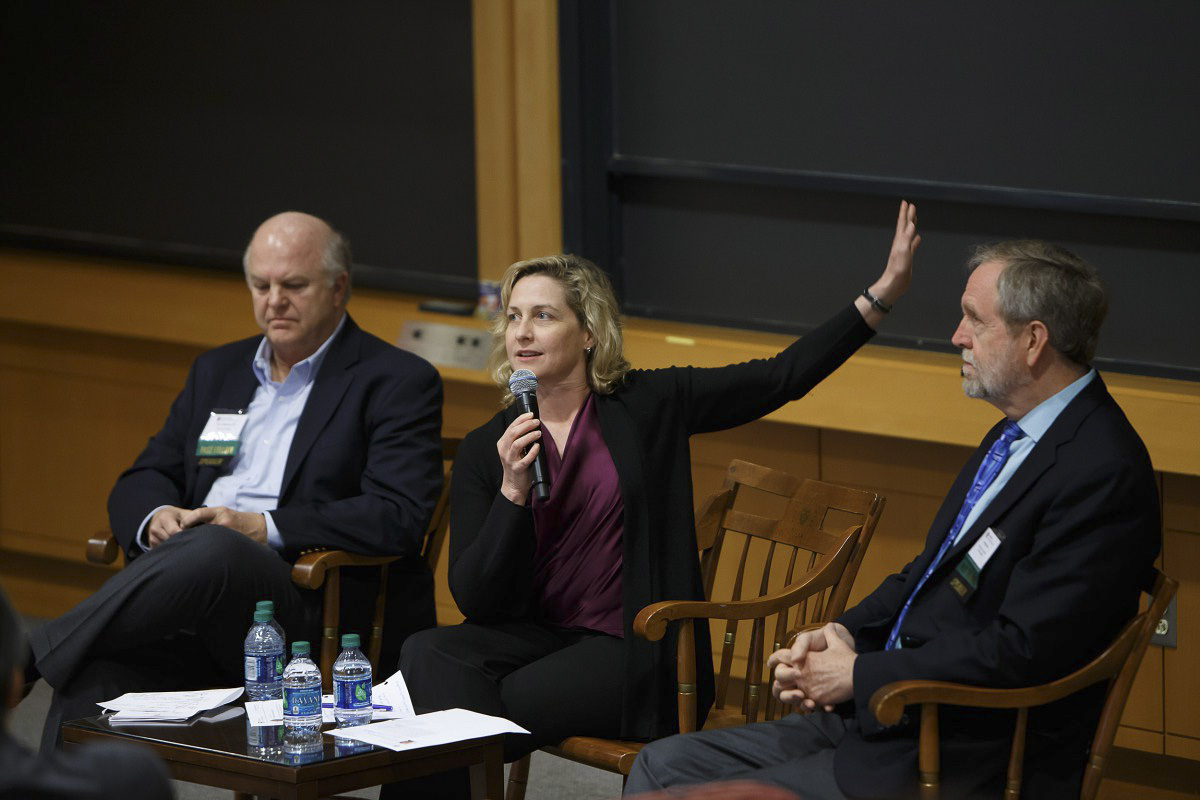 Meredith B. Rosenthal, a professor of health economics and policy at the Harvard School of Public Health, will direct the Harvard Advanced Leadership Initiative starting in January 2019.

Rosenthal, who previously served as one of the 14 ALI co-chairs, will succeed faculty chair and director Rosabeth M. Kanter, a Harvard Business School professor. The ALI provides a year-long fellowship to prepare successful leaders to translate their skills to public service. The nearly 300 alumni of the program have gone on to tackle economic, education, and health issues on a national and global scale.

Kanter co-founded ALI in 2008 with current Dean of the College Rakesh Khurana and Dean of the Business School Nitin Nohria. Kanter has served as the inaugural faculty director and chair of the initiative.

“As the faculty director from the beginning, she took a nascent idea and crafted a genuinely novel and extraordinarily successful program,” Provost Alan M. Garber ’76 wrote in an email.

A decade later, the program is moving forward with new leadership. Howard K. Koh, a School of Public Health professor and ALI co-chair, said “it was a natural time to start thinking about the next phase.”

A search committee comprised of Harvard faculty members affiliated with ALI selected the next faculty chair-director. Khurana, who participated in discussions about the search, said the decision to select Rosenthal “made a lot of sense.”

“Professor Rosenthal has been a participant faculty member and contributed to the program for many years,” Khurana said. “I think her own scholarship and her own kind of teaching reflects the ability to understand and work on large complex problems that cut across disciplinary boundaries.”

Rosenthal, who researches healthcare policies that slow the growth in spending and maximize value, has advised federal and state policymakers and testified before Congress on matters relating to healthcare programs.

During her time serving as a faculty co-chair of ALI, she formed a cross-school executive committee to help bring University faculty together in teaching and mentoring ALI fellows, Garber said.

Rosenthal also served as associate dean for diversity at the School of Public Health, working to promote equity and inclusivity. She declined to be interviewed for this story.

Barry R. Bloom, a School of Public Health professor, ALI founding board member, and long-time colleague of Rosenthal, lauded Rosenthal’s expertise in economics as well as her “gift of empathy.”

“In addition to her academic work and her teaching work and her mentoring work, for a period of time she took an administrative role looking at issues to make people who come to the Public Health School...feel welcome and supported,” Bloom said.

“She’s a person who’s very generous in spirit, wise in her counsel, and highly talented and encouraging in her heart,” Koh said. “Everyone’s delighted that she’ll be the next leader of this initiative.”

“Harvard’s Advanced Leadership Initiative has had a tremendous impact in its first 10 years thanks to the passion of its fellows and Rosabeth’s strong leadership,” Rosenthal said in an ALI press release.

Kanter will continue to teach at the Business School while working on her own research and writing.

Garber, who has provided significant support to ALI since its founding, wrote that he is enthusiastic about the program’s future.

“ALI attracts remarkable individuals who have already had distinguished careers, enabling them to build upon their talents and experiences to contribute to the public good in new ways,” Garber wrote. “Professor Rosenthal will build upon the foundation that Professor Kanter established as she leads the next phase of ALI's evolution.”