‘Bridge of Clay’ Doesn’t Live Up To Expectations 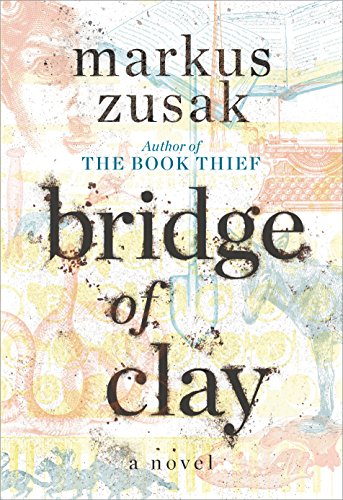 Over a decade after his much loved novel “The Book Thief,” Australian writer Markus Zusak returns with his latest work, “Bridge of Clay.” Although parts of “Bridge of Clay” are infused with the historical elements that pervade “The Book Thief,” first and foremost his newest novel is a work of contemporary fiction. The story of the five unruly brothers in the Dunbar family relies too heavily on flashbacks and the constant shift from present to past gives the reader whiplash. Perhaps most startling is the author’s writing style, which easily lends itself to confusion.

As the novel begins, it becomes abundantly clear that Zusak is trying something different from his previous work. There are five boys, a mule, a house in disarray, and a mysterious man called “the Murderer.” While many novels begin in medias res and take a few chapters to reveal pivotal information, Zusak seems to have no motivation to fill in his readers. For example, the nickname “the Murderer” remains unexplained for 500 pages. Instead, the short chapters flip from the Murderer’s point of view to the brothers’, a disorienting practice that forces the reader to play a game of catch-up that is more frustrating than enjoyable.

Unfortunately, this change of perspective is actually the one saving grace of this novel as the present timeline of the boys is only mildly interesting while the flashbacks allow for some reprieve. Here, Zusak flexes his writing muscles as he describes the boys’ mother’s experience as a young refugee from a European country under the grip of communism. The backstory of the boys’ childhood or the histories of their parents is just interesting enough to overcome the mundane plotlines of the boys as they bet on horses, train for races and build a bridge. It is not until most of the backstory is revealed that the seemingly meaningless actions of the boys are understood as symbolic for something bigger. By then, however, the symbols themselves have been repeated too often to no effect to change much.

The most startling aspect of this novel is the strange writing style. The structures of certain phrases are unnecessarily odd: “There was she and I and her teeth and town.” Almost as a tic, Zusak frequently writes a phrase that ends in a colon, starting a new paragraph, and listing one or more sentence fragments:

Our mother was highly educated.

This halting style of prose adds to the general confusion that results from the withholding of information.

Another interesting stylistic choice is the way in which the novel is framed. The oldest brother, Matthew, is retrospectively writing the story, with a particular emphasis on the second youngest brother, Clay. It is unclear why the narrative doesn’t come directly from Clay, and this choice becomes even stranger when it is revealed that all Matthew knows — about Clay, about his parents’ histories, about the supporting characters — has been told to him by Clay. Matthew as a narrator often inputs unnecessary reminders of his existence: “It’s me, and I’m Matthew, and here I am.” Furthermore, Matthew is obsessed with hinting at information the reader has yet to be told. The boys are “just a bunch of Dunbars, oblivious of all to come” while Michael and his ex-wife Abbey Dunbar are also “oblivious of all to come.” The repeated foreshadowing is like a taunt from Zusak about all the information his readers have yet to uncover.

Zusak fans eagerly awaiting another hard-hitting historical fiction novel should be prepared to be disappointed by his newest novel. However, as a contemporary novel about family, “Bridge of Clay” has its merits.