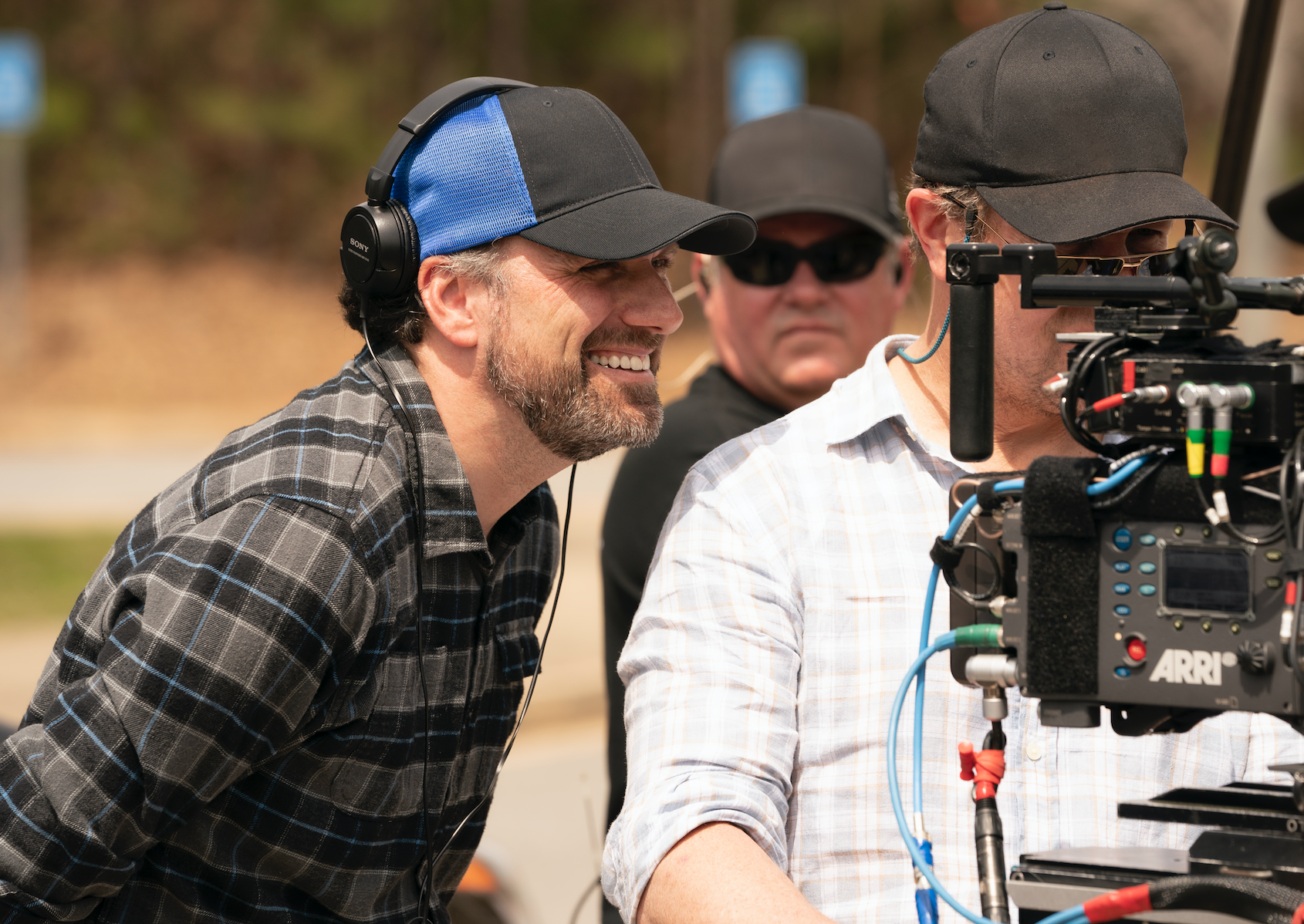 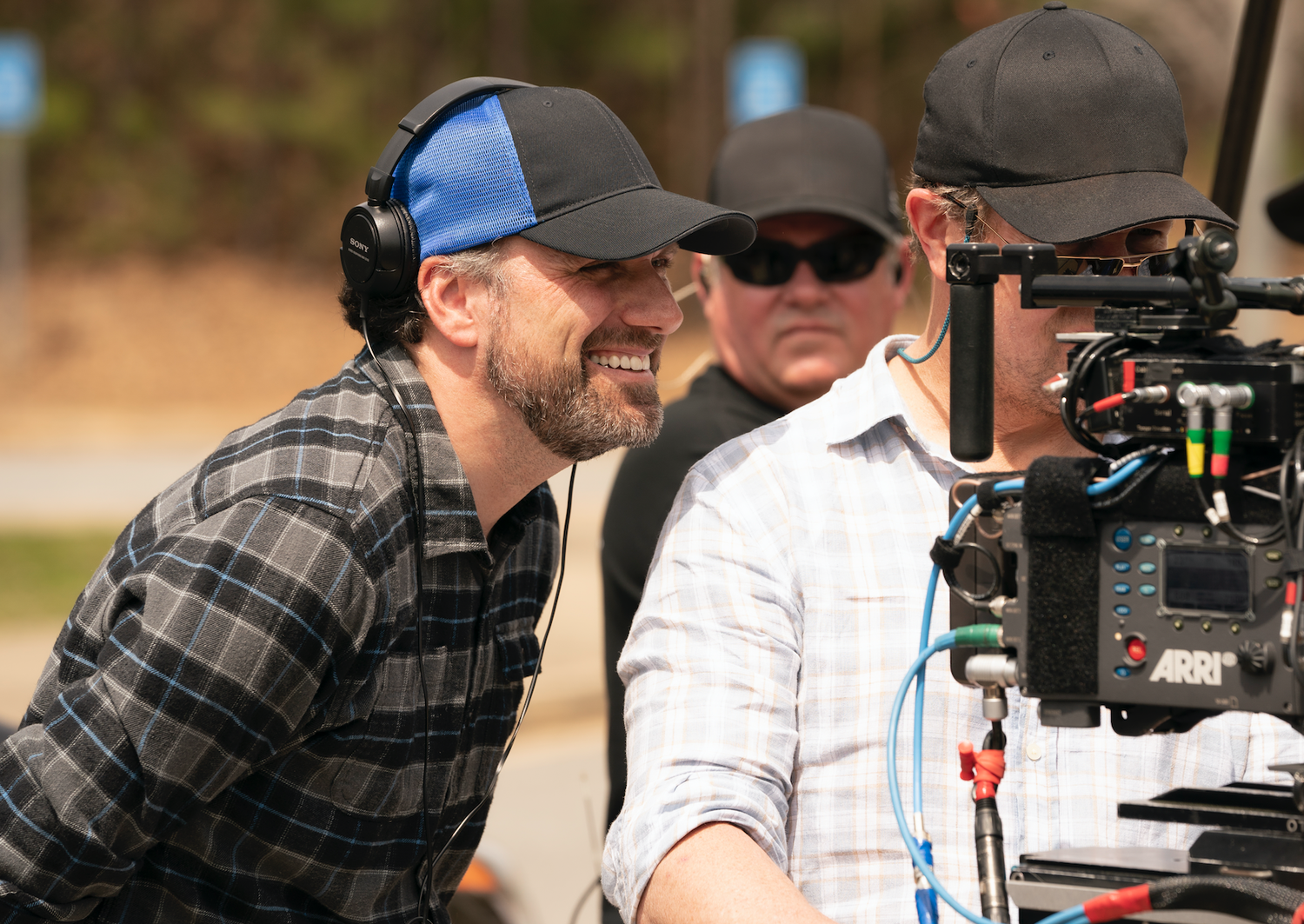 Director Sean Anders on the set of “Instant Family.” By Courtesy of Paramount Pictures

Joking with his wife and three children after a press screening of his new film, Sean Anders and his kids seem like any other American family. Except for one detail: All three kids are adopted. Based on his personal experience fostering and then adopting his children, Anders wrote and directed the movie “Instant Family,” a film about a married couple (played by Mark Wahlberg and Rose Byrne) who suddenly decide to start a family by fostering three siblings: argumentative, teenage Lizzy (Isabela Moner), anxious Juan (Gustavo Quiroz), and stubborn Lita (Julianna Gamiz).

Unlike how classics like “Stuart Little” or even “Annie” have typically depicted adoption in family films, Anders’s film tells the unglamorized version, filled with emergency room visits, arguments, tantrums, and sheer exhaustion. It was important for him to depict the realities of foster care — in which a couple and several children are thrown together and expected to become a nuclear family overnight — as opposed to the Hollywood ideal, pulling from a variety of stories in order to represent as many different experiences as possible. “From the beginning the idea was that we were going to tell a fictional story that was inspired by my own story, but [that was] also inspired by the stories of a lot of people that we have met along the way,” Anders said.

Anders stressed how important it was for him to reflect the entire fostering process in the film, not just the happy parts. “There is a scene where Mark and Rose are sitting in bed and talking about what a terrible mistake they’ve made and how there's got to be some way back to the clean, happy life they had before,” Anders said. “And my wife and I have had that conversation a number of times, and we’ve come to find out that that’s a pretty relatable scene for a lot of adoptive families, and even [for] people with biological kids.”

While Anders shared that he and his wife were intimidated by the notion of adopting, they ended up connecting with a teenage girl and her two younger siblings, exactly like in the movie. “We got matched with them, and they were going to be our kids,” Anders said. “And we got excited about it actually. And then we got a call from the social worker, and she said that the teen girl had been in care for four years, and she was understandably very connected to her birth mother, and she was still holding out hope that her birth mom was coming back for her. The social worker didn't think that that was very likely, but the girl had turned down the placement for her and her siblings because she wanted to remain available for her mom... That’s where the Lizzie character was born.”

Another important factor in creating the film, Anders explained, was casting actors who were truly invested in his mission of telling the humorous, yet often difficult, truth behind adoption. “Mark [Wahlberg] had met a lot of kids in [foster] care over his travels, so when I suggested the idea to Mark, he jumped in right away and was really excited about doing it,” Anders said. Rose Byrne was equally committed. “The first thing she did is she sat down with my wife, and sat down with a bunch of adoptive moms, and she really did her homework,” Anders added.

Pondering the relationship between comedy and social commentary, Anders said, “If you engage people emotionally and get them to feel something emotionally and then turn that into a laugh, it gives you the best feeling that you can have… Throughout the movie, we’re trying not to shy from the tragedy and the trauma that’s involved with kids coming out of the foster care system, but the reality is that [with] any family that you meet that goes through it, they’ll tell you that there’s a lot of laughter, that you have to laugh, and you have to find the sense of humor in some of these dark things.” Anders laughed himself as he explained his kids’ reaction to seeing themselves on the big screen. “Now they’re sick of it. They’re kind of like, ‘Okay, enough with this movie.’”

“I’m hoping that when people come see the movie, they laugh a lot and they have a good time, and that they have a different idea of who these kids are, and then hopefully if someone in their family or someone they know wants to foster kids or wants to adopt, that they’ll be supportive about it and positive rather than maybe cautioning them or being worried about it,” Anders said. “I think when people hear the words ‘foster care’ it brings to mind a lot of negativity and fear, and what I found in my travels through the system, over and over again, is that you meet the kids, and you go ‘Oh, they’re just kids. They’re just kids, and they need families and they need love, and they have love to give, just like any other kids.’”