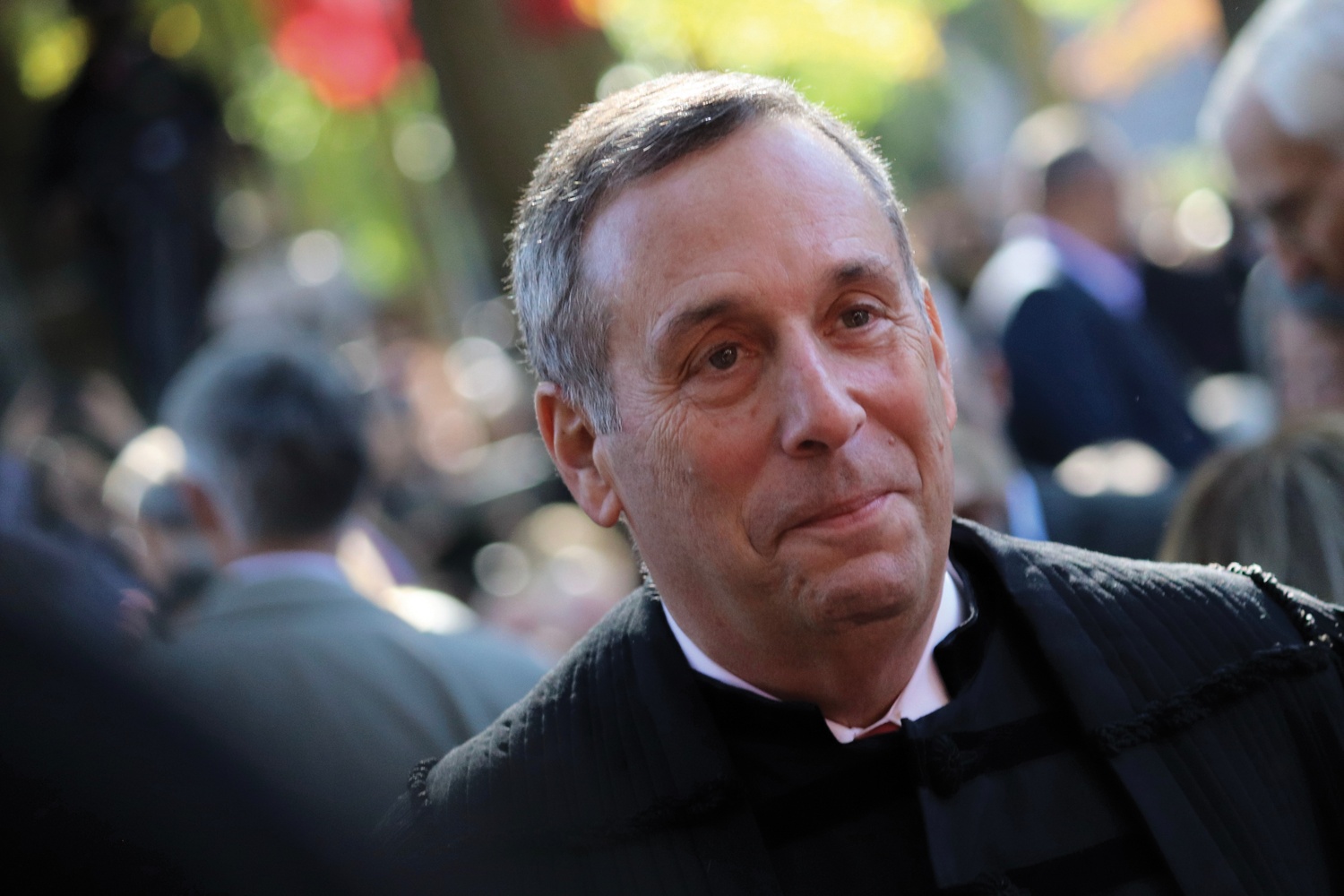 In an interview Monday, Bacow also questioned the efficacy of the Education Department’s proposal for mandatory cross-examination in official Title IX complaint proceedings on college campuses. Under DeVos’s proposal, schools would be required to allow complainants and respondents to cross-examine each other during Title IX investigations, which probe formal complaints of sexual or gender-based harassment brought to University officials.

“It’s important to be able to encourage people to come forward, to do so without fear, and I think we are not in a position as colleges and universities more broadly, to create a process which just mimics what might be adjudicated in a court of law,” Bacow said. “I think that would be an inappropriate process for us.”

“That said, of course, it’s important to have fundamental fairness in the process for all parties, so I wouldn’t disagree with that, but I don’t think the level of formality that’s been suggested is helpful,” he added.

Bacow did not offer an opinion on a provision in the proposed rules that would render colleges and universities no longer responsible for investigating instances of sexual misconduct that occur off campus. Instead, he deferred to “those who are working on a response to the regulations.”

Harvard is currently facing a lawsuit in which a student alleges the University overstepped its jurisdiction by opening a formal investigation into allegations that he sexually assaulted a non-Harvard student hundreds of miles away from Cambridge during the summer of 2017.

Following a meeting with Bacow on Monday, Our Harvard Can Do Better — a campus anti-sexual harassment advocacy group — released a statement thanking Bacow and Dean of the Faculty of Arts and Sciences Claudine Gay for their “careful attention to the proposed rule.”

The group has called for Harvard to respond to the proposed regulations, and in the statement supported the decision to have a higher education association represent the school’s interests.

In particular, Our Harvard Can Do Better wrote in their statement that Harvard should uphold the Obama-era standards for evidence in investigations. The DeVos proposal would allow schools to choose a higher standard of evidence. The group also decried several other provisions of the draft rules.

Specifically, they want Harvard to oppose live hearings with cross-examination, limitations on the University's investigative jurisdiction, and a new definition of sexual harassment that requires conduct to be “severe, persistent, and objectively offensive” to qualify as a policy violation.

If the response to DeVos's proposed rules that higher education associations are coordinating does not oppose all of these issues — and a number of others — the student group asked that Harvard communicate these concerns to the Department of Education independently.

The Our Harvard Can Do Better statement also commended Bacow on his support for recommendations from a recent University Title IX Policy Review Committee report that called for an expansion of Harvard sexual harassment policies to address “gray area” conduct that is disruptive, but may not constitute a formal policy violation.

They also supported Bacow’s commitment to increased funding for a sexual harassment education campaign and increased transparency and data sharing from Harvard’s offices that deal with Title IX policies, disclosures, and complaints.

“We look forward to ongoing collaboration with President Bacow, Dean Gay, and other members of the Harvard community to improve our policies and dismantle rape culture,” the statement reads.