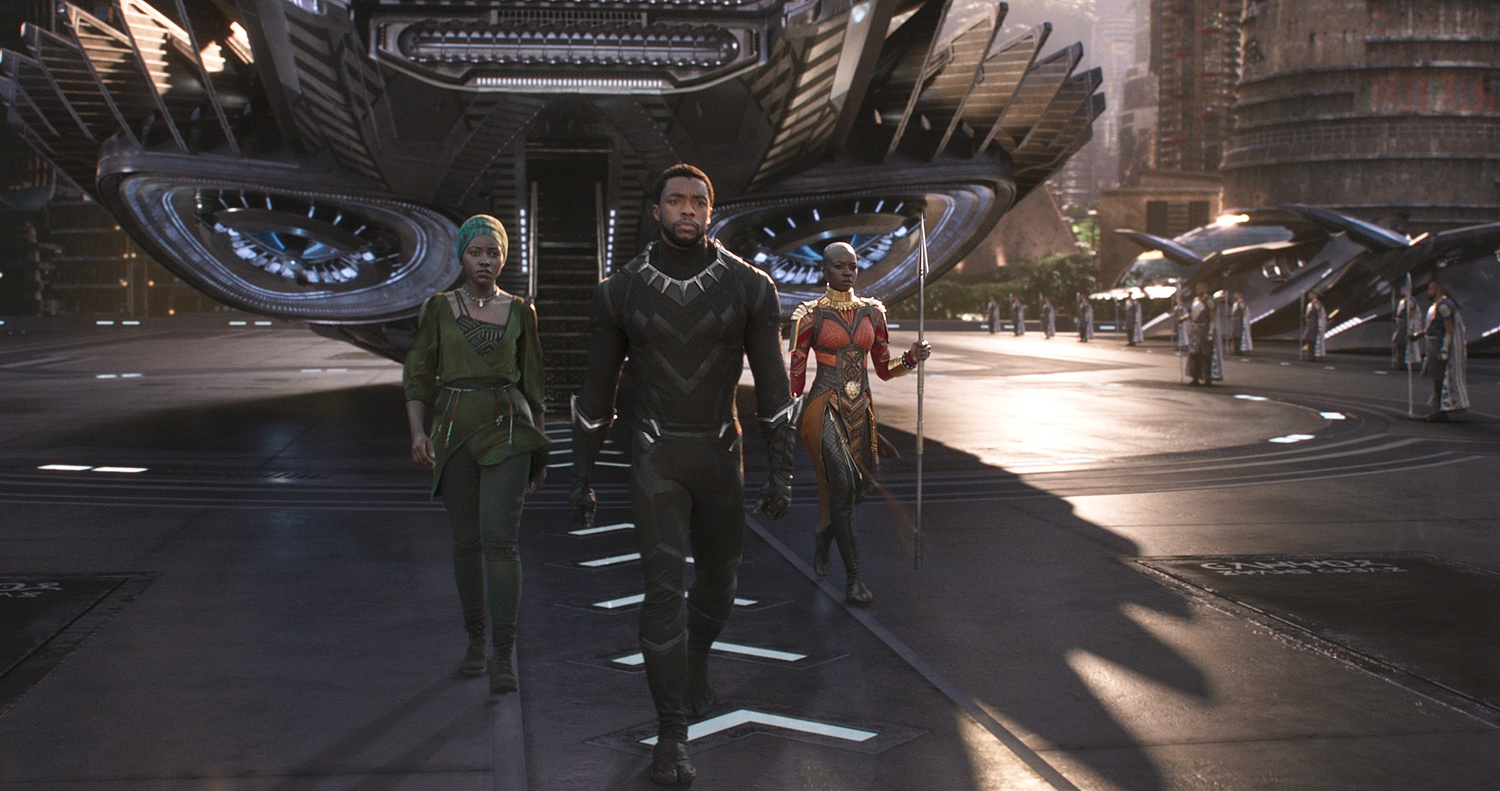 Since the Marvel Cinematic Universe began with “Iron Man” in 2008, the franchise has enjoyed an incredible run at the box office, amassing over $13.5 billion with 18 movies, and more in the works. Popular among fans and generally accepted by critics, Marvel has fared much better than its rival DC Comics, who have struggled to regain the spirit of “The Dark Knight” trilogy with the exception of last year’s release of “Wonder Woman.” Christopher Nolan’s “The Dark Knight” is widely thought to be the best comic book movie of all time, especially for Heath Ledger’s timeless performance as the Joker. How does “Black Panther” compare to the Gotham hero? Simply put, “Black Panther” is right up there with “The Dark Knight” as the best comic book film ever.

First introduced in “Captain America: Civil War,” Black Panther is the alter ego of T’Challa (Chadwick Boseman), the prince of the fictional African nation of Wakanda. Beneath its third-world country guise, Wakanda is a highly advanced society supported by the strongest metal known to man, vibranium. The city mixes traditional African culture with gorgeous, high-tech architecture and style—it’s no wonder they hide themselves to preclude the risks of exploitation by the rest of the world.

Most single-hero comic book movies follow a similar style: origin story, some villain who vows to destroy the hero, a massive fight scene, and the resolution that ends in the hero’s triumph. “Black Panther” reinvents these plot points, recontextualizing them in a metaphor for black suppression. There are villains—Ulysses Klaue (Andy Serkis) and Erik Killmonger (Michael B. Jordan) are both fantastic—but the real problem lies in the question of Wakanda’s responsibility to protect both Africans and black Americans around the world. It’s a problem that doesn’t have a clear solution at first, making the film a cathartic journey of not only protecting Wakanda from the threat of Killmonger, but a moral question of whether a highly advanced, black African nation should lend a hand in protecting black individuals outside of their home.

Boseman is clearly the leader of the cast, assuming the role of T’Challa with poise and strong, subtle power. Like all great leaders, his moral compass serves as guide to the rest of the characters. At the end of the film, Boseman, dressed all in black, stands against the fence of basketball court in Oakland. The shot composition makes him look larger than life—Boseman stands with complete confidence. His stance parallels the end of “The Dark Knight Rises” when Bruce Wayne donates his mansion to the orphans of Gotham. But while Wayne fades away, T’Challa remains present, a symbol of active heroism.

T’Challa is joined by his amusing sister Shuri (Letitia Wright) who makes his weapons, his love interest Nakia (Lupita Nyong’o), army general Okoye (Danai Gurira), best friend W’kabi (Daniel Kaluuya), and his mother Ramonda (Angela Bassett). Each of these characters have significant roles and no one is shut out of the action. Nyong’o, Wright, and Gurira particularly stand out for their ability to combine laugh-out-loud humor with some amazing action sequences. Rounding out the cast are CIA agent Everett K. Ross (Martin Freeman) and the elder Zuri (Forest Whitaker), who plays a very similar role here as he does in “Rogue One.”

“Black Panther” is able to succeed in large part due to Ryan Coogler being at the helm of the film. Coogler, writer and director of both “Fruitvale Station” and “Creed,” has solidified himself in Hollywood as an established filmmaker. His director of photography, Rachel Morrison, shines, displaying some incredible scenes of Wakandan landscape that are comparable to Peter Jackson’s shots of Middle Earth in “Lord of the Rings.” Morrison’s talent is well known—she recently became the first woman to be nominated for an Oscar for Best Cinematography for her work on “Mudbound.” Ludwig Göransson’s score emphasizes the more emotional parts of the movie while Kendrick Lamar’s studio-produced soundtrack is art in its own right, adding another powerful layer to “Black Panther.”

The only major problem with the film comes during its prime action scene near the end. The scene is necessary, but for a couple minutes the entire soul of the movie is lost. Superhero movies tend to showcase action scenes that seem too choreographed: Everything is shot a little too well and the timing is a little too perfect. Toward its finale, “Black Panther” falls into this trope. At one point a crash of rhinos rise from the ground, a confusing moment that may cause eyes to roll. While on the whole the scene is cliché, a few memorable moments borrow iconic imagery from other big action movies. Martin Freeman’s CIA Agent flies in a “Star Wars”-like ship above the planet, gunning down enemy transports, while T’Challa and Killmonger fight on a bridge above a deep abyss, reminiscent of epic lightsaber duels. The film jumps back to life with intense screenwriting, when Killmonger exclaims to T’Challa, “Bury me in the ocean with my ancestors who jumped from ships, because they knew death was better than bondage.”

“Black Panther,” like “Wonder Woman,” is long overdue in terms of minority representation in superhero movies. The film, like last year’s “Get Out,” challenges the old, white Hollywood that has dominated the film business for far too long. Moreover, “Black Panther” does it superbly, bringing together an incredible ensemble of black entertainers who come together to make one of the best comic book movies of all time.