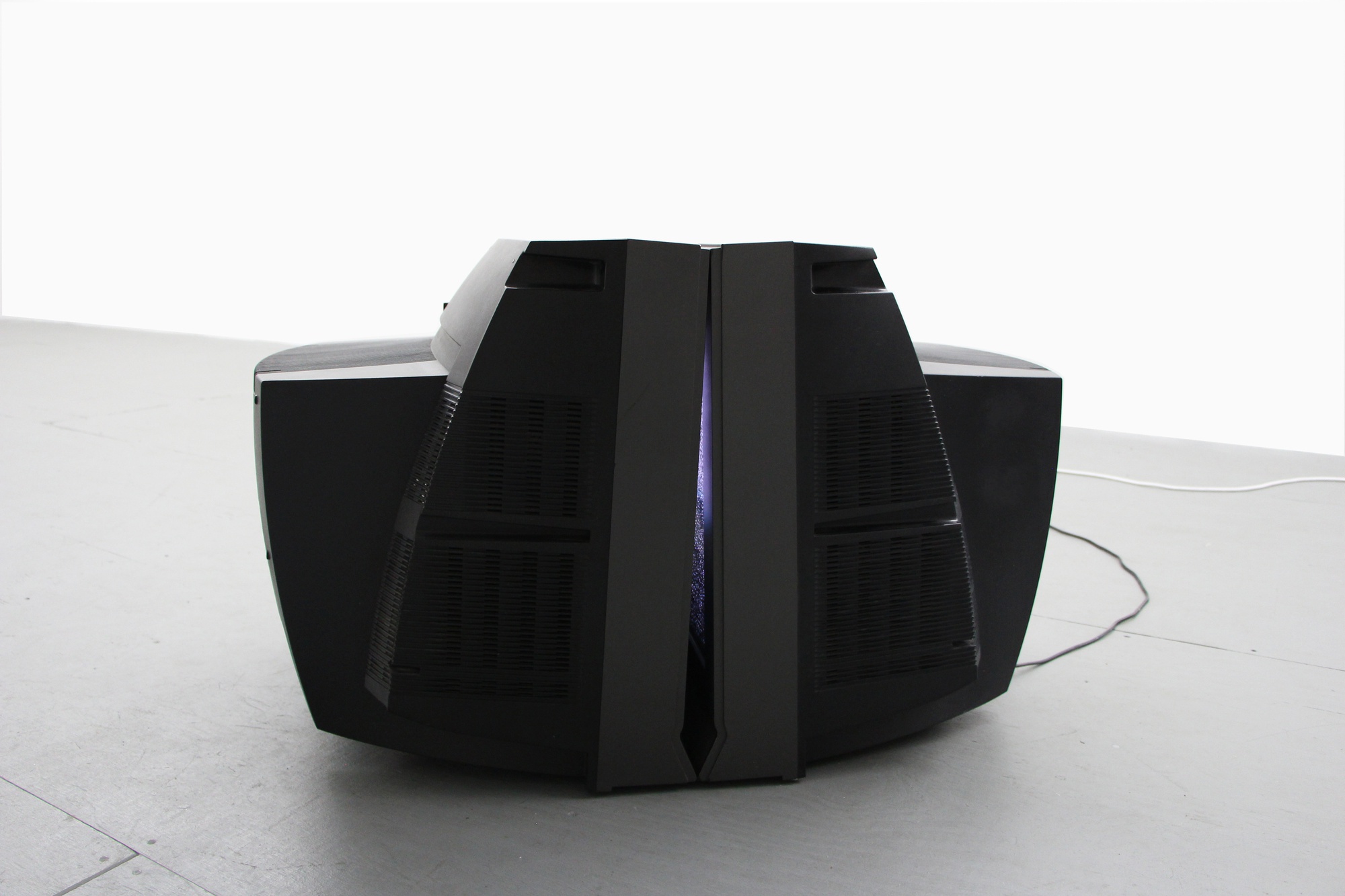 The title of MIT List Visual Arts Center’s new exhibition, “Before Projection: Video Sculpture 1974-1995,” invites the viewers to see the works on display with historical context in mind. They are objects in the past tense, inevitably seen in comparison to the present tense—video installations that have been shaking up the art world since it became possible to put projectors in galleries. Among other things, the show serves as a reminder of the close relationship between artistic practice and technological advancement.

“In this world of glossy black screens, it is hard to remember that not so long ago watching television meant sitting in front of a boxy set on an appointed day and at a specific time,” wrote Henriette Huldisch, curator of the List Center, in the program notes. It should not be surprising, then, that many of the installations explore the relationship between the space and time in- and outside of the television set. Ernst Caramelle’s “Video-Ping-Pong,” for instance, puts two monitors on both sides of a table tennis table showing footage of a ping pong match, with the players’ heads displayed in life-size and in the same position as if they stood by the actual table. Another piece, Mary Lucier’s “Equinox,” is the result of her camera sensor getting increasingly burned with extended exposure to the sun. It displays damaged footage of sunrises on seven television sets.

Another thread in the exhibition is the materiality of the television set. The black cubic TV boxes have a natural sculptural quality, and the show examines the different ways artists explore this potential. For example, Takahiko Iimura’s “TV FOR TV” puts two monitors face to face, with a mere centimeter between them, making it hard for the audience to figure out what the screens are showing each other. However, several other artists explored the material nature of their medium without focusing on the black box. Shigeko Kubota’s “River” features the reflection of monitor images in water, making a remark on their artificiality as they get distorted when the water is stirred.

“We used to try to hide the television set [from galleries]. It was so difficult to figure out what to do with it, and people like Mary Lucier decided, wait a minute, this is the device of a new age medium,” said Joseph Ketner, chair in Contemporary Art Theory and Practice at Emerson College. “A young person today looks at one of those things, and they don’t think it’s television. They think it’s a monitor. But for our generation that was what the television came through, and for artworks to be on it was a completely radical notion,” he added. He later emphasized how the video sculpture movement was both a response to the technological changes of the time, and a challenge to look at these changes from a different angle.

The organizers made an effort to juxtapose canonical video art pieces with those little known in the United States, both to draw attention to underappreciated artists and to present a full picture of the artistic movement. The curator also reflected on the speed with which video sculptures went out of fashion once projectors came into the gallery. The exhibition raises the issue of how we should reevaluate art works once the technology that defines it becomes irrelevant.

—Staff writer Tianxing V. Lan can be reached at tianxing.lan@thecrimson.com