Act on a Dream Hosts Conference at Harvard 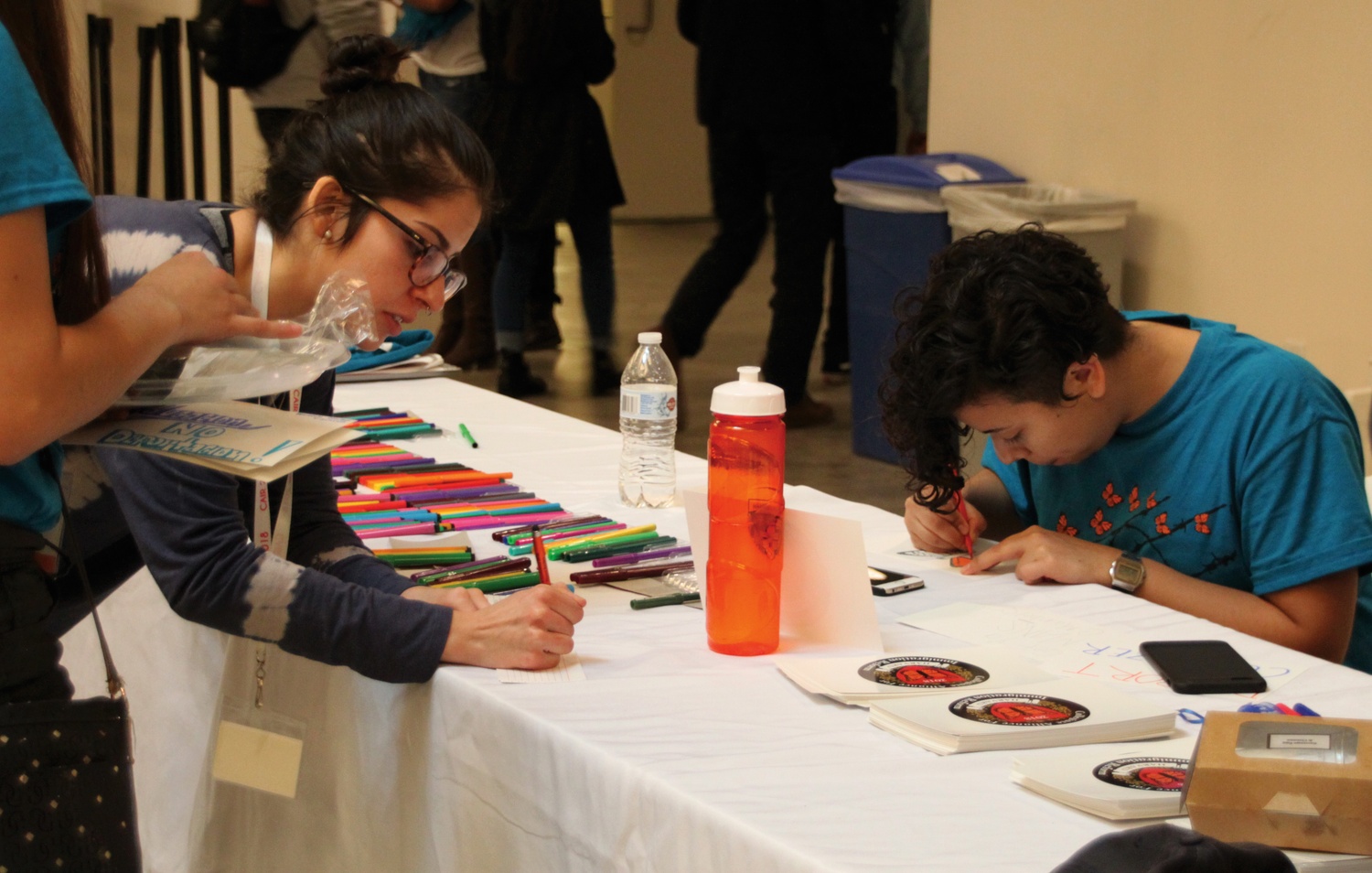 Harvard's Act on a Dream hosts the Collegiate Alliance for Immigration Reform (CAIR) in Northwest Bio Labs this weekend. The conference featured a variety of events including artistic expression led by Karla C. Mendoza '18. By Soumyaa Mazumder
By Ruth Zheng, Contributing Writer

Two hundred and fifty students from schools across the country, Harvard professors, and local activists attended talks, observed panels, and participated in workshops that emphasized student advocacy and community building.

“This is the biggest the conference has ever been,” Ana Andrade ’19, co-director of Act on a Dream, said.

Act on a Dream is a Harvard student-run organization that advocates for both documented and undocumented immigrants. The group has lobbied for national legislation and worked with the Harvard administration on immigration-related issues.

This year’s theme was “Beyond Borders: Faces of Migration.” Discussion centered around intersectionality and the complexity of immigration advocacy.

Due to the Mar. 5 deadline for DACA renewal, organizers moved the conference date up to February from April, the time during which it was held last year at Pomona College. Anshi M. Moreno Jiminez ’19, co-chair of Harvard’s CAIR board, said that “logistically people wouldn’t have been able to fly in at that point.”

“There is a lot that’s out of our control,” Moreno Jiminez added.

The conference included an overview of recent immigration policy changes, entitled “A Brief on Current Legislation.”

“It’s all over the place,” Moreno Jiminez said.

Elmer Vivas Portillo ’20, the other co-chair, said the organizers chose events that would “give the attendees tools” to work locally in expanding advocacy, seeking institutional support, and creating community.

“As much as this is about in a way putting on a response to what is happening nationally, it is also about connecting with one another,” Vivas Portillo said.

Conference attendee Uyun Nguyen, a sophomore at Davidson College in North Carolina, agreed. Nguyen said she was “amazed by the community and the support of this group” and praised the success of this year’s conference.

“Right now, under the current political climate we don’t have a lot of control over the federal policies, but at the same time, we have the power to mobilize in our communities,” Nguyen said. As a journalist and immigrant from Vietnam, Nguyen said she plans to use her platform to advocate for immigration reform.

The conference also highlighted the issue of divisions within the undocumented community.

Alex Navarrete, a senior at the University of Michigan, cautioned against drawing lines when it comes to advocating for immigration reform.

“The deserving immigrant and the undeserving immigrant, a lot of the time, is just an arbitrary distinction,” Navarrete said, referencing dividing binaries like that between documented and undocumented immigrants, between DREAMers and their parents, and between low-skill and high-skill workers.

“I want to show people that I’m worthy of being here,” Navarrete said. “Migration, especially for survival, should be a human right because nobody chooses where they are from and the circumstances that they are born into.”