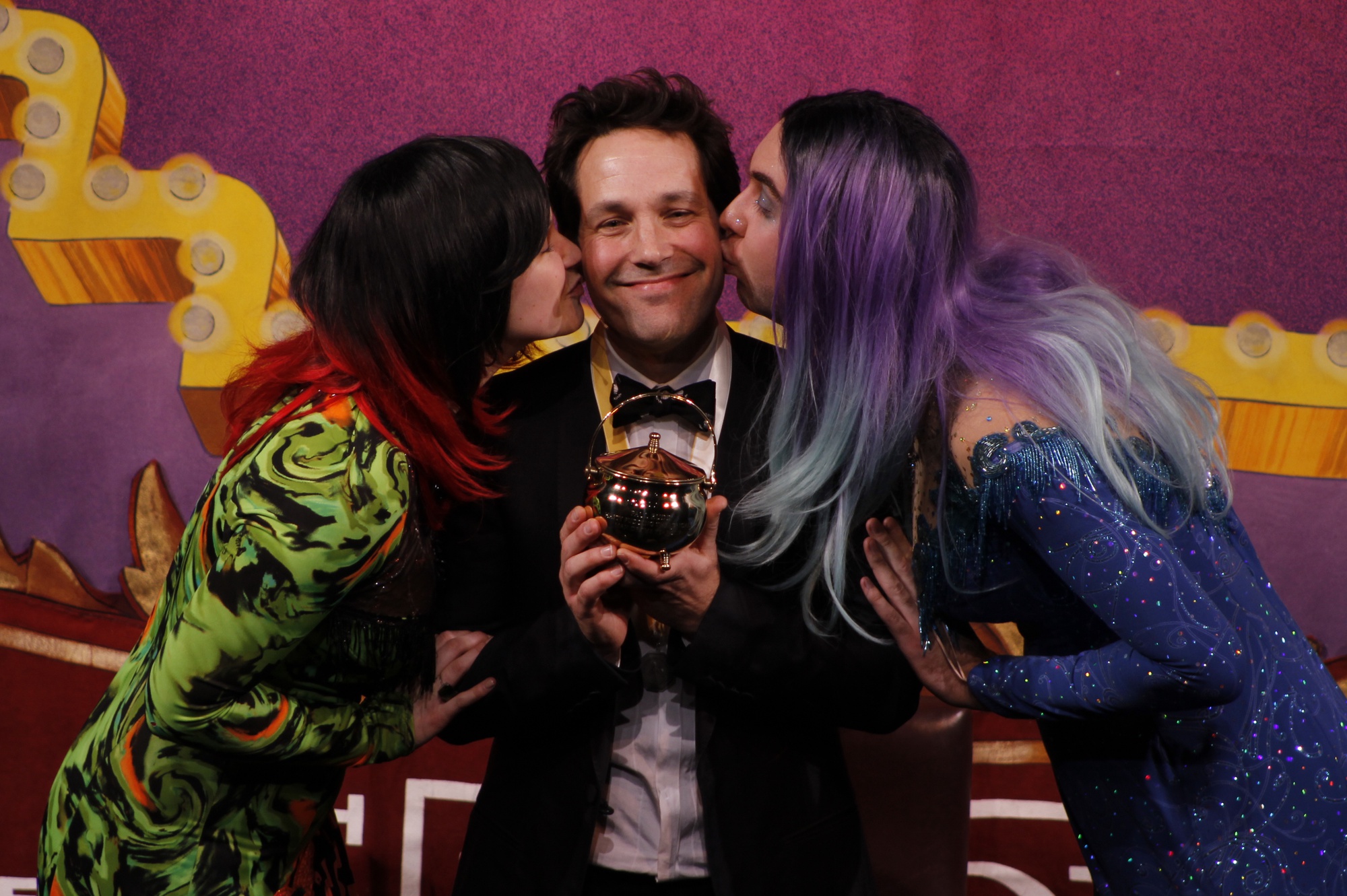 On Feb. 2, Paul Rudd, Hasty Pudding Theatricals’ Man of the Year, received the famed Pudding Pot in an event he likened to “a Terrence Malick movie.” During the press conference, Rudd commented on his comic origins which—despite co-writing the “Ant Man” movies—did not start with Marvel.

“I grew up not reading Marvel comics,” Rudd said. “I had a few, I read them occasionally, but I was not a big comic book fan.”

Rudd read other stories instead. “The American comics that I read growing up were Archie and, like, Jughead. I read a lot of the laugh digests,” Rudd said. “My parents are both British and I used to get a lot of British comics, well ‘a lot’ too, one called Beano and one called Dandy.

“My cousins would send them to me and I was really into those,” Rudd said. “Superheroes, not so much. So writing is a totally new and fascinating journey.”

During the roast, the “Ant Man” was accused of making a deal with the devil to retain his signature youthful features by the “grim reaper” and was challenged to perform the timeless “RSVP” monologue from the 1995 movie “Clueless” in Robert De Niro’s accent.

The members of the Hasty Pudding ridiculed the actor for the lack of diversity in the roles he has played, listing “likable dad, lovable dad, bar mitzvah DJ” as some of the examples. Rudd expressed his gratitude for receiving the Pudding Pot, promising to place it on his shelf next to his non-existent Oscar and Golden Globe, and his very much existent “Fun Fearless Man” award, conferred by Cosmopolitan magazine.

Rudd truly earned his title of a fearless man, however, by commenting on the 2018 Superbowl game. “I am not a Patriots fan and I hope they lose,” Rudd bluntly declared, despite being mere miles away from the center of Boston. However, he was extremely enthusiastic about another aspect of New England sports—“Filming at Fenway was one of the greatest day I’ve had in my life,” he said on playing the baseball player and WW2 spy Moe Berg.

Rudd also extensively commented on his experiences in Boston and at Harvard: “Seeing the buildings was very moving.” He described the tradition of the university as a comforting presence: “It puts you in your place and it makes you feel a little bit smaller, because this has been going on for a lot longer than you have.”