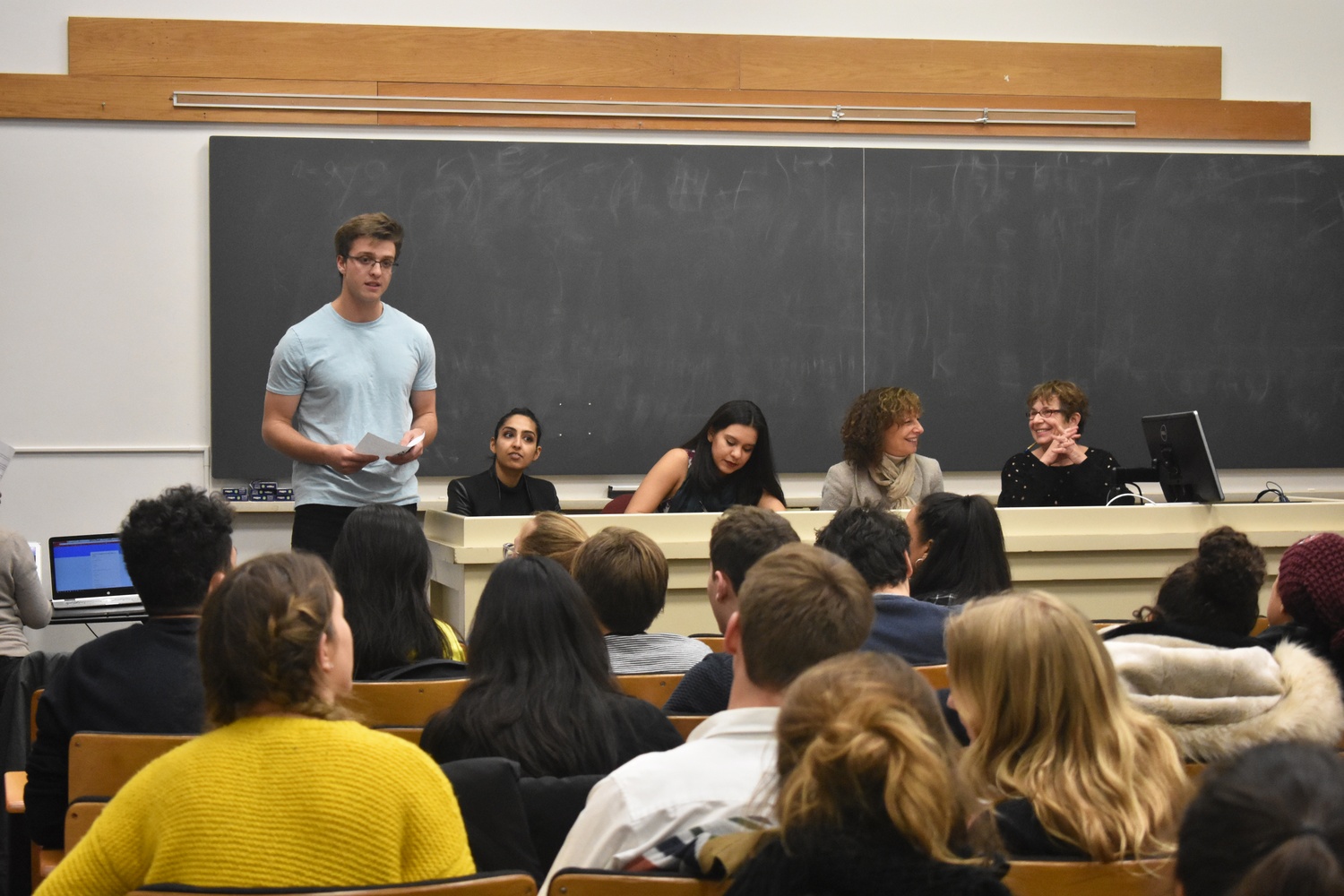 Students, professors, and legal experts discussed the direction the nation should take following the national spotlight on the #MeToo movement at a Tuesday evening panel.

About 50 students gathered in Emerson Hall for the event, which was co-sponsored by the Harvard College Democrats, Our Harvard Can Do Better, and the ReproJustice Action and Dialogue Collective.

The panelists discussed the evolution of the movement against sexual assault over time. Ehrlich observed that over the decades, a new vocabulary had to be created in order for people to be capable of discussing the experience of sexual harassment.

“When I was a teenager, sexual harassment really hadn’t been invented as a formal legal concept,” Ehrlich said. “I had no words for it. I had no name for it.”

A central theme in the panelists’ responses was the call for intersectionality within the movement, and advocacy for marginalized groups.

“I can’t speak for a trans woman, but I can hold a space for her,” Rosenfeld said.

Panelists also called for individuals to not shy away from difficult conversations with their peers.

“I personally have had several conversations with male friends and female friends about, for example, the Aziz Ansari article,” Patel said. “That one especially was very controversial, because I think a lot of people—a lot of men especially—saw themselves in his shoes.”

But it is this kind of conversation, Patel said, that helps drive progress.

RAD President Sarah M. Lipson ’20 said she hoped students would learn that the #MeToo movement is more than just stories of sexual assault.

“Every single person has something to contribute and they will be affected, even if by extension,” Lipson said.

Many students said they strongly connected to the topics discussed by the panelists.

“I thought that it was really interesting how they really focused on power dynamics, talking a lot about the patriarchy and how this is a really systemic problem,” Jeremy A. Stepansky ’21 said.

“What really struck me about this entire discussion was the framing of what’s happening right now with the #MeToo movement as something that is part of a longer-term feminist project that’s been going on for decades, and also as something that has real revolutionary power to create change,” Amelia Y. Goldberg ’19, an organizer for Our Harvard Can Do Better, said.

“That gave me a lot of hope. I hope people got the sense that this is a fight we’re in, but it’s a fight we can win,” she added.

Sruthi Palaniappan ’20, the College Democrats’ service director, said she believes it's important to be patient.

—Staff writer Paula M. Barberi can be reached at paula.barberi@thecrimson.com.