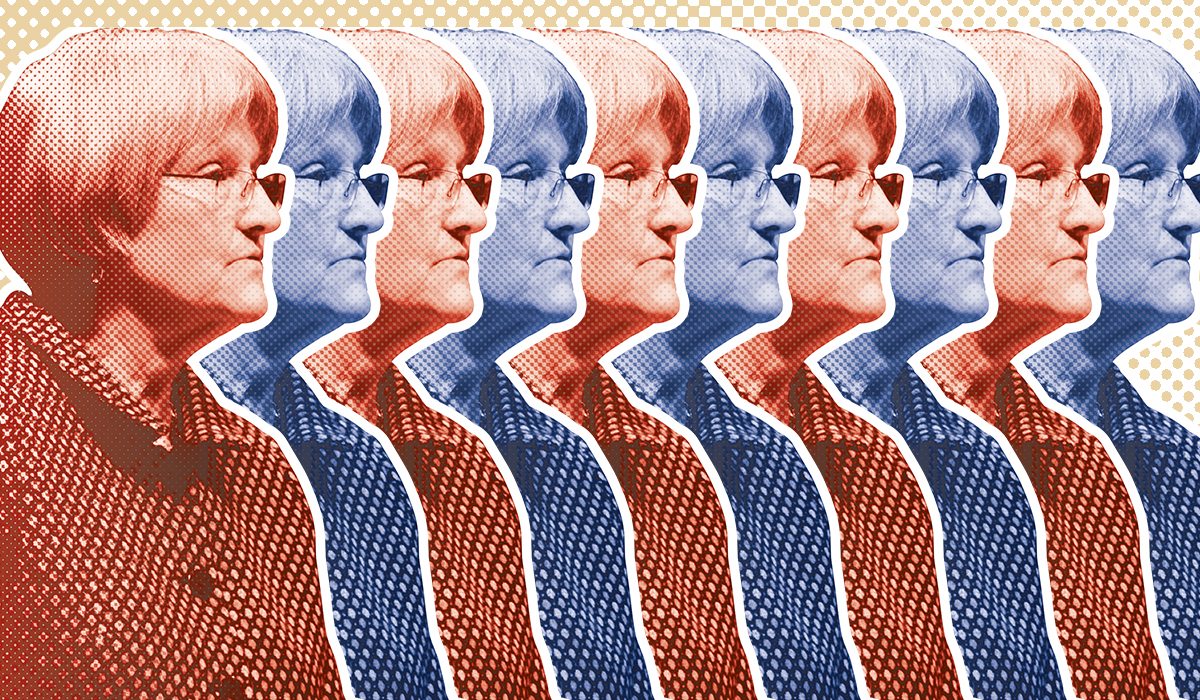 In a time with so much talk about who the next president will be, it is logical to wonder: Do people actually know what Harvard's president does?
By Matt B. Hoisch

Drew Gilpin Faust is preparing to step down as the 28th president of Harvard University on June 30, 2018, thus prompting whispers about who the next president may be.

But a president is more than just a “Who.” A president is a “What”—an accumulation of actions and deeds and doings that define the office and the person who holds it. In a time with so much talk about who the next president will be, it is logical to wonder: Do people actually know what the president of Harvard does?

Fueled by the flames of investigative inquiry, I took to the bustling dining halls of Adams, Leverett, and Flyby. Pen, paper, and Windows phone in hand, I set out to solicit honest impressions from those most affected (maybe?) by the actions of the President of Harvard: Harvard students themselves.

Tuesday afternoon. Lunchtime. In the hustle and bustle of the first weeks of classes, I sit at a table to search for some answers.

Mirielle E. Wright ’21 has some to offer. “Perhaps she does appearances on behalf of Harvard,” she says.  “You know. If there are events, she will go to them.”

And go to them, she has. President Faust has gone to events in Singapore, events in Sanders Theater, and events in the District of Columbia. In March of 2008, she gave testimony before the Senate Committee on Health, Education, Labor, and Pensions about stagnant funding for the National Institutes of Health—an event if there ever was one.

She testified that “Leading scientists with quality grant proposals are caught in a protracted grant review process that plays out often over years, not months.” This is one of several instances of Faust’s event attendance, so Wright makes an accurate, if vague, assertion. Other students proposed more general answers to the question.

“I don’t think they’ve ever explained anything to us about what exactly she does,” Edgar Gonzalez Jr. ’19 says. He goes on to suggest that the President is the spokesperson of the University and deals with administrative and financial issues, though he does qualify his statements by adding, “I really have no clear idea what exactly she does.”

He was not the only one unsure of the duties of the president. “Honestly, I don’t know, I mean, she obviously writes all those little short news updates to everyone. That’s a big thing,” James N. Swingos ’20 says. “I’m sure there’s a lot of management going on.”

Indeed, President Faust’s management created the Steering Committee on Common Spaces, which brought the vibrantly colored Luxembourg chairs to Harvard Yard. This was a transformation that created “a new way of experiencing an iconic space,” as President Faust told in the The Boston Globe in 2012.

Faust also oversaw the launching of the Harvard Campaign, which has raised over eight billion dollars since 2013.

Still, students are not confident in their impressions of what the Harvard Presidency entails.

“I’m not really sure... I feel like the president is maybe the face of the university in a sense. I think [President Faust] probably has a great time,” Tyler F. Moulton ’20 says. “She probably does her best.”

On a gusty October day in 2007, speaking at her inauguration as Harvard’s president, Faust remarked that “Inaugural speeches are a peculiar genre. They are by definition pronouncements by individuals who don’t yet know what they are talking about.”

A previous version of this article quoted a source in a manner that broke the terms of a sourcing relationship agreed to by the reporter and that source prior to publication. It has been updated.