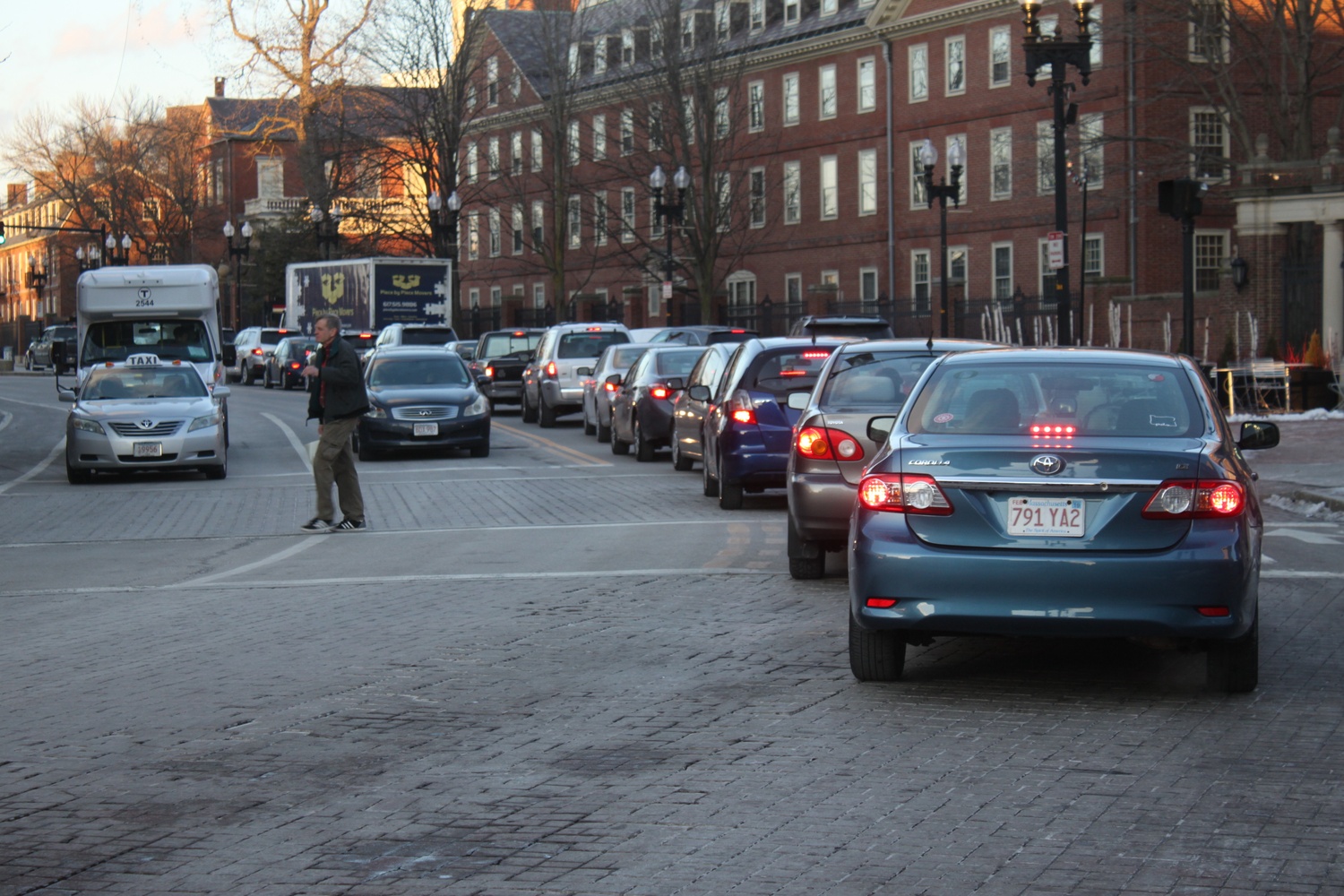 Traffic in Harvard Square will become even slower starting in March, when Cambridge will see its second speed limit decrease in a year and a half.

At a public celebration Thursday morning, the City of Cambridge unveiled its Vision Zero Action Plan to improve transportation safety. The plan includes a speed limit reduction to 20 miles per hour in squares with heavy traffic like Harvard Square.

The Vision Zero strategy, which was unanimously adopted by the City Council in 2016, seeks to ensure zero casualties and injuries due to traffic accidents. To accomplish this goal, the action plan outlines seven “high-level” commitments, according to Brooke M. McKenna, the city’s assistant director for street management.

In accordance with the new plan, the city lowered the speed limits in squares from 25 miles per hour to 20 miles per hour. According to McKenna, the squares in Cambridge are the center of economic and pedestrian activity.

“We really think lowering the speed limits there will be most effective and have a great direct impact on pedestrians to enjoy the most vital parts of our city,” McKenna said.

This new reduction in the speed limit comes after the city approved a policy order in 2016 that already lowered the speed limits across Cambridge from 30 mph to 25 mph.

Since the lower speed limits were implemented in 2016, preliminary data from the Cambridge Police Department shows a three percent reduction in crash calls, the lowest level in nearly two decades according to a public release.

Cambridge has recently placed emphasis on transportation safety in the wake of several fatal bike crashes. Other changes to city streets include more defined bike-only lanes and improvements to existing bike infrastructure.

In addition to reducing the number of traffic accidents, lower speed limits have the potential to reduce the severity of crashes if they were to occur, McKenna said.

As Cambridge continues to pursue other initiatives with the Vision Zero Action Plan, the city hopes to engage with local institutions like neighboring cities, employers, and universities, McKenna said.

“Harvard is fully supportive of the City’s efforts to enhance the safety of pedestrians and bicyclists in the Square,” University spokesperson Brigid O’Rourke wrote in an email.

Vice Mayor Jan Devereux said that she hopes Cambridge can serve as an example of how Vision Zero can be implemented.