Harvard to Close Tuesday Due to Approaching Snowstorm 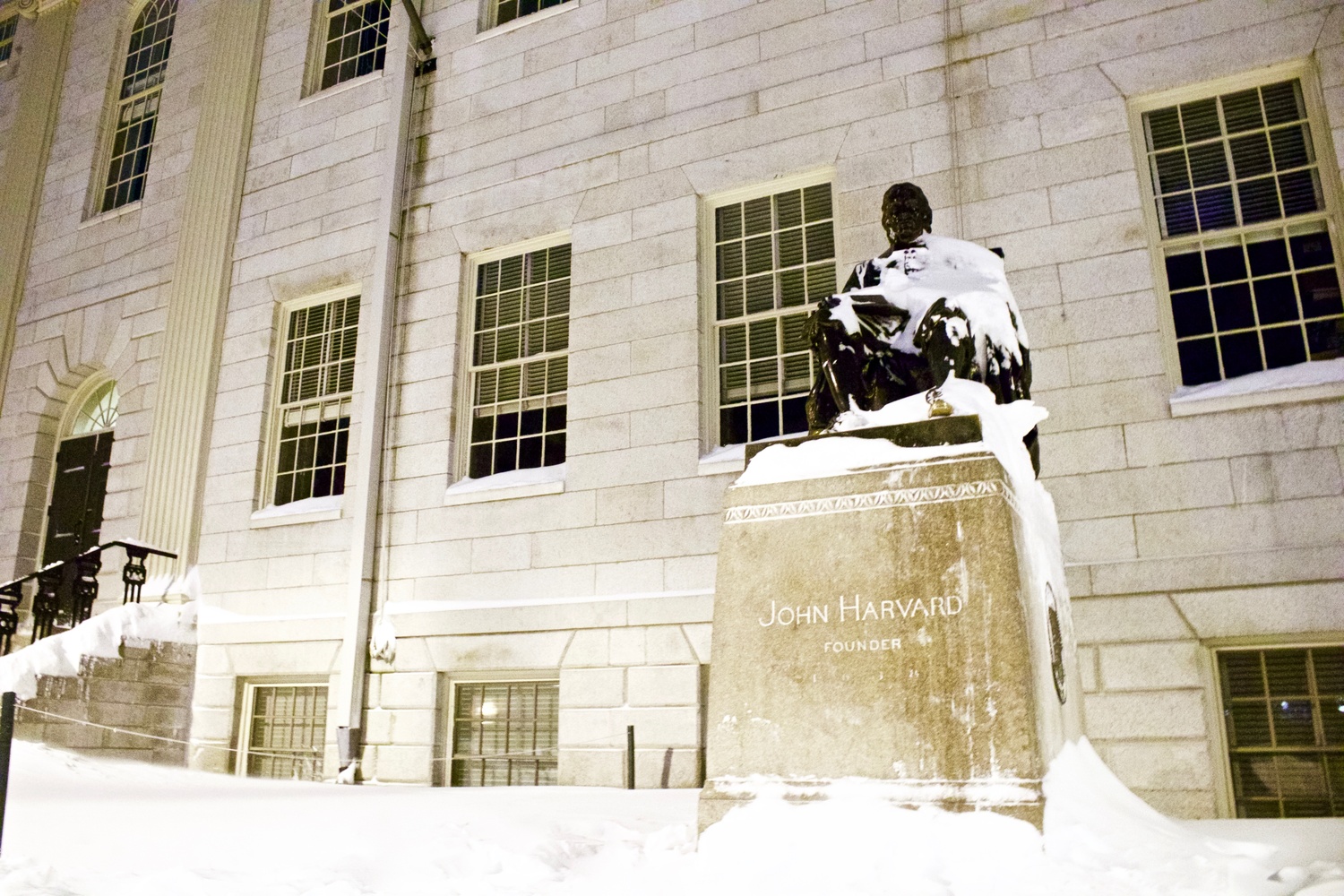 The statue of John Harvard sits, covered by snow, during the 'bomb cyclone' on Jan. 4. By Amy Y. Li
By Idil Tuysuzoglu, Crimson Staff Writer

In anticipation of 12 to 18 inches of snow and blizzard conditions, Harvard will close its central administrative offices and the Faculty of Arts and Sciences on Tuesday, Dean for Administration and Finance Leslie A. Kirwan ’79 and Executive Vice President Katie N. Lapp announced in emails Monday.

The winter storm will hit in the middle of the College’s spring break, a time when fewer undergraduates are on campus and no courses are held. All dining halls are also closed.

Kirwan wrote that the school closure will not affect as many activities as it would had the storm occurred during a normal school day.

“Because it is Spring Break and classes are not in session, there are many fewer FAS activities being curtailed than would be the case during a normal week,” she wrote in an email.

“However, there are still a small number of activities requiring that employees who have been designated as essential must come to work,” Kirwan added.

Lapp also included in an email that individual schools “will communicate directly with their communities.”

Kirwan and Lapp both indicated that information will be disseminated through MessageMe, the Harvard Emergency page, University home page, and via phone at 617-496-NEWS.

The University most recently closed due to winter conditions on Jan. 4, in the midst of winter break.