Faculty of Arts and Sciences Dean Smith to Step Down 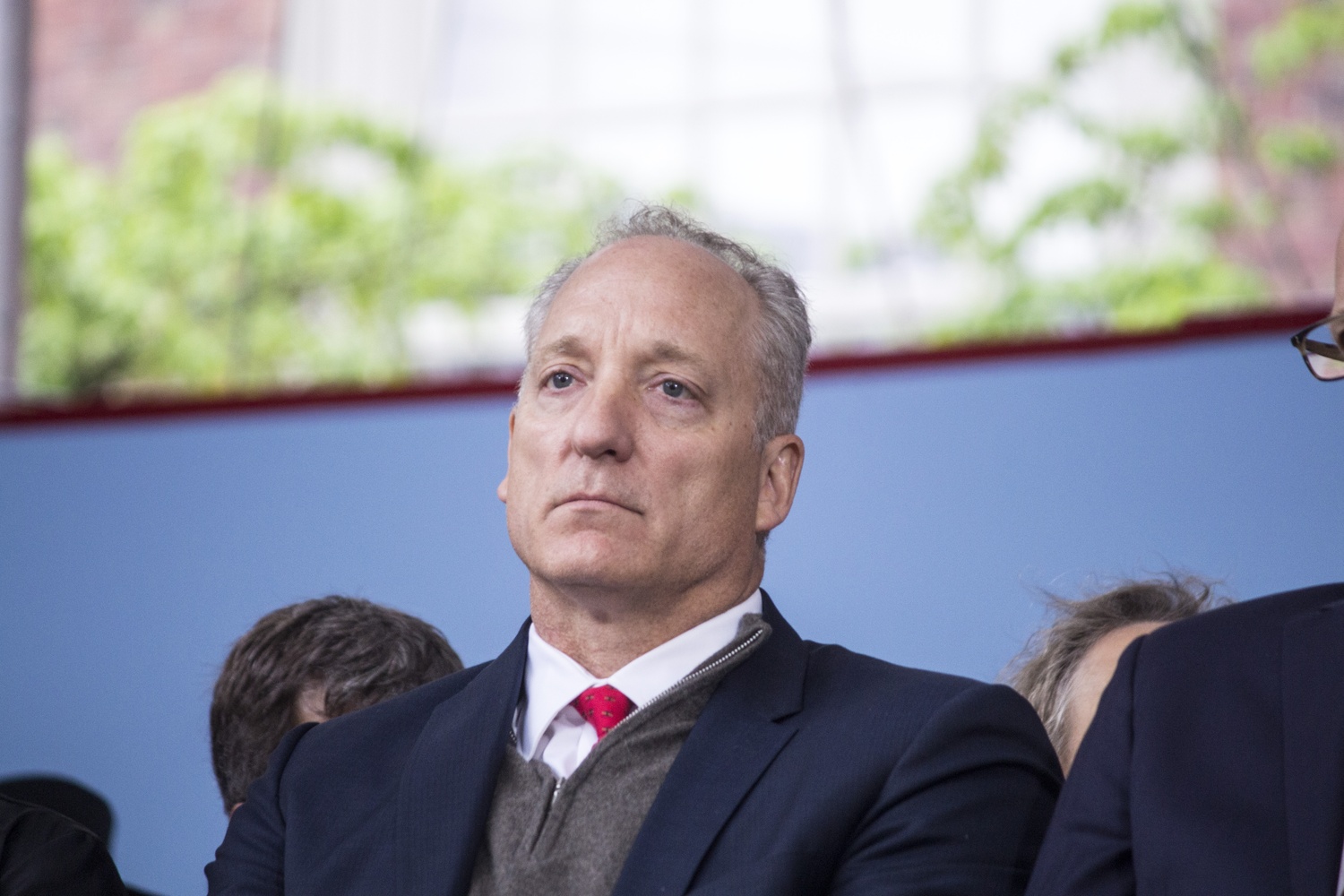 Dean of the Faculty of Arts and Sciences Michael D. Smith announced he will step down from his position in an email sent to FAS affiliates Monday morning.

Smith’s decision to resign comes as he wraps up his 11th year overseeing the University’s largest faculty. During his tenure, Smith steered Harvard through budget cuts during the 2008 financial crisis and helped lead the FAS portion of the University’s record-breaking capital campaign. He also supervised the ongoing undergraduate House renewal project, as well as preparations for the School of Engineering and Applied Sciences’s scheduled move across the river to Allston.

In his email Monday, Smith wrote he is “enormously thankful” for his colleagues and the faculty, staff, and students at Harvard.

“I am extremely proud to be part of this community,” Smith wrote. “It has been an undeniable privilege for this simple engineer to have had a front-row seat as our community built a foundation within the FAS that will continue Harvard’s commitment to excellence and truth now and into the future.”

After he steps down from the deanship, Smith, a Computer Science professor, will continue to teach and will return to “a life of new academic and personal pursuits,” according to his email. He added that he will continue to serve as FAS dean until President-Elect Lawrence S. Bacow appoints his successor.

Bacow was selected to serve as the University’s 29th president in February and will replace current president Drew G. Faust in July. Faust and Smith took office in the same year, 2007; Faust appointed Smith to his position just weeks before she assumed the presidency.

Though Smith plans to leave his office in University Hall, he said in an interview earlier this month that he has already been in touch with Bacow to share the Faculty’s goals for the future and “bring him up to speed.” He added he would make himself available to give Bacow updates on FAS affairs.

“I certainly feel as though it’s my job to make sure he understands what’s happening across the Faculty of Arts and Sciences,” Smith said in the interview.

“He has been a steadfast partner, an enthusiastic collaborator, and an institutional citizen always focused on the progress of the FAS and the University,” Faust wrote of Smith. “Under Mike’s leadership, the FAS faculty has grown in breadth and strength, and both the College and the Graduate School of Arts and Sciences have attracted students of unsurpassed talent and promise.”

Faust announced in her email that Bacow will lead the search for the next FAS dean and invited affiliates to email him their thoughts on the search.

“[Bacow] has asked me to underscore that he sees the search not only as a way to identify a new dean, but also as a timely opportunity to learn more from many of you about the hopes and views of faculty, students, staff, and alumni throughout the FAS,” she wrote.

Throughout his time as dean, Smith contended with unexpected challenges and supervised major projects within the division. Shortly after he assumed the deanship, he was forced to grapple with the 2008 global recession. FAS trimmed $77 million dollar from its budget, in part by halting SEAS construction in Allston and by freezing faculty searches and salary increases.

Though the financial conditions of FAS have improved since the recession, the school has suffered from recent poor returns on the University’s endowment, which constitutes half its income.

Smith attracted controversy in 2013 when he authorized the search of 16 resident deans’ email accounts following widespread cheating in Government 1310: “Introduction to Congress.” The cheating scandal ultimately implicated over 120 students.

Under Smith, four houses have undergone renovation, including Dunster and Winthrop. Construction on Lowell began in 2017, and FAS has already slated Adams to be the next House to face renovations.

Following the pause in SEAS construction during the recession, Harvard has since resumed work on the area and the new Allston campus will open in 2020, on schedule.

Smith is not the only administrator who has chosen to depart Harvard in the last few weeks. Dean of the Graduate School of Arts and Sciences Xiao-Li Meng, who was on a sabbatical, stepped down earlier this month. Interim GSAS Dean Emma Dench assumed his role.

Smith said in an interview earlier this month that the presidential transition could cause current administrators to reflect on their roles. But he declined to answer a question asking whether he would be leaving his post.

“I think people all are going through transition times. It's a natural time to think about ‘Do I want to continue doing this? Do I want to go up and do something else?’”