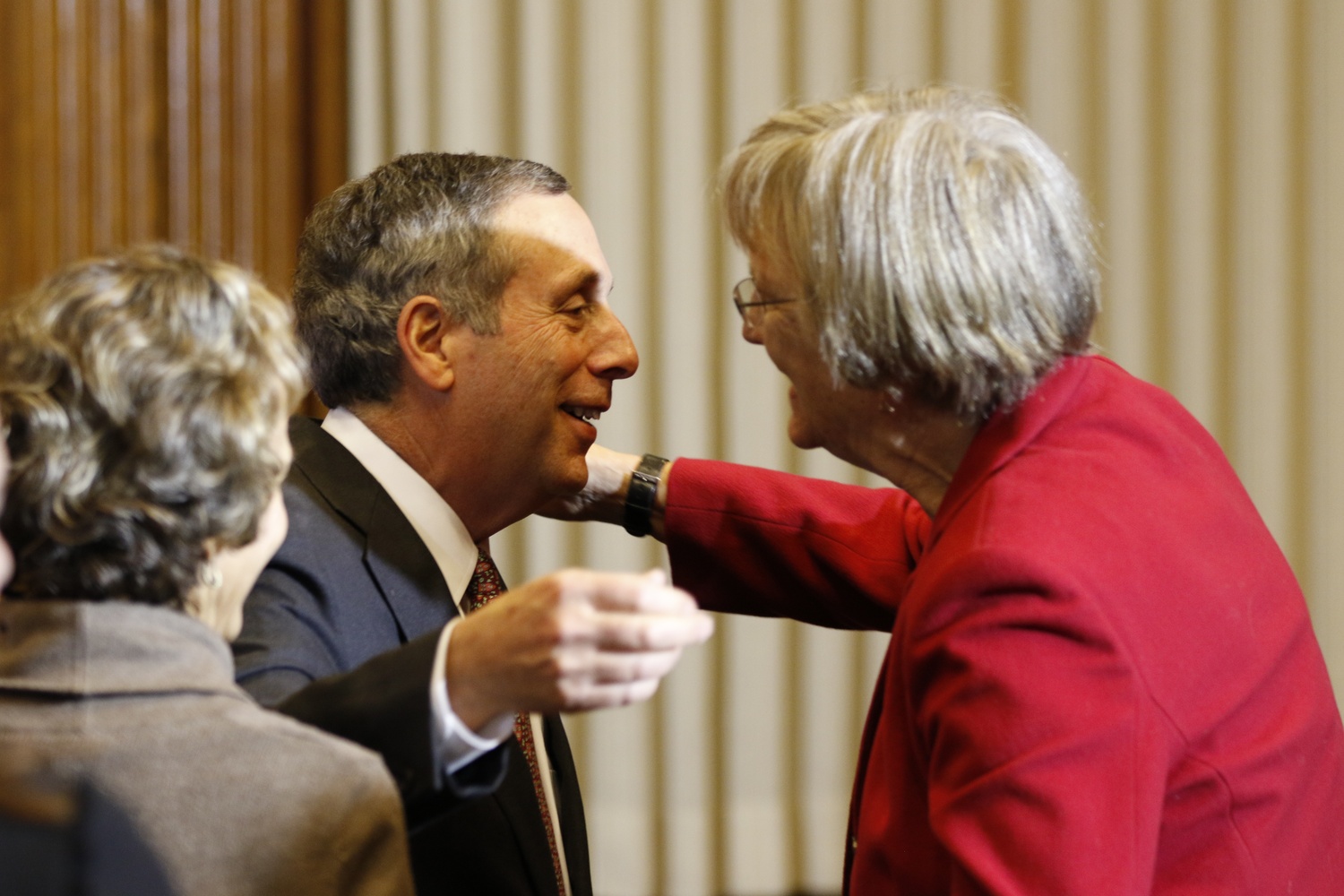 When University President Drew G. Faust was appointed to her role more than a decade ago, the transition began immediately.

Faust, then the dean of the Radcliffe Institute for Advanced Study, began acting as the University’s top decision-maker almost as soon as she became the president-elect. At the time, former University President Derek C. Bok was serving as interim president; he agreed to temporarily fill the post after Lawrence H. Summers resigned. Amid this presidential limbo, Faust sat in on deliberations during the spring of 2007 about the revised General Education program as a member of the Faculty and took the lead on searches for new administrators.

For President-elect Lawrence S. Bacow, who was named Harvard’s 29th president in February, the transition will be slightly different. With Faust very much still at the helm of the University, fewer pressing agenda items necessitate Bacow’s direct decision-making. In an interview in February, Bacow said he plans to spend the months before he officially assumes office this summer in “sponge mode,” learning as much as possible about leading the nation’s oldest university.

Moreover, while Faust worked just across the street from Massachusetts Hall prior to her appointment, Bacow lives out of state—meaning he has more physical ground to cover during the transition.

“President-elect Bacow is living in a different state at the moment and coming in for bits and pieces of time and trying to use those bits of time efficiently,” Faust said. “So he’s less present than I was.”

Nonetheless, as a current member of the Harvard Corporation—the University’s highest governing body—Bacow is already familiar with many aspects of the job.

“His knowledge of Harvard is going to enable him to start at a hundred miles an hour—not have to figure out what needs to be done over an extended period of time—so I think there will be enormous momentum from the very first day,” Faust said in an interview earlier this month.

Faust, who said she was “thrilled” about Bacow’s appointment, is now preparing to leave as Bacow learns the ropes. During one of his trips to Harvard this month, Bacow visited Massachusetts Hall to meet with administrators working under Faust. Faust, who did not attend the meeting, said Bacow expressed his excitement about working with the Mass. Hall staff.

In addition to learning more about the University’s inner workings, Bacow said he will step down from all his memberships on corporate boards to make more time to adjust to his new role. This marks a break from recent precedent; though Faust also stepped down from corporate board positions at the start of her presidency, she later joined the board of Staples, Inc. in 2012 and still serves in that role.

The presidential transition will likely bring administrative turnover once Faust leaves office. Bacow will quickly begin appointing administrators to help advance his own initiatives and fill recently vacated positions; in one example, he will need to find a new vice president for alumni affairs and development.

Faust has said, however, that she will continue the two dean searches currently underway for the Graduate School of Education and the Radcliffe Institute for Advanced Study. She said she will consult Bacow before selecting a final candidate.

When Dean of the Faculty of Arts and Sciences Michael D. Smith stepped down on Monday, though, Faust passed the baton to Bacow—he will head the search for Smith’s replacement. Faust led the May 2007 search for Smith just six weeks before she assumed office.

In an email Monday, Faust encouraged Harvard affiliates to share thoughts on the future of FAS and the deanship specifically with the president-elect.

“He has asked me to underscore that he sees the search not only as a way to identify a new dean, but also as a timely opportunity to learn more from many of you about the hopes and views of faculty, students, staff, and alumni throughout the FAS,” Faust wrote.

Faust said she expects Bacow to reach out directly to Harvard affiliates soon.

Beyond administrative appointments, Faust has worked to connect Bacow with prominent alumni. At an event earlier this month, Faust said she introduced Bacow to members of the University’s capital campaign executive committee.

“Part of what I said in my remarks to the group as I thanked them was that the best gift they could give me was to support the new president with a commitment and enthusiasm with which they have supported me during my time,” Faust said.

Faust, who meets regularly with members of Congress about issues spanning from immigration reform to the new tax on university endowment returns, said she has asked lawmakers to keep up a working relationship with her office and to continue ongoing discussions about political issues of interest to the University with her successor.

Bacow will officially assume office July 1, and his inauguration will take place Oct. 5.