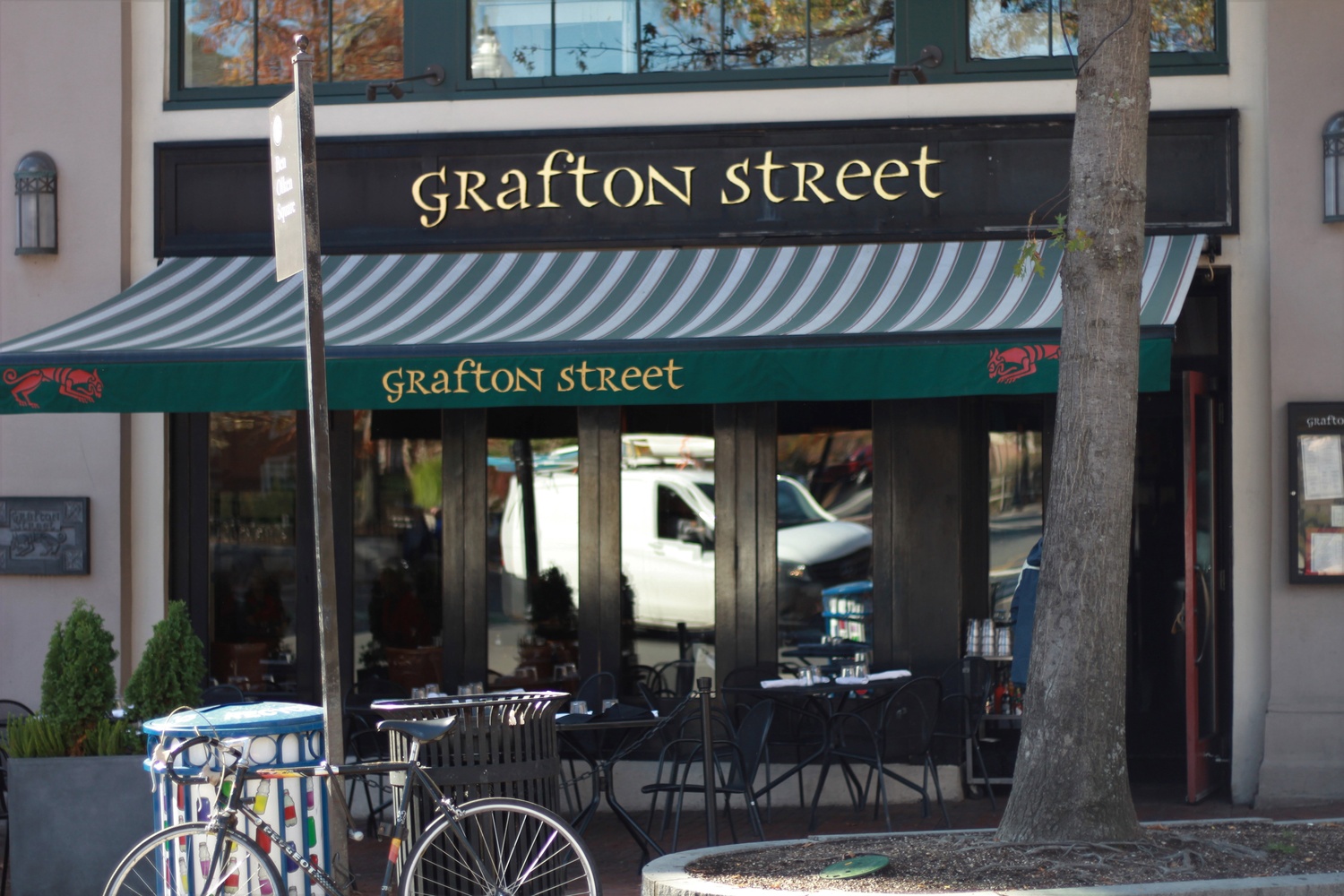 Grafton Street Pub &amp; Grill, one of the eligible restaurants for the Classroom to Table program. By Krystal K. Phu
By Devin B. Srivastava and Samuel W. Zwickel, Crimson Staff Writers

The Classroom to Table program, a popular initiative that allows students and faculty to dine at local restaurants on Harvard’s dime, has implemented new restrictions on student participation this semester—but is nonetheless facing financial uncertainty after using up all its allotted College funding.

In the fall 2017 iteration of the program, student participants could eat a maximum of four meals through Classroom to Table—meaning students could likely eat a meal with every one of their professors, given Harvard students typically take four classes a semester. Under the new guidelines, though, students are limited to two meals per semester.

The online sign-up form for the program is also now only available during administrative office hours, meaning students can sign up between 10 a.m. and 4 p.m. Monday through Friday. Previously, the application to join Classroom to Table was available to undergraduates 24/7.

These changes come in light of increasing interest from the student body; the number of student requests to participate in the program rose between fall 2016 and fall 2017. Last semester, 2,880 students and 528 faculty members dined together in 894 Classroom to Table-funded meals, according to data provided by Harvard spokesperson Rachael Dane.

But the changes also come as Classroom to Table faces financial difficulties. Dane wrote in an emailed statement Thursday that the program has run out of budgeted College funding and that administrators are working to raise more money for Classroom to Table.

“The program has exceeded our projections and the amount we had allocated for the program this year, and so the College will continue its efforts to raise funds to support this popular program moving forward,” Dane wrote.

This is not the first time Classroom to Table has struggled financially. Administrators halted the program in April of last year after the initiative exhausted its budgeted funds following higher-than-projected student and faculty interest.

The College implemented the four-meal restriction the semester after these financial difficulties. Prior to the 2017-2018 school year, there was no limit on the number of meals students and professors could enjoy on the College’s dime.

Classroom to Table is funded in part by Senior Gift, an initiative that encourages graduates of every Harvard class to donate to financial aid as well as to an unrestricted fund managed by the College.

The program was first piloted by the Office of Undergraduate Education in Sept. 2015. Under Classroom to Table rules, meals typically consist of one to two professors and three to five undergraduates. Both faculty members and College students can organize these gatherings.

Through the initiative, the College pays up to 30 dollars per person—excluding the cost of alcoholic beverages—for a lunch or dinner at one of several Harvard Square dining establishments. Restaurants currently participating in the program include Grafton Street, Park Restaurant, Russell House Tavern, The Hourly Oyster House, and Temple Bar.

Some students lauded the program’s ability to increase facetime with professors—which they said can be a rarity at Harvard.

“Even though Harvard's a pretty big place, we usually don't get much facetime with professors,” Yashvardhan M. Bardoloi ’21 said.

“It's automatically very relaxed, [you] don't feel very pressured to ask anything very insightful–you know, it's just about connecting with the faculty,” Li said.

Some professors said they also value the increased student-faculty interaction Classroom to Table facilitates. Daniel T. Gilbert, who teaches the popular Science of Living Systems 20: “Introduction to Psychology,” wrote in an email that he does not always get to make personal connections with undergraduates. Last semester’s SLS 20 class enrolled nearly 450 students.

“I rarely get to know my own students in more than a superficial capacity,” Gilbert wrote. “That’s bad for them and even worse for me.”

Gilbert wrote he thinks Classroom to Table is a “terrific” program and added he has eaten more than 25 meals with undergraduates through the initiative.

“Harvard College values the Classroom to Table program, which seeks to foster conversation and academic connection among undergraduate students to create additional opportunities for intellectual, personal, and social transformation,” she wrote. “We know that students and faculty alike value this program too (as noted by its high participation rates) and, as such, the College has made it a top priority in our fundraising efforts.”