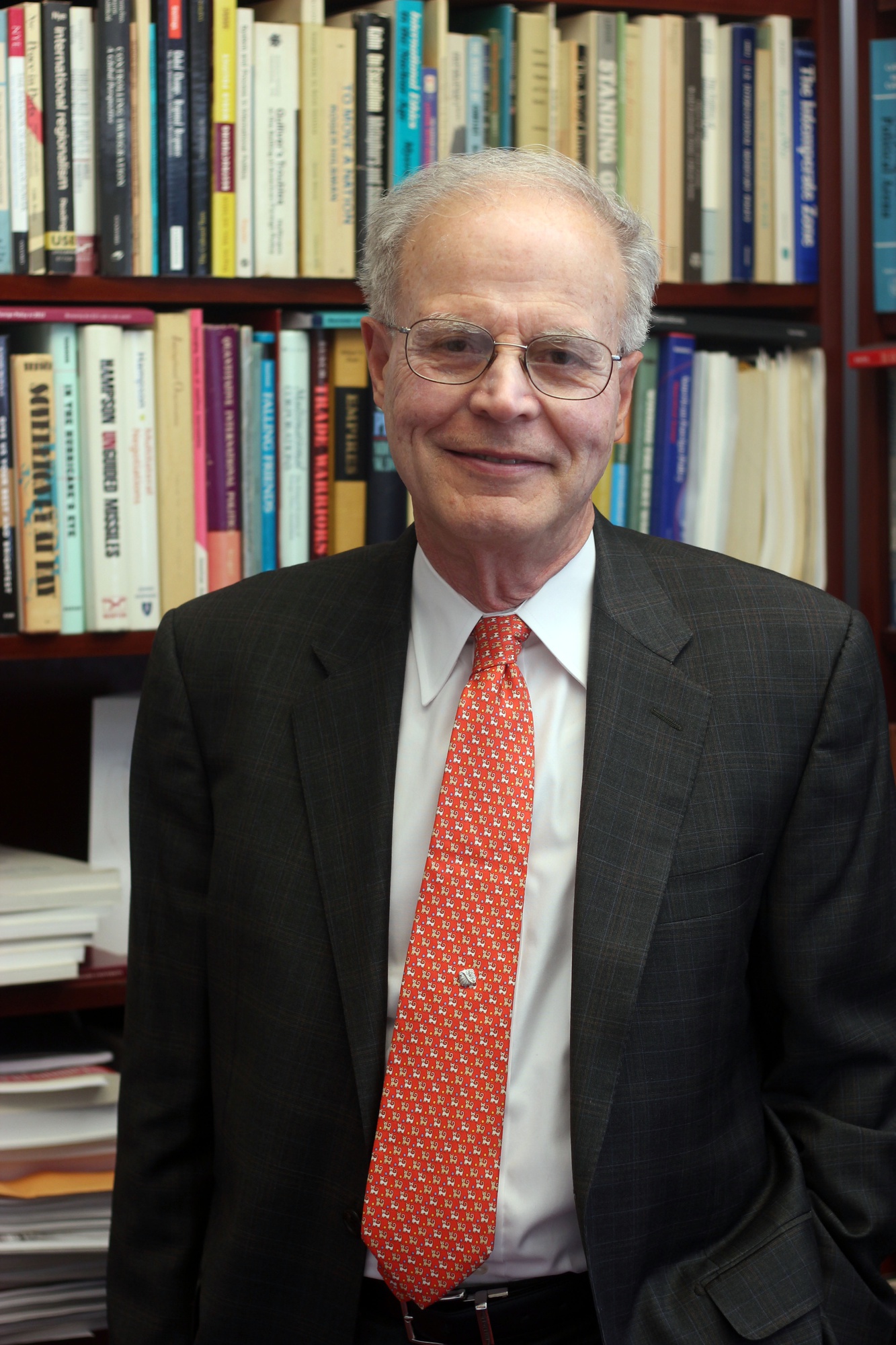 Jorge I. Domínguez PhD ’72 accompanied President Drew G. Faust on a Your Harvard trip in Mexico City in 2014. Dominguez is the Antonio Madero Professor for the Study of Mexico
By Shera S. Avi-Yonah, Crimson Staff Writer

Graduate students sent a letter to Government department faculty Tuesday condemning their handling of sexual assault accusations against Professor Jorge I. Dominguez and demanding the department take steps to address “years of apparent negligence” towards issues of sexual misconduct.

Dominguez sent an email to colleagues later that same day announcing he plans to retire at the end of the academic year and that he is resigning all administrative roles immediately.

Dominguez’s resignation—and the graduate students’ letter—comes days after the Chronicle of Higher Education reported on Feb. 27 that at least 18 women are accusing him of sexual harassment over a 30-year period. In response to the allegations, Dean of the Faculty of Arts and Sciences Michael D. Smith announced in an email Monday night that Dominguez would be placed on paid administrative leave pending Harvard’s “full and fair review” of the allegations against him. 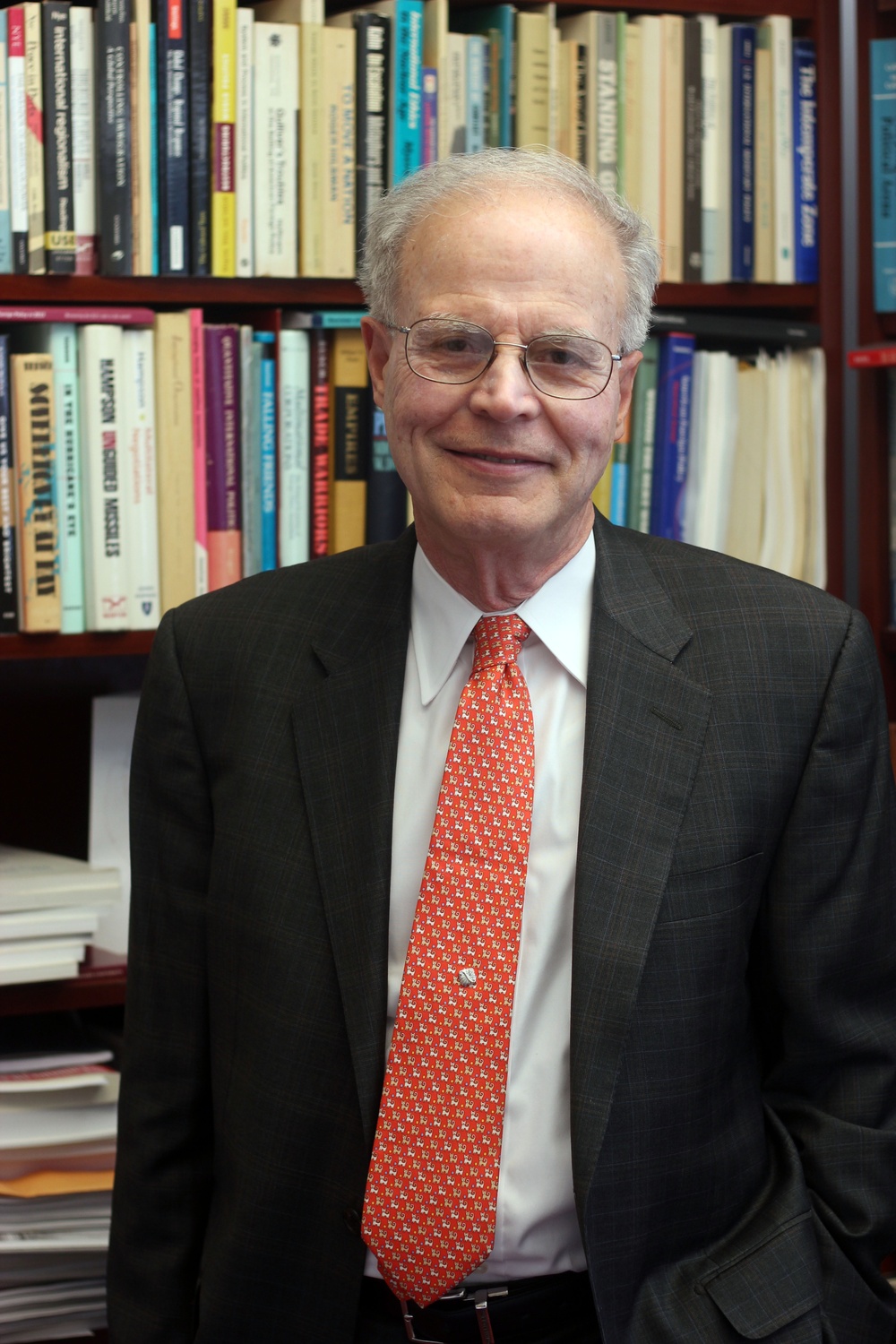 Jorge I. Dominguez By Lauren A. Sierra

“We went into the meeting hoping for answers. We left disappointed, disillusioned, and, for many of us, angry,” students wrote in the letter. “The meeting communicated a message of equivocation, powerlessness, and an unwillingness to commit to addressing this issue or instituting any significant changes within the Department.”

The letter also alleges the department has demonstrated negligence in its handling of sexual harassment. Government Ph.D. student Joshua C. Simons, who worked with DWG on the letter, wrote in an email that the Dominguez case “raised issues of systemic and persistent sex inequality” within the department.

“The University and Government Department have burdened female students with impossible choices and unacceptably onerous responsibilities,” students wrote. “Do they work with someone who may violate their trust? Or do they risk their career by not doing so? Individual students should never have had to navigate this decision.”

While DWG’s past findings about diversity in the department are not public, the letter also alleges that Harvard’s Government department has “few[er] women faculty compared to peer institutions.”

Hochschild declined to comment Tuesday on the graduate students’ letter.

In addition to requesting Dominguez’s removal, graduate students called on the Government department to issue a statement condemning sexual assault, institute a formal process for victims to come forward, inform potential students of the allegations, and begin both internal and external reviews of the department’s policies toward “sexual harassment, gender disparities, and other forms of discrimination and abuse of power.”

Government department administrators including Hochschild sent an email to undergraduate concentrators announcing the creation of a “standing committee” to investigate the reasons why Dominguez’s behavior went largely unaddressed for 30 years.

The email also contained the asked-for denunciation of sexual assault.

Graduate students who worked on the letter to faculty said they are dissatisfied with the department’s actions, both before and after the allegations against Dominguez became public.

"I was incredibly disappointed by the University's, and in particular the Government department's reaction to the Chronicle article. That said, I was not particularly surprised by it,” Government Ph.D. student Leah R. Downey wrote in an email. “Graduate students in our community have been working hard and speaking up about a culture of gender discrimination and harassment for years—to no avail.”

Government Ph.D. student Gabrielle Malina wrote in an email she is “deeply disappointed” in the University’s response to the Chronicle’s reporting.

“We hope that the department and administration will heed our requests to rectify this deafening silence by publicly apologizing for their behavior and condemning the reported abuse and harassment,” Malina wrote. “Anything else will send a devastating signal to women who are considering coming forward with their own claims.”

Hochschild also declined to comment on the graduate students’ claims.

The Diversity Working Group is currently working with Government graduate students and faculty to send a second letter to both University President Drew G. Faust and the community at large. That letter will likely be released later this week.