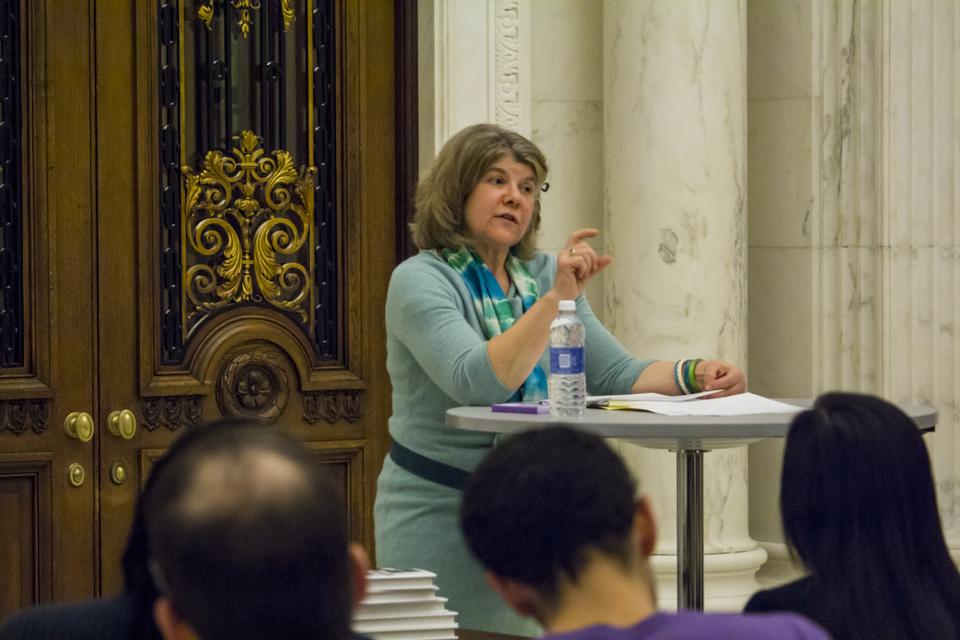 The Government department is forming a “standing committee” to investigate the “conditions” that allowed Government professor Jorge I. Dominguez to remain active in the department for decades while allegedly sexually harassing at least 18 women throughout that time period.

Government department administrators announced the formation of the committee in a letter sent to undergraduate concentrators Tuesday afternoon. Administrators also outlined a series of steps the department is taking to address academic and cultural concerns surrounding the allegations of sexual harassment recently brought against Dominguez.

The letter comes several days after two reports published in The Chronicle of Higher Education detailing that at least 18 women are accusing Dominguez of repeated acts of sexual harassment over the last three decades.

“We are taking a hard look at the conditions that allowed this pattern of harassment to continue and that prevented it from coming to light,” the letter reads. “We recognize that the combination of the 1980s case, the pattern of allegations spanning decades, the failure of the pattern to come to light, and the important role in your education of effective and professional faculty mentors causes you great concern and has undermined your trust in the department.”

“We state unequivocally that the Department of Government will not tolerate sexual harassment,” the letter continues.

Harvard first sanctioned Dominguez in 1983 after he made sexual advances towards former assistant professor Terry L. Karl and another graduate student. As punishment, then-Dean of the Faculty Henry Rosovsky removed Dominguez from the administrative positions he then held.

In the more than 30 years since, though, Dominguez has held at least four major administrative positions, including the directorship of the Weatherhead Center for International Affairs from 1995 to 2006. Dominguez announced Tuesday he will retire from his teaching job at the end of the semester and that he is immediately resigning the administrative roles he still holds at the Harvard Academy for International and Area Studies.

Thirty years later, Harvard has also taken new steps to punish Dominguez, placing him on “administrative leave” Sunday and launching an investigation into the allegations against the government professor.

Dean of the Faculty of Arts and Sciences Michael D. Smith has said Dominguez’s retirement will not affect the investigation.

The new committee will seek to develop a “deeper understanding of the conditions” that led to the Dominguez “situation” and will also create a “means for addressing them,” according to the letter.

The committee’s membership will include undergraduates, faculty, Ph.D. and post-doctoral students, and Harvard staff.

“Most generally, this committee will seek to address concerns about inappropriate power dynamics, gendered interactions, disruptive fear or anxiety, and other constraints on genuine discourse, learning, and free exchange of ideas,” Hochschild, Welch, and Allen wrote in their letter.

Though the committee is yet to be officially formed, some informal groups of faculty and students are already gathering to discuss changes that will take effect “in the near term,” according to the letter.

Hochschild, Welch, and Allen wrote that the committee’s creation is the first of many steps the department intends to take going forward to foster a “safe, healthy, and intellectually exciting environment” for all Government students.

Other initiatives listed in the letter include a planned meeting especially for undergraduate students pursuing Latin American studies—Dominguez’s field of expertise. The meeting, slated to take place March 21, will give attendees a forum to think about “curricular issues” as well as larger concerns over Dominguez.

The letter further encouraged any Government department affiliates who have seen or suffered sexual harassment at Harvard to come forward and share their experiences with Title IX coordinators. The encouragement echoes earlier calls from Harvard administrators, who last week asked students and faculty to speak up about sexual misconduct.

Finally, the letter assures students the Government department is working to resolve any problems with the “curriculum, advising, and organizational activity” that may arise from Dominguez’s decision to depart campus.

The letter came shortly after graduate students sent a letter about the Dominguez allegations to Government faculty Tuesday morning.

The graduate students’ letter specifically called for some of the steps later undertaken by the department, including both a public condemnation of sexual harassment and the creation of a departmental committee to investigate the Dominguez case.