Alan M. Dershowitz, professor of law emeritus at Harvard Law School, dined with President Donald Trump Tuesday and spoke to White House officials about the Middle East this week, he said in an interview Wednesday.

Dershowitz, who has established himself as a loud defender of the president’s legal rights, met with Trump's staff Tuesday to discuss peace talks in the Middle East. He later ate dinner with Trump and other guests before meeting with officials again the next day.

Dershowitz said he received an invitation from the White House over a week ago to visit and share his thoughts on the Middle East. 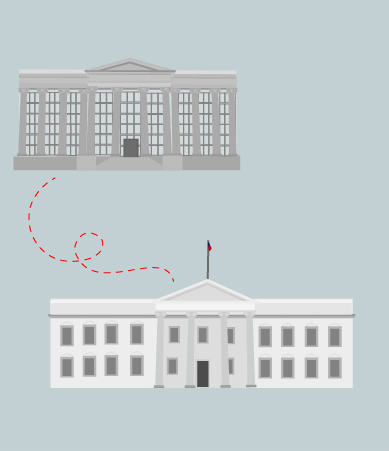 Dershowitz said he is “very close” to Israeli Prime Minister Benjamin Netanyahu, and that he has also met with Mahmoud Abbas, president of the Palestinian Authority. Dershowitz, who wrote a book entitled “The Case for Israel” in 2003, advocates a two-state solution to the Israeli-Palestinian conflict.

Dershowitz emphasized Wednesday that he has advised several past presidents on Middle East policies and will continue to do so.

On Twitter, Dershowitz wrote, “I have discussed the Mideast with every president since Bill Clinton. I will continue to do so as long as the president will listen.”

Dershowitz said Trump invited him to dinner as a “courtesy.”

The meeting came as Trump is mulling whether to strike Syria in the wake of a chemical attack last weekend that killed 70 and injured hundreds. Trump has blamed Syrian President Bashar al-Assad for the attack.

Asked whether he discussed Syria with Trump, Dershowitz replied, “Can’t tell you.”

Trump appeared to signal Wednesday morning that he would order air strikes against Syria, tweeting that missiles “will be coming, nice and new and ‘smart!’” On Wednesday evening, though, White House Press Secretary Sarah Huckabee Sanders said the administration has not yet decided what course of action to take.

Dershowitz said the purpose of his meeting with Trump had nothing to do with Monday's FBI raid on the offices of Trump’s lawyer, Michael D. Cohen. The FBI seized some of Cohen's business records, emails, and documents as part of that raid, according to the New York Times.

“It was a complete total coincidence that it happened the day after the raid on the office of his lawyer," Dershowitz said. "It was scheduled more than a week before."

During the dinner, Trump and Dershowitz mainly discussed the Middle East, Dershowitz said. Asked if any other topics cropped up, Dershowitz responded that he is “not [Trump’s] lawyer.”

“All I can tell you is I am not his lawyer. I have no legal-client relationship with him and I would never offer legal advice or give legal advice to somebody who was not my client,” Dershowitz said.

Despite frequently making the legal case for Trump’s actions in the press, Dershowitz maintained in the interview that he is not a defender of the president.

“I have never defended Donald Trump. I have only defended his constitutional rights and the constitutional rights laws,” Dershowitz said. “I’ve defended the rights of people who are subjects of investigation not to have their lawyers’ offices raided and their private, confidential communications read. That’s my position."

"But I’m not an advocate for Trump or a lawyer for Trump,” he added.

Dershowitz also said he has not been offered a position on Trump’s legal team and has no plans to legally advise Trump formally or informally in the future.

The White House did not immediately respond to a request for comment.