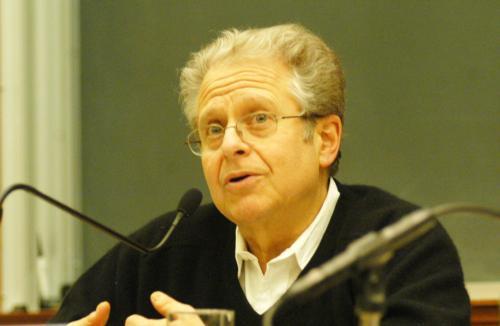 The suit, filed Jan. 23 in federal court, alleges that transactions between foreign governments and Trump’s business holdings, including hotel room purchases and leases in Trump’s towers, violate the Emoluments Clause of the Constitution. The clause prevents individuals holding offices of “Profit or Trust” from accepting “any present, Emolument, Office, or Title, of any kind whatever, from any King, Prince, or foreign State.” The suit includes summons for Trump.

Citizens for Responsibility and Ethics in Washington, the plaintiff in the case, is a Washington, D.C.-based organization that seeks to reduce the influence of money in politics. The organization has also filed a complaint separate from this suit, charging that a lease one of Trump’s companies owns on the Old Post Office Building in D.C violates a conflict of interest clause in the lease.

Trump announced in a press conference earlier this month that he has turned leadership and management of the Trump Organization, his international business conglomerate, over to his sons and a long-time company executive in a trust for the duration of his presidency. But Trump still maintains ownership of the company, and his attorneys have said that this separation resolves any potential conflicts of interest.

Trump’s lawyers declined to comment for this story, though Trump called the lawsuit "totally without merit" at a White House event Monday.

Tribe said in an interview that current arrangements fails to fix violations of the Emoluments Clause.

“The Emoluments Clause has nothing to do with how busy you are managing, it’s about whether you own something,” Tribe said. “As long as he maintains ownership of this vast business empire that can be benefited financially in dozens and hundreds of ways by many countries that want to gain his favor, he hasn’t avoided the Emoluments Clause.”

Other legal organizations have challenged also Trump’s business arrangements. On Thursday, the American Civil Liberties Union filed a Freedom of Information Act Request asking various government agencies for information about Trump’s business dealings and financial statements. The ACLU has also said it is looking into filing a suit against Trump about the Emoluments Clause.

“There are likely to be quite a few lawsuits, but I’m convinced that we’ve put together the strongest combination of plaintiffs and lawyers that we could imagine and we plan to go forward, and certainly welcome the ACLU and others with other litigation,” Tribe said.