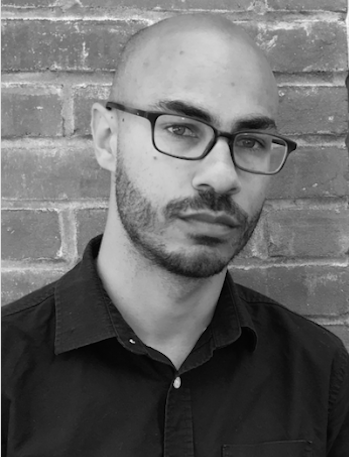 McCarthy is currently a doctoral student at Princeton University, busy completing his dissertation. McCarthy’s academic interests include African American literature, postcolonial theory, contemporary fiction and poetry, and film studies. McCarthy will assume his joint professorship at Harvard starting in the fall of this year.

Professor Lawrence D. Bobo, chair of the African and African American Studies department, wrote in an emailed statement that he is “delighted” McCarthy is on his way to Harvard.

“I do not recall ever having seen a more broadly consensual and excited faculty about an appointment than this one,” Bobo wrote.

McCarthy’s dissertation focuses on writing by black authors from the early Cold War period. McCarthy said that literature from 1945 to 1965 has not been periodized in the same way the eras directly before and after have. Additionally, McCarthy said, secondary sources tend to incorrectly classify black writers from this time under a communist or liberal umbrella.

“What I think is actually really distinctive and interesting about black writing, especially in this moment, is that I think they’re trying to dissent from both,” McCarthy said. “Hopefully, what my dissertation will do is show that, if we think about it as a discrete period, there are some real benefits in terms of the kinds of connections we can make in between writers that are sometimes not usually read together.”

At Princeton, McCarthy also started a digital humanities project, called Mapping Expatriate Paris. The project involves analyzing the records from Shakespeare and Company—a Paris bookstore, founded in 1919, that was frequented by writers like Ernest Hemingway, James Joyce, and Ezra Pound.

“We can see which books circulated the most and who was reading the same books or not,” McCarthy said. “Because you have the addresses, you can also map where people were living and how that changed over time.”

McCarthy is originally from New York, but moved to Paris at age eight. After graduating from Amherst College in 2006, McCarthy taught at South Brooklyn Community High School in New York, an institution that helps students who have had disciplinary difficulties, or have dropped out, seek another shot at a high school diploma.

“In a lot of ways, that’s where I learned the most, certainly about teaching,” McCarthy said.

While McCarthy is not yet sure what he will be teaching this fall at Harvard, he said he may teach an introductory lecture course on black poetry.

“He is going to bring a fresh, youthful perspective to African American literature studies taking up such critical topics as feminism, gender, and sexuality as well cinematic studies and criticism,” Bobo wrote. “The English and African and African American Studies Departments conducted a broad and thorough national search. Jesse McCarthy stood out unequivocally as the hottest new star on the horizon.”