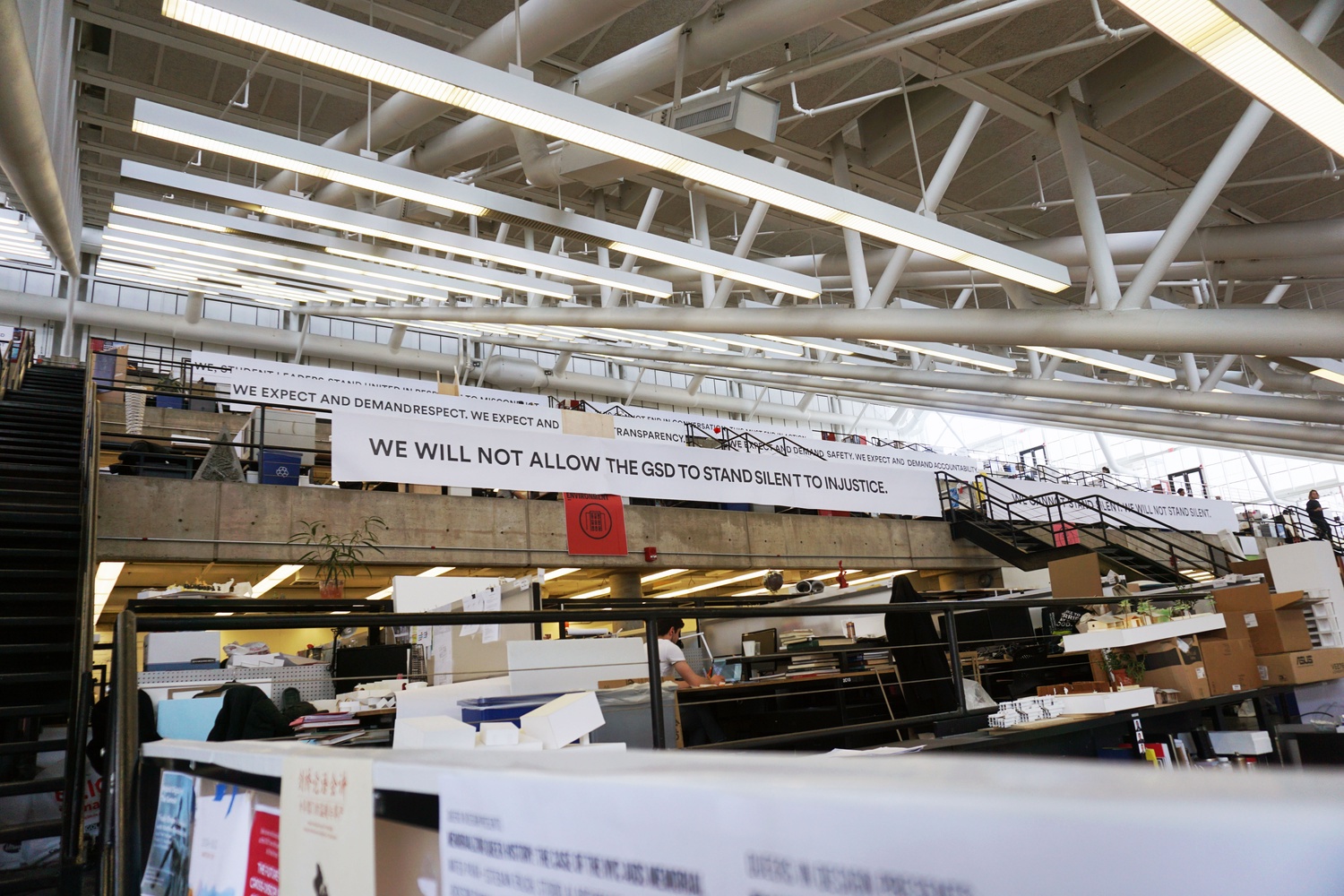 The spreadsheet is now “temporarily closed,” according to a message posted by the list’s administrators in the past few days.

The installation, which debuted last Friday, currently hangs in the Design School’s Gund Hall, a large, airy space that houses studios and offices for approximately 500 students and more than 100 faculty and staff. Lining all five levels of the hall, the banners display messages of support for those who have experienced sexual assault and assert students stand united against sexual misconduct at the school.

“We, student leaders, stand united in response to misconduct,” reads one banner.

“This cannot end in conversation. This must end in action,” reads another.

Still another: “We will not allow the GSD to stand silent to injustice.”

As of Wednesday, 22 student groups had hung banners in Gund Hall asserting the organizations “will not stand silent.”

Natasha H. Hicks and Lena M. Ferguson, GSD students and leaders of the African American Student Union and the Harvard Urban Planning Organization, respectively, directed these efforts in collaboration with other student organizations like the Student Forum, a student governance body, and Women in Design.

“A core message behind the installation is unity,” Hicks and Ferguson wrote in a joint emailed statement. “We wanted to make clear that we as student leaders stand together in our dedication to cultural change.”

“We wanted to send a message to incoming students that there is a student community here at the GSD committed to changing the toxic culture,” the two wrote. “We wanted to extend an invitation to those admitted students to come and help us continue to demand for institutional and cultural change.”

“At the GSD, we are working hand in hand with students and other offices across the University to maintain an open dialogue and take constructive steps to address these issues collectively,” Roberts wrote.

Phillip R. Denny, a Ph.D. student at the GSD, said he thinks it is “inspiring” to see students take the lead in speaking out against inappropriate behavior.

“It’s tremendously inspiring to see student leaders craft a statement of principle and to declare them so prominently and so publicly,” Denny said. “It really speaks to the belief that positive change is only going to come about if we all hold each other accountable as a community.”