50 Years On, ‘Odessey and Oracle’ Provides a Template for DIY Sophistication 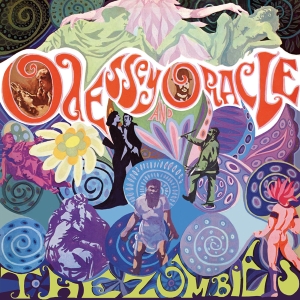 By Courtesy of The Zombies / CBS Records
By Alasdair P. MacKenzie, Contributing Writer

In today’s musical discourse, the term “DIY,” short for “do-it-yourself,” has connotations outside the bounds of its literal meaning; music tagged as “DIY” is often lo-fi and relatively simple in its composition and/or lyrics, and it tends to favor emotion over intellect. To the extent that music criticism tends to praise complexity and deride simplicity, DIY music is interested in creating a new set of values by which to evaluate music. Artists like Frankie Cosmos and Mac DeMarco exemplify this scrappy conception of DIY on a national level, and many less famous performers around the country make similar music in local scenes.

50 years ago, however, we saw a glimmer of a divergent vision of DIY music, and it came in the form of The Zombies’ album “Odessey and Oracle.” Plenty has been written about the greatness of “Odessey and Oracle”’s individual songs, but I want to focus on what seems to be an under-appreciated facet of the album: Its implicit suggestion that DIY music can be just as refined as high-budget, professionally produced music. “Odessey” was largely created in accordance with the literal meaning of DIY, but its songs are sophisticated to a degree that little of today’s DIY music dares to match, and its intricacy stands as proof that a DIY process can lead to a conventionally elegant product.

The Zombies are a British band whose fortunes rose with the successful singles “She’s Not There” and “Tell Her No” in 1964 and fell soon after, when the hits stopped coming. In 1967, after two years of minimal chart success—an eternity in the ’60s, when many acts released multiple albums a year—The Zombies decided to record one more album before breaking up. Executives at their label, CBS Records, both allowed them to self-produce and funded them, an uncommon arrangement at the time that helped the band get to work.

Much of “Odessey and Oracle’’’s DIY-ness was born out of these circumstances. For one, The Zombies could not afford to hire outside musicians when they wanted to augment the sound of their rock combo lineup (drums, bass, guitar, keyboard, and vocals). Their more successful contemporaries, like The Beatles, The Beach Boys, and Simon and Garfunkel, had access to massive budgets and regularly hired the best players in London, Los Angeles, and New York, respectively, but financial realities forced the Zombies to Do It Themselves. Not a single note on “Odessey” is played by a non-band-member. Instead of string and horn overdubs, many of its songs feature string- and horn-simulating sounds played on a Mellotron, a forerunner of early synthesizers. The Mellotron wasn’t even theirs—it had been left at EMI Studios, where much of the album was recorded, by John Lennon. (EMI is now known as Abbey Road Studios, and The Beatles did most of their recording work there.) And besides the Mellotron, there are relatively few overdubs on the album; most of the arrangements simply feature each band member on his typical vocal and instrumental parts.

Furthermore, The Zombies made “Odessey and Oracle” without a formal producer, while most other bands benefitted from a producer’s assistance with arrangement and performance decisions as well as technical matters. The Beatles had George Martin, Simon and Garfunkel had Roy Halee, and although the Beach Boys self-produced, bandleader Brian Wilson was an experienced producer by the time they made their acknowledged masterpiece, “Pet Sounds.” For “Odessey,” The Zombies had professional recording engineers for technical support but no one to serve as a Martin/Halee-style artistic midwife for their songs. Instead, band member Rod Argent served as an informal producer, dictating arrangements in addition to playing keyboards, singing, and writing five of the album’s 12 songs (bassist Chris White wrote the others).

A tight budget and lack of a producer are two common hallmarks of DIY music, and “Odessey and Oracle” is not entirely without the roughness that those limitations can cause. Some of the recordings sound thin and brittle—compare “I Want Her She Wants Me” to any track from “Revolver,” “Pet Sounds,” or “Bookends”—likely because Argent and White mixed them themselves, and the Mellotron string and horn parts often sound lo-fi and obviously fake. In these respects, “Odessey” bears some sonic similarities to mainstream modern DIY music. The album stands out, though, because it is not defined by its amateur moments. The instrumental performances, particularly Argent’s baroquely intricate piano and White’s melodic bass, are captivating and more than make up for the lack of “Pet Sounds”-style overdub density, and lead vocalist Colin Blunstone sings with a very un-punk choirboy grace. Listen to “Hung Up on a Dream,” “Brief Candles,” and “Beechwood Park” to hear Argent, White, and Blunstone working their respective magics.

Additionally, no recording, no matter how amateurish, could hide the sophistication of Argent and White’s compositions. Nearly every song is full of harmonic and melodic surprises, and almost every surprise feels called-for once it happens. Check out the deftly navigated modulations in “A Rose for Emily,” the shortened vocal melody in the last verse of “Maybe After He’s Gone,” or the unexpected major chord in the chorus of “Time of the Season;” each moment defies expectations, but at no point do the surprises themselves take center stage or detract from the songs’ other elements. Compare any of those tracks to the Beach Boys song “Girls on the Beach,” which abuses the upward chromatic key change. Sure, the song defies expectations, but it hits the listener over the head with key changes. Argent and White’s songs are much more tasteful, surprising the ear in subtler ways, and no less technically intriguing.

It is easy to guess why today’s DIY musicians tend not to emulate “Odessey and Oracle.” First of all, Rod Argent’s many years of classical music training likely helped significantly to hone his playing, writing, and arranging. Most musicians have not been trained extensively, some not at all, so an Argent-level instrumental proficiency and grasp of music theory is likely rare in the DIY world. Moreover, not many of the songs on “Odessey” are commercially oriented, so it is no wonder that the album has not been a relied-upon template for subsequent bands. Someone seeking musical success today should probably write a three-chord singalong rather than imitating “Changes” or “Butcher’s Tale.” Still, “Odessey” demonstrates that DIY music need not be defined by scrappiness or invested in changing the definition of musical greatness. Its story is one of a DIY album that strove for conventional greatness and unquestionably achieved it.