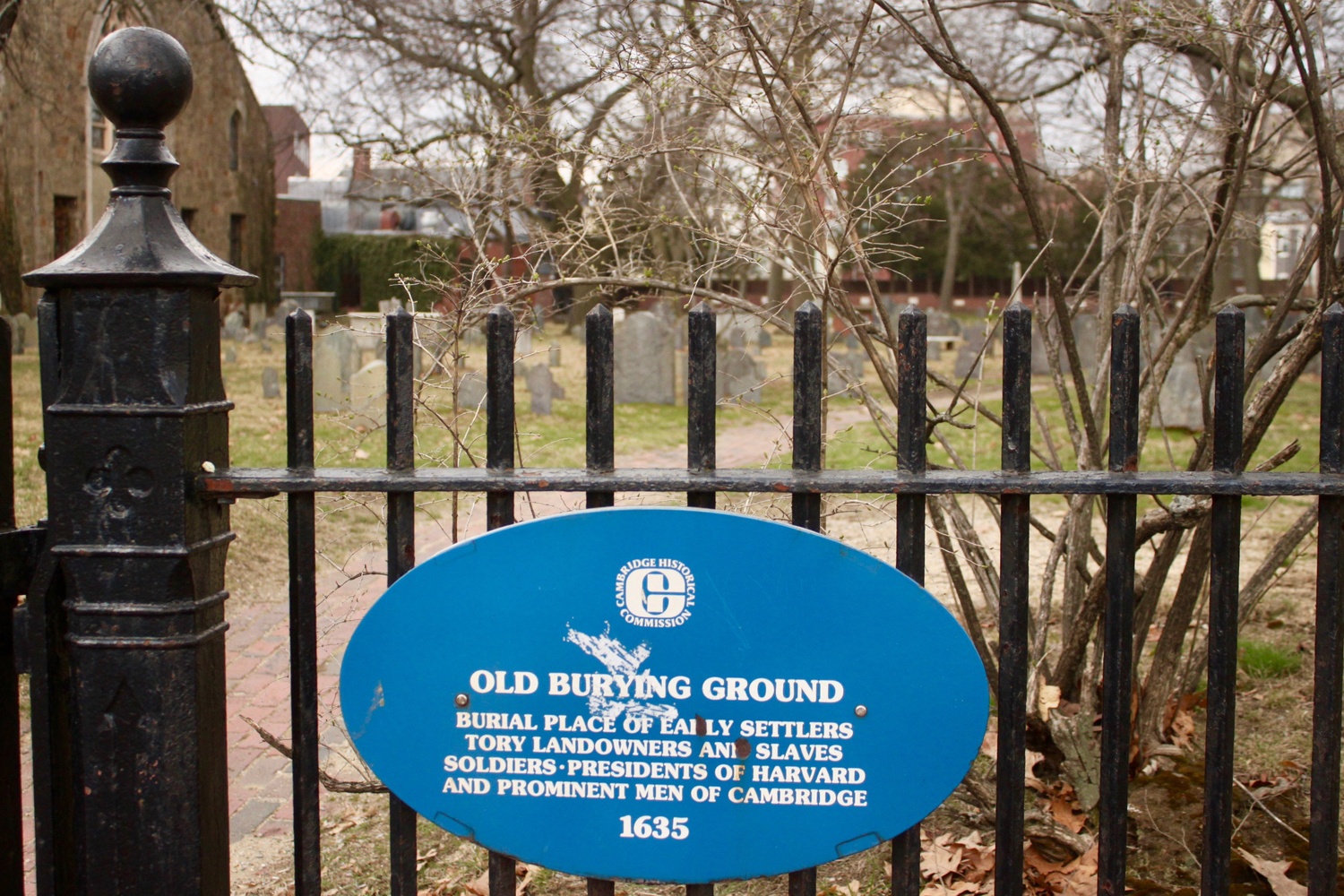 Ever since a small plaque caught his eye, Hill, a digital filmmaking major, has been doing research in the hopes of finding the exact spot where the two men are buried in order to give them headstones—which are not currently present in The Old Burial Ground, a cemetery located nearby Harvard's campus and across from the Yard.

“I was walking by the cemetery and noticed a little plaque outside that said something like, ‘revolutionary soldiers laid here and two African-American soldiers were buried here,’” Hill said. “That was really interesting because I tried to figure out where they were buried since they don’t have headstones.”

The Cambridge Historical Commission, the body tasked with preserving historic sites in the city, previously knew that the two soldiers, Cato Stedman and Neptune Frost, lay in the cemetery, though they did not know exactly where, according to Charles M. Sullivan, the commission’s executive director.

While the exact locations of Stedman and Frost have yet to be officially named, Hill is working with the Commission and the Cambridge Department of Veterans’ Services to find the right spot. Once determined, Hill plans to apply for headstones.

“It’s not so much a discovery, really,” Sullivan said. “It’s uncovering more information.”

By looking through old records and archives, Hill and his affiliates are trying to uncover more information about the individuals’ life stories as well.

“We’re just at the very beginning,” Hill said, noting he has many leads to follow.

Neil S. MacInnes-Barker, who serves as Director of the Department of Veterans’ Services in Cambridge, is working with Hill. He said they will work hard “to make sure we have solid evidence before we start the application [for a headstone].”

“We don’t want to put a stone in the wrong place. We want to be sure that we do it right, and we are not sure how long it will take,” MacInnes-Barker said. “This is another opportunity on many levels to right a wrong and showcase an individual who shouldn’t be left in the shadows.”

Based on Hill’s current findings, it seems likely that Frost and Stedman were buried alongside their former slave owners, indicating they were not buried in mass graves—as was common for the many enslaved people who could not afford a headstone.

“There are some authoritative guides that say that Cato and Neptune both were buried with their former masters, but we have to see evidence of that, and we haven’t seen the original historical records yet,” Sullivan said. “We’re hoping the original record might have more specificity and not just unsupported legend or hearsay.”

Hill, who calls himself a “huge history nerd,” said he has developed an affinity for finding unmarked graves and ordering headstones because the stones signify that someone mattered more than just records, he said.

“I want to tell the stories of people who are important and really made a difference in this world but are forgot because I feel like there are so many stories out there that have been forgotten for one reason or another,” Hill said. “History matters.”

“There’s so much history here, and it’s amazing to think of how many people have walked by and just thought about the history in Boston and not really recognized the blank spaces of individual contributions,” MacInnes-Barker said.

A previous version of this article incorrectly indicated that Jonathan Hill is working with the Cambridge Historical Commission and the Cambridge Department of Veterans' Services to perform digs. In fact, neither Hill nor any of the two organizations are performing digs.