From Cannes: ‘Sextape’ Would Have Been Better Off As an Actual Sex Tape 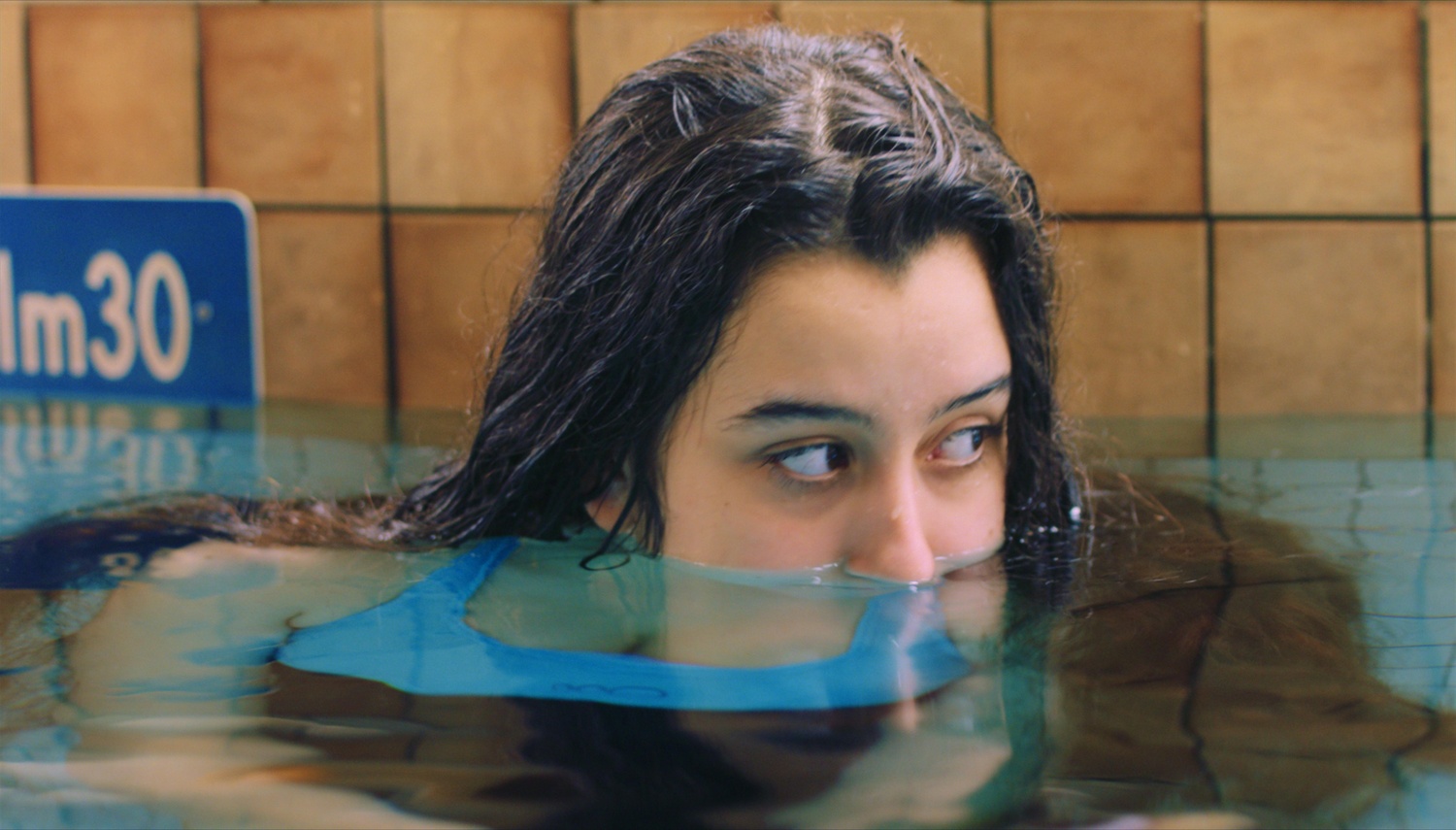 “Sextape”’s original French title, “A Genoux, Les Gars” roughly translates to “On Your Knees, Guys,” a phrase thrown in various iterations throughout the film at the protagonist, Yasmina (Souad Arsane) by her boyfriend-in-name, Salim (Sidi Mejai). Ironically enough, at the start of the movie, Yasmina has never even kissed a boy. She somehow can’t recognize an orgasm when she sees one, even when her older sister Rim (Inas Chanti)—the swan to Yasmina’s ugly duckling—fakes one à la Meg Ryan in the classic restaurant scene from “When Harry Met Sally…” As Rim’s moans get louder during the scene’s overused trope, Yasmina begs her to stop in a comical opener that bodes well for the rest of the movie (after all, too many films censor or misrepresent the sexual exploration of young women). Eventually, Rim “finishes,”—yes… Yes! YES!—but Yasmina still has a lot of questions: “Do I have to speak in English?” The film’s first few minutes hint at a coming-of-age (potentially romantic) comedy, but quickly crosses the line it barely tries to toe between the funny and the insensitive. In the #MeToo era, “Sextape” seems to promise a teenage anti-harassment story with a comedic spin, but too quickly spills into the disturbing by making light of a harrowing situation—based on true events no less, according to the film—that a few easy chuckles cannot make up for.

Rim decides to set Yasmina up with Salim, her boyfriend Majid’s (Mehdi Dahmane) best friend. The two share a first kiss in a swimming pool, hilariously interrupted by a young girl looking for playmates, but things quickly take a turn when Salim pressures Yasmina into giving him oral sex. In their own separate area, Majid tries to do the same with Rim, but where Rim refuses—she’s too much of a “feminist”—Yasmina reluctantly obliges, the first of many forced encounters she spends “On [Her] Knees.” Whereas Rim and Yasmina react differently to their respective boyfriend’s requests, Salim and Majid are in their words, “the same person,” two peas in a misogynistic pod, which is why when Rim goes away on a school trip, Salim manipulates and forces Yasmina into giving a drunken Majid oral sex to prevent him from cheating on her sister “in a moment of liberty, equality, and fraternity.” The best part? Salim films the entire encounter for his “own personal pleasure.” It comes as no surprise to anyone but Yasmina when Salim blackmails her into giving unlimited, buffet-style oral sex (his words, not mine) to him whenever he wants, presumably forever—or, as Yasmina negotiates, until February because then she has to study for her exams.

The film makes light of the entire situation—not to mention its other abounding homophobic and racist rhetoric—in a script that transcends farce into a thoughtless, offensive comedy. A collaborative effort co-written by the stars of the film, director Antoine Desrosières, and assistant director Anne-Sophie Nanki, the screenplay seeks to emulate the language of French youth both in reality and in the digital age. The actors speak in rapid-fire, caustic French, and along with their nearly incomprehensible text messages that appear as text on screen, their vocabulary recalls a particularly immature and condescending rather than realistic depiction of teenagerhood. An overworked attempt at humor, “Sextape” quickly takes what should be a hard-R rating and spills its impropriety into the film’s essence. By shirking away the potentially moralizing and prescriptive tone the movie could have taken, Desrosières goes too far and instead turns sexual assault into the punchline of a tasteless joke of a movie.

The film’s irredeemable downfall ensues from the cast’s lighthearted, inconsistent approach—to tone, to cinematography, to character growth—to depicting a truly horrific scenario. The dialogue ranges from purposefully chauvinist—”I kept it in the family!” is Majid’s defense for cheating and assaulting Yasmina when Rim finds out the truth—to maudlinly overserious to the point of nonsense: “You think you hate a thing, but it’s suffering.” The saturated colors meant to mirror the film’s raggedly playful tone contrast with Yasmina’s sullen, yellowed face, another in-your-face reminder of her misery in a world that simply does not care. The film tries to redeem itself by highlighting the love Yasmina and Rim have for each other as sisters who are “irreplaceable” to one another, but is too focused on its crassitude to truly develop their sisterhood, or even their characters. Rim, who prides herself on being a feminist by refusing to give Majid oral sex, proceeds to inadvertently slutshame her own sister when the latter tries to discreetly explain her predicament. To avenge Yasmina, they force Majid and Salim into an act of non-consensual oral sex before filming it and running away like two boys whose baseball fell onto the wrong yard. “Sextape” takes everything that needs to change about society’s devaluation and reduction of women to literal sextoys, and reinforces it in the failed comedy that it is—a stunning failure whose attempt to provoke brings its quality to its knees.